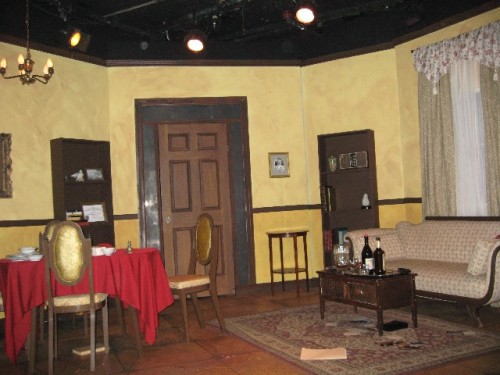 Not as orderly as it looks at first blush. 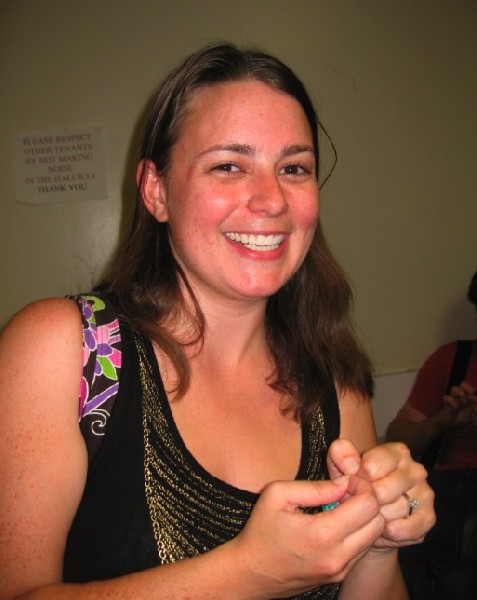 Julia Giolzetti is irresistible as Anna. 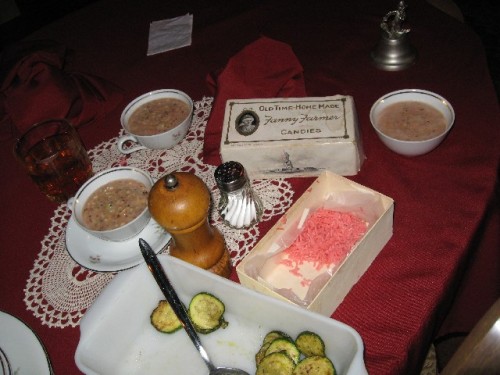 What’s in the Fanny Farmer candy box is only one of the evening’s surprises.

And Miss Reardon Drinks A Little was well-received in its Broadway debut in the early 1970s featuring Julie Harris and Estelle Parsons. This current revival by Longview Theater is a harsher but satisfying look at the story of three sisters struggling with the emotional tsunami following their mother’s death.

The language of the play, as always with Zindel, gives actors an opportunity to soar.  Molly Lovell (Miss Reardon) takes full advantage of her evocative and apt phrases. "A festooned cat's face,"  "The penultimate shortcoming... euphemism of the brain."  As the play progresses, she says less and less, perhaps because her tongue is numbed by booze, but Lovell always has our attention as she actively listens to the goings on.

Sometimes the sounds of the goings on escalate to such high decibels that they would be hard to ignore, even if you are tipsy.  The cock of Lovell’s head, the small smiles that cross her lips and the genuine concern for her youngest sister are continuously present in gesture.  The conclusion of this struggle between sisters is a surprising ah-hah moment to which all these small details add up.

Julia Giozetti (Anna) succeeds at the difficult job of drawing a sympathetic character from an accumulating pile of bad behavior: Yelling about not killing animals, insisting on a bizarre vegetarian diet and even drawing a pistol that belonged to Mom.  Giozetti weaves her spell, helping us sympathize.  She is not mad.  No, she has been driven around the bend by her Mother, and now her Mother’s living surrogate, the oldest sister Ceil.

Elizabeth Belzoni (Ceil) is Ms. Normal in the group.   Belzoni defines not simply with a businesslike brief case, correct pumps and suit, but also by her tightly drawn lips, which contain emotions and hold her errant words as acid wit and cruelty fly around the stage in the mouths of others.  She is the success.

Ceil has taken care of her family, in a responsible but not warm way.  She has escaped, marrying the one beau who had been attracted to her sister Catherine.  She rose to become superintendant of schools.  For her sisters, she has provided secure jobs in the education system, but Anna’s is now at risk because she has been accused of seducing a student.

Into this fraught family situation enter their neighbors Deanna Henson (Fleur) and Isaac Palitsky (Bob), a couple on their way to the theater, which turns out to be an iceskaitng extravaganza, not a play, because Bob can’t stand plays.

Fleur is trying to handle the McClouds, parents of the boy who Anna has – done something to.  Fleur is also trying to pass an oral exam which will move her up the education ladder. Henson is as colorful as her kool-aide pink jacket and as soft as her fur coat, that gets kicked around by Anna.

Anchoring the drama is Bob, a normal if henpecked character who tells it like it is, not exactly a popular position in the living room.  Palitsky is lively, twitching his way through to the truth.

Jeff Woodbridge directs with a brisk and yet moving pace.  The set and costumes seem just right for the period.

The conclusion of the play is not exactly the end and leaves you hoping for more. The play has plenty to recommend it, as Mom’s prominent absence is filled by her surrogate, and the other sisters come to a happy resolution.  After a pistol is pulled twice, the ending is a surprise.  Go find out for a moving evening of theater.