It’s Jewdy’s Show: My Life as a Sitcom 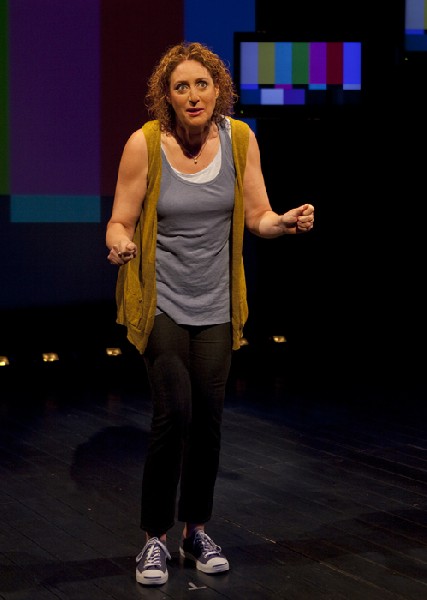 This Judy Gold, who spells it Jewdy, is like a six foot three inch, mother of two sons, Lesbian, stand up comic. Photos by T. Charles Erickson courtesy of Williamstown Theatre Festival. 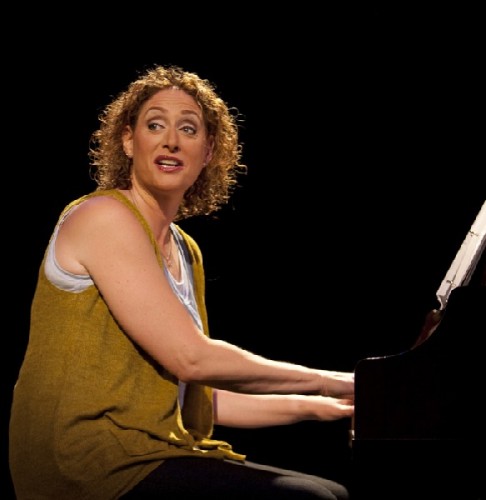 She sings and bangs on the piano like some gay Sophie Tucker. 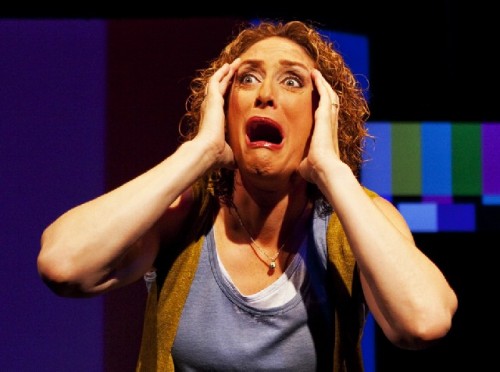 Like this is how her sister reacted when she outed herself. 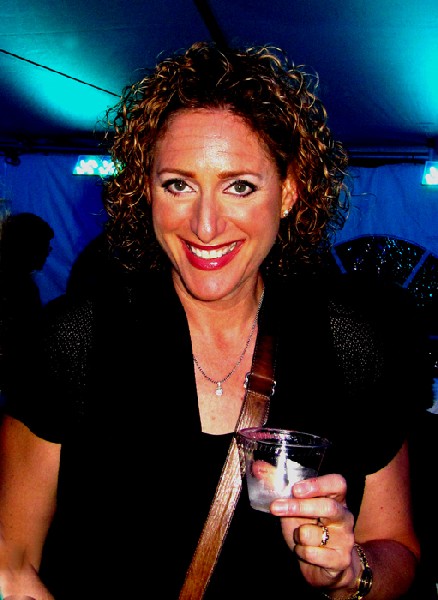 Sure, so, should I be laughing? Who knew?

For some hour and twenty minutes. Non stop with the laughing.

So I thought I would have a heart attack or something with the side splitting. I should end up in the hospital.

You know. Judy Gold, the standup comic from the neighborhood.

In Williamstown. Real classy. Where all the rich WASPS live.

Such houses, you should see them.

And what should I see on stage?

That’s right Sophie. Can you believe it already.

As a standup comic.

Such a soris for the family.

What? You don’t understand what is soris?

It’s like agita what you heard on the Sopranos. Only Yiddish.

You know, like Sammy Davis Jr., what was the one eyed Jew with all the talent.

So it seems like this Judy. What she calls herself Jewdy, is this great big, tall, gangly Lesbian who makes with the songs. What a racket. Banging on the piano like some Sophie Tucker. Only gay. Can you believe it? Such a curse.

Not so bad that she lives with this roommate for 12 years what’s a woman. Who knew? Then the roommate has a baby. But without the father. Such a curse.  Sophie, can you believe it, this is the worst part, she’s a shikse. Bad enough that Mrs. Gold’s daughter has a girlfriend but not even Jewish.

But at least they briss the kid. Mein Gott im himmel.

What this Judy, no Jewdy, wants is like a Sitcom. So everyone should see her on TV.

So, all night long, for one hour and twenty minutes already. She shows us old Sitcoms. Like photos and stuff. Some you might remember Sophie. For me, who had the time, what with the cooking and cleaning? Not like my Sammy made such geld or anything. Like we could hardly afford even a week in the Catskills.

So, I’m sitting there in the theatre. Such a classy place that Williamstown Theatre Festival. And this goy in front of me is gay. Like he’s laughing and I’m thinking what’s so funny. But the Jewish jokes. Them I get. So funny. Never was I laughing so hard. Sophie you should be there.

After a while I’m thinking, what is tough since she’s banging like a hammer on that piano. What I’m thinking is this woman is like really talking about a relationship.

But look Sophie. I can’t talk no more. Who has the time for just schmoozing? I got like a chicken to get in the oven for my Sammy and the house cleaning. Does it ever end? Look I’ll talk to you later. What you could call me from time to time. Why me all the time with the calling?

So Sophie, should you find yourself in Williamstown, which is full of goyim, you should see this Jewdy Show. Such a comedy. Like I’m still laughing.