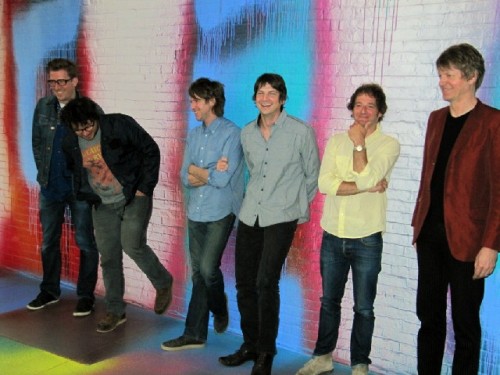 Wilco has returned for another Solid Sound Festival at Mass MoCA. Giuliano photos. 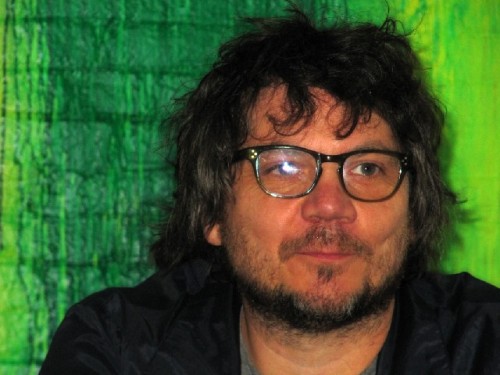 Wilco leader Jeff Tweedy is glad to be back at Mass MoCA. 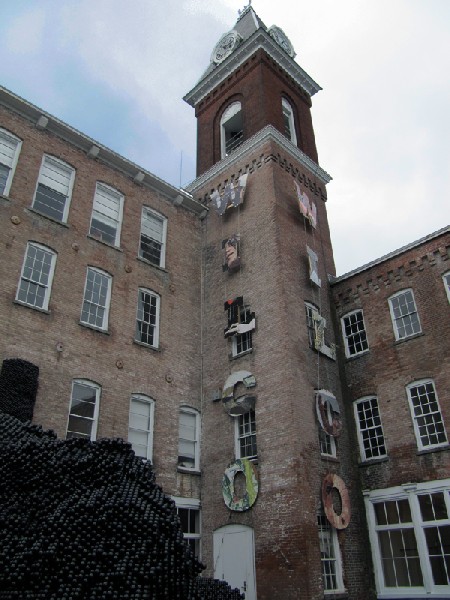 Wilco has settled into a relationship with the museum. 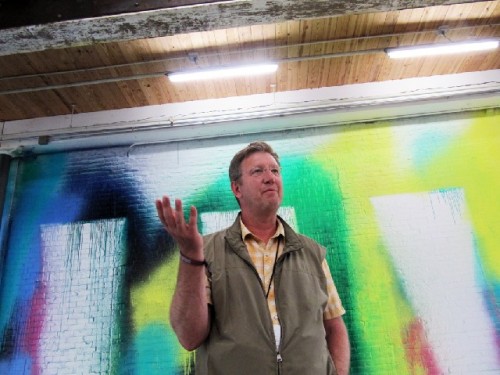 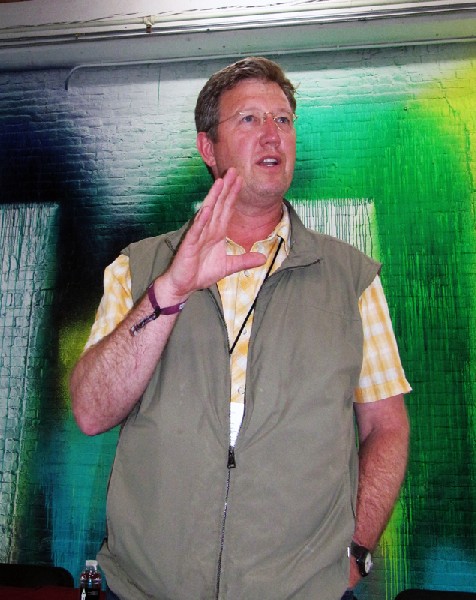 There was considerable expense and risk in launching the festival last year. 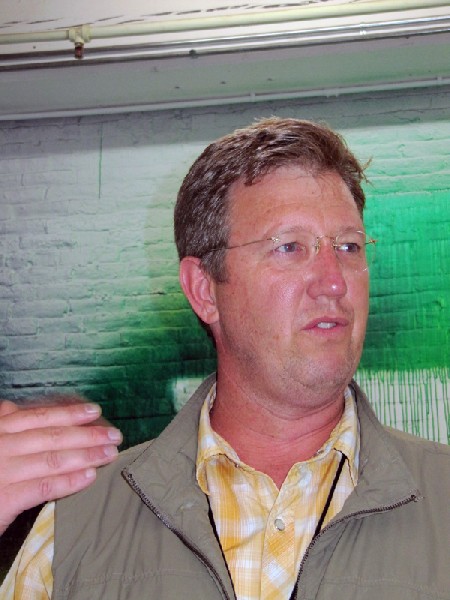 Yesterday afternoon Joe Thompson, the director of the mega museum Mass MoCA, introduced the Chicago based band Wilco, which has planted roots in the Berkshires. Including launching its record label in Western Massachusetts.

Last year the museum had considerable start up costs to prepare its campus for the multiple stages and performance areas required for a rock festival that attracted, over three days, some 6,000 people. There were a lot of logistics involved. While the festival had an enormous impact, and brought much needed tourism to the Northern Berkshires hospitality and restaurant industry, ultimately the museum lost money on the venture. There were also glitches in coordinating with the city to bring business to the down town.

After the festival, last year, there was in depth critical analysis of the event. The result is a stronger event this year as well as now firm commitments to stage the Solid Sound Festival as an annual event. While MoCA has not confirmed it is widely thought that the museum undertook the site development with a five year commitment from the band.

There are unpredictable variables but Mass MoCA, with a relatively small but energetic and committed staff, has proven that it can handle hosting a festival. Also the city, under first term Mayor, Dick Alcombright, has proven to be a flexible and supportive creative partner.

On every level the Solid Sound Festival represents a paradigm shift and game changer for the Northern Berkshires. The switch to June, in the shoulder season, gives unique focus to the festival which is not competing with the normal flow of tourism that clusters around Lenox, Tanglewood, and Southern Berkshire County which is an hour closer to New York City. Actually, in an unusual occurrence, on Saturday night during the festival, Wilco will go head to head with Earth Wind and Fire which is appearing at Tanglewood. It is considered that they drawn on different demographics.

The fans of Wilco come from all over the country. It is more of a national than local event. For many out of state visitors it is a great introduction to Mass MoCA and the hospitality of North Adams. While the vast museum, and its proximity to the Clark Art Institute and Williams College Museum of Art, has long been a destination for a fine arts audience, Wilco has now introduced the region to  entirely different and younger visitors.

Just before he was about to introduce the band during a press conference we spoke with Thompson about the impact of the Solid Sound Festival.

Charles Giuliano Here we are again. Are you excited?

CG What will be different this year?

JT A couple of things. We’ve opened up the whole campus. Last year the back field was closed and big sections closed off. Last year people were coming early to get a good seat but I kept telling them not to worry there is a lot of room.

CG Have you opened up the back connection? That leads to down town directly and Heritage Park.

JT No we are a couple of months away. Right now we are calling it Potty Row. (Where the comfort stations are located.)

CG Is that where you are going to put a Kiefer along the way?

JT A what? (long pause and laugh). Kiefer?

CG You’re doing more down town during the festival this year.

JT We are doing more.

CG That didn’t go so well last year. How did you coordinate that during the off season?

JT We’re absolutely excited and enthusiastic about what’s going on down town this year. We’re not actually programming it. A couple of bands from here are going down town afterwards. There’s music in some of the restaurants. The bars are open until 2 AM. The main thing is giving the down town a boost. The Tent Grounds are down town. We’ve opened up about 250 ten sites for about 800 people. It’s just past Joe Thompson Field (the main stage of the Solid Sound festival). You will notice that because 800 of the people who are here, roughly, a significant crowd will be staying right down town. I have a feeling that’s going to change the vibe.

CG In what sense?

JT There will just be more people. Last year we had this event in August. By then most of the hotels in the area were already full.

CG Exactly. It was the normal high season in the Berkshires.

JT When we announced the event about 60% of the rooms were already sold out. People were staying fifty and a hundred miles away.

CG We’ll be walking from the loft.

JT And a thousand people will be walking with you.

Thompson introduces Wilco to the media.

Welcome everybody I’m Joe Thompson. I direct the institution formerly known as Mass MoCA. We’re just going to change the name of the whole place to Solid Sound. Just give up. We’re delighted to have Wilco back for a second year. Some of you I recognize from last year. That went pretty well. We decided to give it another whirl. A couple of things are different this year. Most notably the art. I have one message for you. With the exception of the Sol LeWitt galleries, which we are proud to leave up for another 22 years now, everything you see in the galleries is different than you saw last year. We change about 120,000 square feet and I urge you to come see them. We love this event and are really, really proud to host Wilco. It’s a band that feels very close to the DNA of Mass MoCA. They make new music, wildly inventive. We just couldn’t imagine a better group of people who make music and art. We are just so proud to host them.