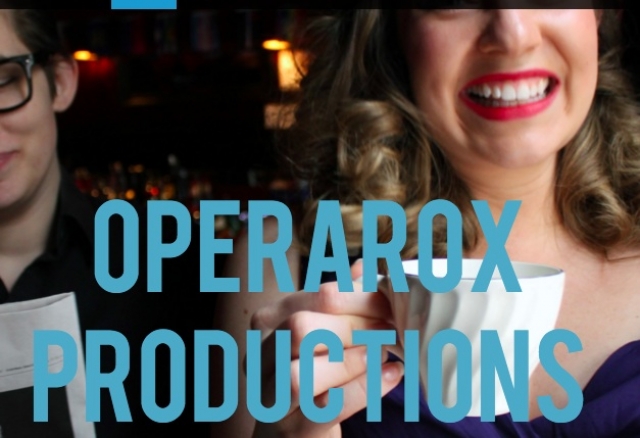 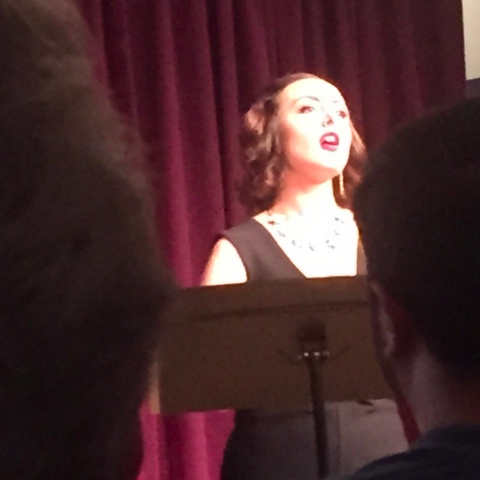 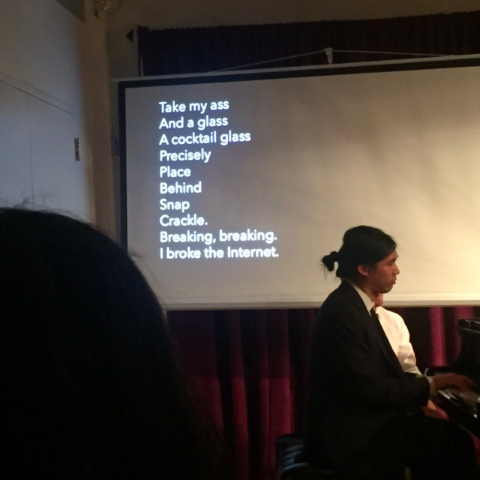 OperaRox, a passionate and persuasive group that is promoting new compositions for the human voice, presented the final program in the New York Opera Fest 2017. Clearly this is not the last word for opera.

A form that the Metropolitan Opera often presents as either fusty or foolishly modern, is in the hands of young talent eager to reach audiences made up of their own age group. Multiple composers present cutting edge and attractive songs and operas. Even in pared down concert form, the compositions intrigue.

OperaRox is committed also to giving burgeoning talent a place to perform. The marriage of artist and composer is accomplished with surprising and moving effects.

First up on the program was a recent graduate of a music program, Alexa Rosenberg. She dares to perform  Humming-Bird by Robin Haigh, a challenge for any mezzo in its wide range.  Rosenberg was dressed in hummingbird green with a gold necklace, changing colors at every turn as her notes danced over the octaves. Catching quick changes in patterns, snapping along and then streaming, a sense of wonder is conveyed. Clipped lines and long vowels colored the music.

Max Vitagliano is a tenor to watch. In the long song describing nothing, the composer Marc Hoffeditz provides a rich palette of something. The Nihilists twists and turns through subtle and dramatic dynamic changes. It is Vitagliano’s whisper that draws you in.

Dana Kaufman’s Cycle Kardashian brought the audience to attention, laughing, saddened, torn between the glitz of the images and the sadness of a life where only the closet is comfortable. Celebrity leaves little space for peace. In these selections from an opera in process, Tom Swift provided the libretto.

The combination of text, music and performance was perfect and surprising. For instance, repeated sentences were broken up as Wallace Stevens and e.e. cummings might have done. The music matched and mezzo Melissa Serluco hit her beat perfectly. Kaufman’s take on the story, as it was performed in snippets, suggests a lively, engaging and moving opera is in the works.

The second part of the program opened with J. L. Marlor on her electric guitar, using the language of a prompt she put out to describe experiences in which words fail. Soprano Ryan Colbert rendered these words with a touching tenderness.

The finale was a performance of scenes 1 & 3 of Price Walden’s The Contract Player, the opera proposal that won the competition. The earlier pieces had been honored as rich runners up.

Walden and librettist Lane Williamson have imaged Hollywood 1947, where wholesome male and female images required the suppression of nature. Todd Haynes film Far From Heaven is deeply etched in the imagination. 'Passing' is tough on people and requires attention that would much better be placed on the art.   We were teased in these early scenes with struggle the central characters, sung beautifully by Nathaniel Sullivan and Maayan Voss de Bettancourt, undergo. Famously the Barrymores lived together and led separate private lives. The Tracy/Hepburn romance was in name only. No wonder Mrs. Tracy put up with it. We await the unwinding plot and music for an opera that promises to anger and move us. Jeremy Weissmann conducted. Shawn Chang accompanied through the evening.

OperaRox is committed to paying the people it presents, artists and creators alike. This demands a fund-raising effort that founder Kim Feltkamp undertakes in addition to her creative roles. Her passion for the opera form helps opera live. This spirit is a perfect way to end the NY Opera Fest.