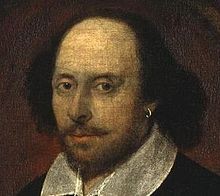 As part of the celebrations for its 35th Season, Shakespeare & Company is pleased to introduce a series of presentations and events tailored to its summer performance season. Engaging discussions, riveting talks, and insightful Q&A’s will all be featured in the Company’s packed calendar of special events. For more information on all of Shakespeare & Company’s special 35th Season offerings, including Founders’ Talks, Author! Author!, Tuesday Talks, Wednesday Q&A’s, Behind the Scenes Tours, and other special events, visit www.Shakespeare.org.

Founding Artistic Director Tina Packer: One of the leading experts on the Bard, Tina performs, directs, teaches, and writes about Shakespeare with an energy and vivacity few can match. She has received numerous awards, honorary doctorates and fellowships, continues to lecture at colleges and universities around the country. Her time is currently taken up developing and performing Women of Will.

Fight Director and Choreographer B.H. Barry: A fellow of commanding presence and a founder of Shakespeare & Company, B.H. Barry is an accomplished fight and stage combat director. He is a co-founder of the Society of British Fight Directors, and has taught at Julliard, Yale, NYU and Circle in the Square Theatre School, where he currently teaches. Mr. Barry has also worked on Shakespeare productions for BBC and the Royal Shakespeare Company. He has been awarded both a Drama Desk and an OBIE Award for Sustained and Consistent Excellence in Stage Combat, and is the first Fight Director to receive a special Tony Honor for Excellence in the Theatre.

Choreographer Susan Dibble: Choreographer, dancer, painter, professor—Susan Dibble is the Barbara Sherman ’54 and Malcolm L. Sherman Chair of the Theater Arts Department at Brandeis University. Her areas of expertise, among many, include movement for the actor, historical dance, movement styles, modern dance, composition and choreography, clown, mask, Rudolf Laban Movement Theory, and history of dance and movement training. Her talk will cover the influence of the late movement director and Shakespeare & Company founding member John Broome.

Voice Teacher Kristin Linklater: A founder of Shakespeare & Company, Kristin Linklater is the author of Freeing the Natural Voice. She has taught at New York University, Emerson College, and is currently a professor at Columbia University. She has worked with the Open Theater; the Negro Ensemble Company, Stratford, Ontario; the Guthrie Theatre; and Broadway shows.

Director of Training Dennis Krausnick: Dennis Krausnick is a founder of Shakespeare & Company and currently serves as its Director of Training. Mr. Krausnick has been instrumental in creating and developing the Company’s internationally acclaimed actor training programs. He has also developed a number of training programs utilizing theater training methods for the non-theatrical clientele. This summer, Mr. Krausnick is performing the title role in the Company’s main stage production of King Lear.

Artistic Director Tony Simotes: A Master Teacher of Fight and Movement, Mr. Simotes has been one of the Company’s Artistic Associates since 1995 and is the current Artistic Director. A founding member of Shakespeare & Company, he the director of many critically acclaimed productions including As You Like It, Othello, and will direct Olympia Dukakis this summer as Prospero in The Tempest.

NEXT UP: Author! Author!

Author! Author!  fits the bill for a provocative and stimulating lineup of best-selling authors and notable artists leading informal discussions on their latest works and projects. Every Sunday morning at 10:30 AM, from July 8 through September 2, authors and artists invite you into their imaginations to share their inspirations, techniques and tricks of the trade. Light a la carte breakfast fare will be offered before the discussions in Josie’s Place lobby at Founders’, and book signings with the authors afterwards will also be on tap. Visit www.Shakespeare.org for more information.

Robert B. Strassler is an unaffiliated scholar whose work includes The Landmark Thucydides, which The Washington Times called “the finest edition of Thucydides ever produced.” Mr. Strassler is an active member of Shakespeare & Company's Board of Directors.

Simon Winchester is a British-American author and journalist. His book Atlantic: Great Sea Battles, Heroic Discoveries, Titanic Storms,and a Vast Ocean of a Million Stories, a "biography" of the Atlantic Ocean, was released in 2010 to critical acclaim. His next book, Alice Behind Wonderland, will be published in the spring of 2011.

Francine Segan is a food historian, author, and public speaker. Her cookbooks include The Opera Lover’s Cookbook, Dolci: Italian Sweets, and Shakespeare's Kitchen. Over the past decade, she has given several popular talks at Shakespeare & Company about Renaissance cooking.

Elizabeth P. Tierney, Ph.D. is a writer, trainer, consultant and lecturer in Communications and Management. Her book Dignifying Dementia was released in 2011.

Arthur Phillips is a novelist whose work includes Prague, The Egyptologist, Angelica, and This Song Is You. His latest book, The Tragedy of King Arthur was named a New York Times Notable Book.

Dr. Carol Gilligan is a writer and psychologist whose work in gender studies has earned her numerous awards, including being named to Time Magazine's list of 25 Most Influential Americans. She is the author of several books including In a Different Voice.

Dr. James Gilligan is a psychiatrist that researches and lectures on the American prison system, and methods to reduce violent behavior.

Terry Teachout is the drama critic for The Wall Street Journal. His books include Pops: A Life of Louis Armstrong, All in the Dance: A Brief Life of George Balanchine, and A Terry Teachout Reader. His first play Satchmo at the Waldorf runs from August 22 through September 16 at Shakespeare & Company.

Daniel Klein is the co-author of Plato and a Platypus Walk into a Bar and author of History of Now, in addition to various mysteries and thrillers. His play Mengelberg and Mahler received its world premiere at Shakespeare & Company in 2010.

David Black is an accomplished journalist, novelist, screenwriter and producer. His recent novel Like Father was named one of the seven best of the year by the Washington Post, and a notable Book of the Year by the New York Times. Black has worked as a writer and producer for Law & Order for many years, a producer for Miami Vice and most recently as a writer for Blue Bloods.

Join Shakespeare & Company every Tuesday from July 3rd through August 7th for an intimate discussion with Company actors, directors, and scholars. Hear their process behind creating this season’s productions, and the key themes of these thought-provoking plays. All talks take place in the lobby of their respective theaters. Tickets are $8 for adults and $5 for students.

The productions have you talking, so why not include the actors in your conversation? Join Shakespeare & Company every Wednesday in July and August for an informal Q&A with the actors from the following productions:


Behind the Scenes Tours

Every Wednesday and Saturday from July 4th through September 1st at 10:30 AM, go behind the scenes at Shakespeare & Company. Peek around the curtain with this in-depth tour, which takes visitors to the costume shop, scene shop, backstage areas, weapons storage, and more. An interesting and informative two-hour adventure not to be missed! Tickets are $10 for adults and $5 for students.