Children of a Lesser God at BTG

A Story of Love, Communication and Connection 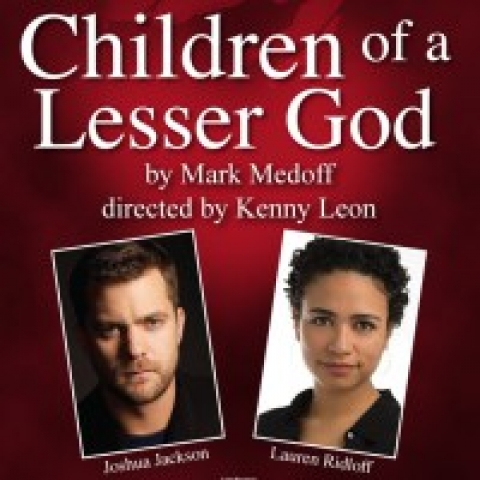 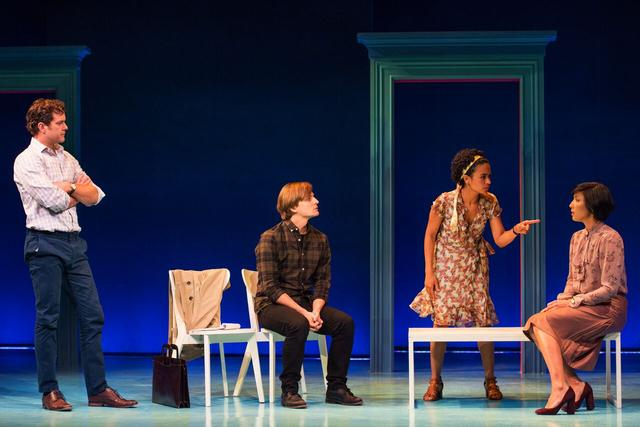 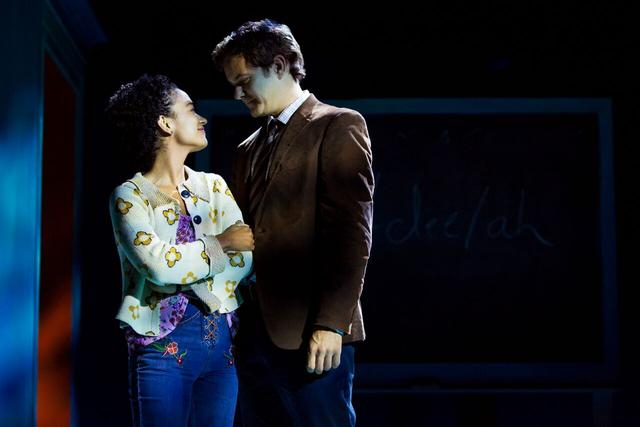 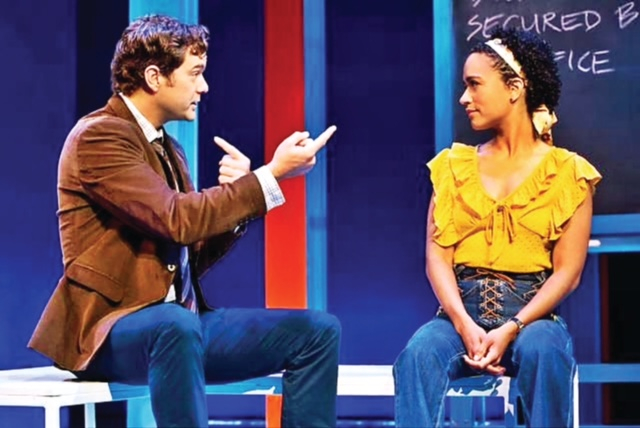 With the current proliferation of social media, Facebook and Twitter, many worry that communication between humans will be boiled down to short phrases texted to one another with no eye contact or vocal expression.

This makes BTG's production of Children of a Lesser God by Mark Medoff particularly timely.  This Tony Award-winning play, directed by Kenny Leon (who won the Tony Award for Best Director for the recent revival of A Raisin in the Sun with Denzel Washington) is all about communication and connection.

The story takes place at a school for the deaf. After joining the staff, James Leeds, a (hearing) speech therapist and teacher with great enthusiasm has unorthodox approaches to educating the deaf. He meets Sarah Norman, who has been at the school since she was five.  At 26, and now a maid there, she has weathered the cruelty of being considered deaf and dumb, since she also does not speak. Sarah dropped out of school and stopped having dreams.

As James discovers, Sarah is very bright, stubborn and dedicated to NOT speaking or learning to read lips.  These two characters dance around one another as they fall in love.  As portrayed by Joshua Jackson and Lauren Ridloff, the emotions these characters feel erupt on stage.

Though Ridloff does not speak throughout the play, the audience is never in doubt about what she is communicating.  She is remarkable in her theatre debut from the moment she steps onto the stage.

Jackson has the double duty of his own lines, as well as translating Sarah's sign language.  He achieves this remarkable feat with what looks like apparent ease, while still drawing the audience into the many emotional layers of his existence.

As James tries to help Sarah navigate in a hearing world, her feisty persona and sensuality come to the fore.  We meet her mother, in a nuanced performance by Kecia Lewis, who early on gave up trying to cope with Sarah's disabilities, but remains loving.

We also meet Franklin, the principal of the school, in a sterling performance by Stephen Spinella (who won Tony and Drama Desk awards in his Broadway debut in Tony Kushner's epic Angels in America). Franklin's wit, sympathy and humor all come across in a terrific performance.

John McGinty as Orin, Sarah's close friend from childhood, is also excellent. He is someone you root for and believe totally.  He wants to sue the school for not having any deaf teachers, and wants Sarah to join the suit.

This sets up continued discussions and fights between James and Sarah.  He wants to support her, and believes she should learn to speak and to read lips to become more independent, more herself.  Sarah is conflicted, and believes that doing so will accomplish the opposite, becoming what others want her to be.

What stands out, though, is how much they listen to one another through efforts to communicate.  Jackson and Ridloff  provide superb performances which the audience is not likely to forget.