Bang on a Can at Mass MoCA 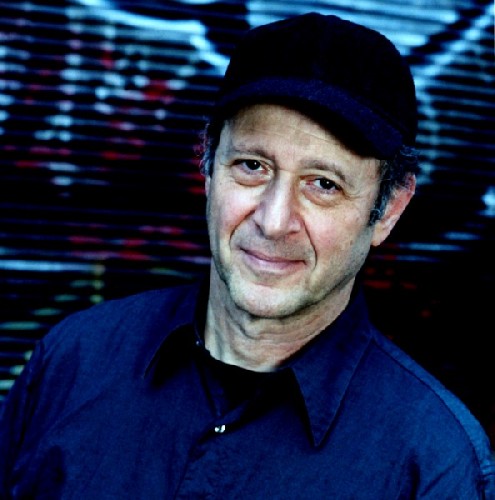 Steve Reich returns for the annual Bang on a Can event at Mass MoCA.

From Thursday, July 16 through Saturday, August 1, Bang on a Can and MASS MoCA (Massachusetts Museum of Contemporary Art) will present the eighth annual Bang on a Can Summer Music Festival at MASS MoCA. The Festival is dedicated entirely to programming today's most innovative new music and includes public performances, workshops for participants in everything from Balinese music to improvisation, master classes, music business seminars, and more. The Bang on A Can Festival is sponsored by WFCR.

As PBS's NewsHour reported, "If Tanglewood - classical music's far better known summer festival, just 30 miles down the road -is the bastion of tradition, 'Banglewood' - as the folks here like to call this gathering - is home to the experimental, with everything from a contemporary duet to a Balinese monkey chant."

Festival highlights this year include daily gallery recitals at 1:30pm and 4:30pm, free with museum admission; an afternoon conversation with iconic composer and 2009 Pulitzer Prize-winner Steve Reich about Sol LeWitt (July 25, 3pm); a performance by Bang on a Can artists of Reich's seminal work, Music for 18 Musicians (July 25, 8pm); and the Festival-closing Bang on a Can Marathon - six hours of non-stop, boundary-smashing music featuring more than thirty composers and performers (August 1, 4-10pm). Events for kids include the perennially popular Kids Can Too event (July 18, 11:30am) and instrument-making workshops in Kidspace.  The Festival will spill beyond the museum with a free concert at Windsor Lake in North Adams (July 29, 7pm).

Reich/LeWitt Weekend
On Saturday, July 25, two events will feature living legend, composer Steve Reich. At 3pm, Reich will discuss the parallels between his life and the life of landmark painter Sol LeWitt. At 4:30pm, audience members can stroll through the LeWitt Retrospective at MASS MoCA and listen to live performances of music by Reich performed by Bang on a Can Festival artists. At 8pm, Bang on a Can artists will perform Steve Reich's masterpiece, Music for 18 Musicians, in concert. The first crossover hit of experimental music, this landmark work changed the contemporary music world with its driving mix of jazz chords, steady pulse, intense focus and sheer ecstatic beauty set upon multiple pianos, marimbas, voices, and more and is undoubtedly one of the high-water marks of the last century of music and recognized worldwide as "an icon of American music" (NPR). The program will also include the Reich classic Eight Lines, and Bang on a Can percussionist David Cossin's acclaimed performance of Video Phase, a multimedia arrangement of Reich's late 1960's work Piano Phase for electronic percussion and video.

Marathon Highlights
A tradition in New York since 1987, Bang on a Can brings its signature Bang on a Can Marathon back to the Berkshires on Saturday, August 1 from 4-10pm. More than thirty performers and composers from around the world will team up for a six-hour feast of sound ranging from classical, contemporary, and jazz, to rock and experimental music. One of the many highlights of the Marathon will be a performance of George Anthiel's futuristic 1924 classic Ballet Me?anique - crammed full of the sounds of the (then) modern world, and originally written as the soundtrack to a film by artist Fernand Leger, for 24 pianos (Antheil later allowed it to be performed with just four), airplane engines, car horns, gunshots, doorbells, and telephones, plus an army of percussionists, it was the most talked about piece of 1924. The Marathon will also include John Adams' riveting Shaker Loops - heard here in its version for seven solo strings, it was the first work in which this American master composer came up with an absolutely fresh combination of minimalism, symphonic literature, and the American experimental tradition - plus performances of David Lang's Pierced, Julia Wolfe's Dark Full Ride, Michael Gordon's Potassium, and music by Meredith Monk, Frederick Rzewski, and more.

Throughout the Festival, daily 1:30pm recitals offer an opportunity for the performance and composition fellows to interact with the artwork in the galleries, often playing new works created especially for the museum. The 4:30pm recitals feature performances by the Bang on a Can faculty and Festival ensembles. For up-to-date schedule information, visit www.massmoca.org throughout the Festival.
The always popular (and nearly always sold out!) Kids Can Too event, a delightful morning of music that teaches kids about a variety of new instruments and sounds, will take place on Saturday, July 18, at 11:30am.

Tickets & Directions: MASS MoCA members receive a 10% discount. Tickets are available at the MASS MoCA Box Office 10am-6pm daily, by phone at 413.662.2111 during Box Office hours, or online at www.massmoca.org.
MASS MoCA is known for exhibitions and performances by renowned artists, in addition to being a place where the process of creativity is explored; rehearsals, art fabrication shops, and production studios are open to public view. Bang on a Can has found a home at MASS MoCA for the Bang on a Can Summer Music Festival since 2001, building a bridge between music and the visual arts.

About Bang on a Can
Formed in 1987 by composers Michael Gordon, David Lang and Julia Wolfe, Bang on a Can is dedicated to commissioning, performing, creating, presenting and recording contemporary music. With an ear for the new, the unknown and the unconventional, Bang on a Can strives to expose exciting and innovative music as broadly and accessibly as possible to new audiences worldwide. And through its Summer Festival, Bang on a Can hopes to bring this energy and passion for innovation to a younger generation of composers and players.

The San Francisco Chronicle has called Bang on a Can "the country's most important vehicle for contemporary music." Over the years, Bang on a Can has grown from a one-day festival to a multi-faceted organization. Projects include festival concerts and the annual Bang on a Can Marathon; The People's Commissioning Fund, a membership program to commission emerging composers; the Bang on a Can All-Stars, who tour major festivals and concert venues around the world every year; recording projects; the Bang on a Can Summer Music Festival & Institute - a professional development program for young composers and performers; cross-disciplinary collaborations and projects with DJs, visual artists, choreographers, and filmmakers; and Asphalt Orchestra, Bang on a Can's new high energy street band that offers mobile performances of unusual music. Bang on a Can's innovative and aggressive approach to programming and presentation has created a large and vibrant international audience made up of people of all ages who are rediscovering the value of contemporary music.