Sharks and Jets Rumble in Pittsfield 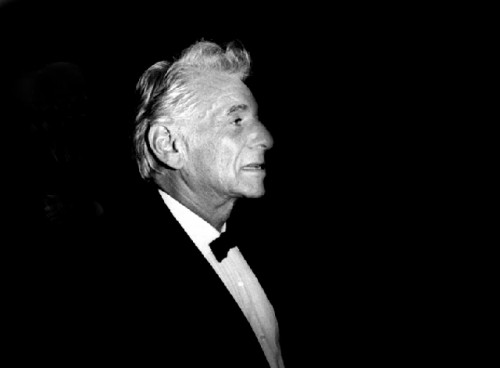 West Side Story was the masterpiece of composer Leonard Bernstein. Giuliano photo. 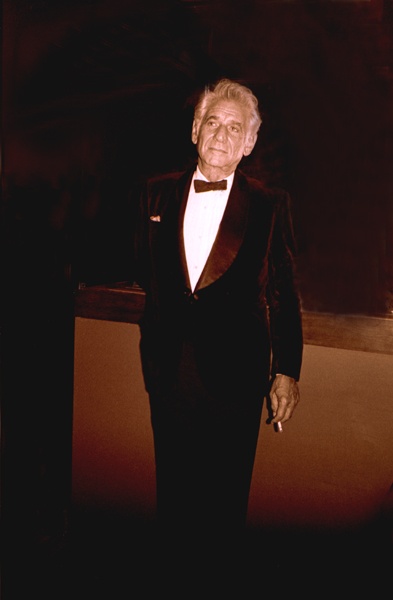 The maestro in a reflective moment. Giuliano photo. 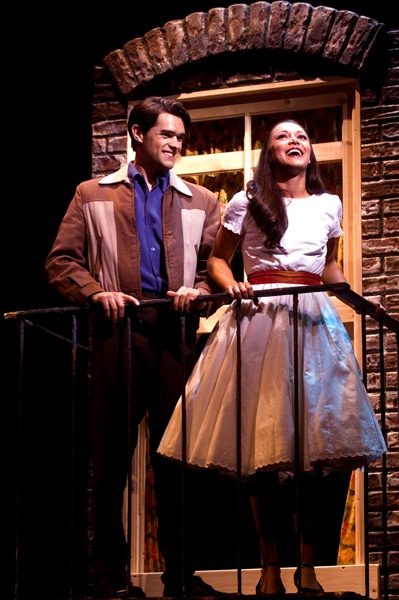 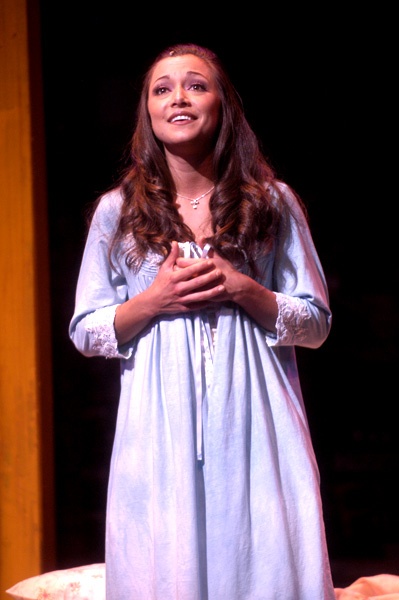 Craig is a wonderful and innocent Maria. 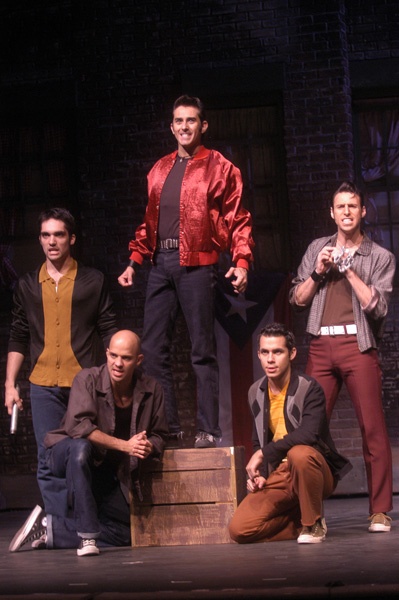 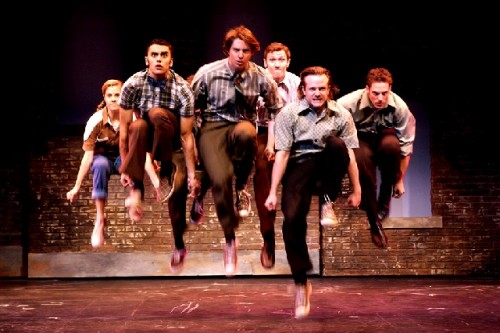 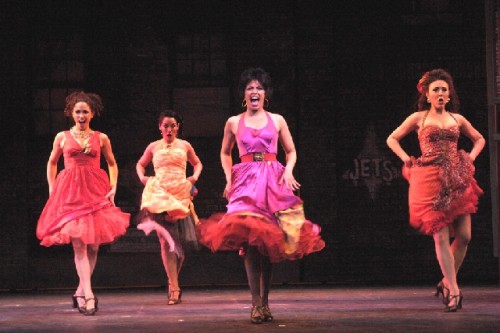 Anita (Jacqueline Colmer) and the Sharkettes. 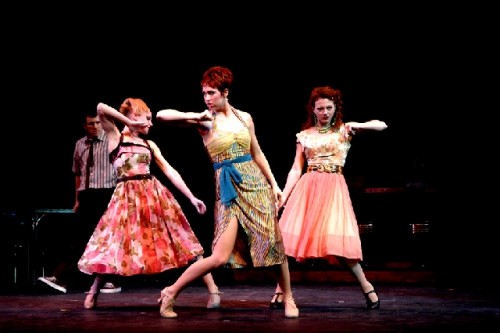 These girls hang with the Jets.

This spectacular, fiftieth anniversary production of Leonard Bernstein's masterpiece "West Side Story" based on Shakespeare's "Romeo and Juliet" with a book by Arthur Laurents, the lyrics of  Stephen Sondheim and original choreography by Jerome Robbins could not be more relevant or timely. While respecting and restoring all of the original choreography and production values the director, Julianne Boyd, has brilliantly updated and refreshed an enduring classic.

When the original production transformed the feuding Montagues and the Capulets into the urban poor, American born Jets and the immigrant, Puerto Rican, Sharks it was controversial for bringing racial tension to Broadway. These first glimmers of  intolerance generated by Hispanic immigration seem remarkably minor compared to the current divisive, national debate about the flood of some 12 million undocumented, primarily Hispanic immigrants. Because Puerto Rico is a part of the United States the only limitation to moving to Manhattan's West Side and Spanish Harlem was the cost of a one way plane ticket. By the time of the original production, the late 1950s, there was a significant population of Puerto Ricans crowding into Manhattan's poor neighborhoods and competing for jobs, a way of life, and street turf.

It is a story as old as America itself which seemingly gets updated by each succeeding generation from King Phillips War through the Know Nothing Party and signs in shop windows that "Irish Need Not Apply" to the gang violence that prevails today. The Sharks and the Jets hate each other with an intensity that sets in motion the tragedy surrounding the greatest love story ever told.

From the very first numbers "Prologue" and "Jet Song" presented with such verve and galvanic energy the audience senses that this is to be a remarkable and absorbing evening. It was indeed a long one as Boyd made no cuts or compromises in bringing to Pittsfield's Barrington Stage Company an absolutely detailed and faithful production with an eleven piece orchestra and twenty five actors that lasted for some two and a half hours including one intermission. But we were on the edge of our seats from the most zesty numbers including the entire ensemble on stage at once to the poignant and enduring solos and duets of Tony (Chris Peluso) and Maria (Julie Craig). There was never a lapse or glitch in a long evening of theatre.

It has been some time since I last viewed the 1961 film which won ten Academy Awards. Or listened to the original cast recording. But last night there was a remarkable sense of rediscovery to once again experience that enduring and remarkable combination of the rich music of Bernstein and the sharp and insightful lyrics of Sondheim. There were moments of choking back tears of pathos and joy as Peluso rendered "Maria" with passion, insight and lyrical persuasion. Wow. And Craig's Maria just soared with that wonderful combination of love struck innocence and courage as they joined for a spectacular rendering of "Tonight." Together they were a spot on perfect pairing of the eternal star crossed lovers.

The supporting cast was just terrific from the greaser Latino slickness of Maria's brother, Bernado (Freddy Ramirez), to his hot chile pepper lover Anita (Jacqueline Colmer). They brought sizzle and duende to their roles.

And what to say about the fabulous production numbers and scorching energy of the choreography of Bergasse. Mirroring the original work of Robbins the dance was pioneering for its time in combining genres of Latin ballroom and macho street dance which was a precursor of hip hop. Never has a male chorus of singers and dancers seemed more natural and macho. And the girls were just as wonderful with their combination of gang toughness and feminine humor and charm.

Of course the tragedy of this great story is that the lovers, coming from different cultures at war with each other, are unable to prevail against the powerful and negative forces that surround and restrict them. The unraveling events result in the death of Maria's brother Bernado at the hand of her lover Tony who is the victim of revenge. But in a twist from Shakespeare Maria survives turning the gun that killed Tony, with its single remaining bullet, not on herself, but in a scathing burst of anger at the many feuding and racist gang members. It was a plea for understanding and an end to gang violence and racism.

But, then and now, nothing is learned and there are no changes when racist gang members slaughter each other in the urban jungle. Which is precisely why the power and message of  "West Side Story" is an enduring reminder that the more things change the more they stay the same. E Pluribus Unum. Yeah, right.