Judith Light Stars in a Fourth of July Celebration 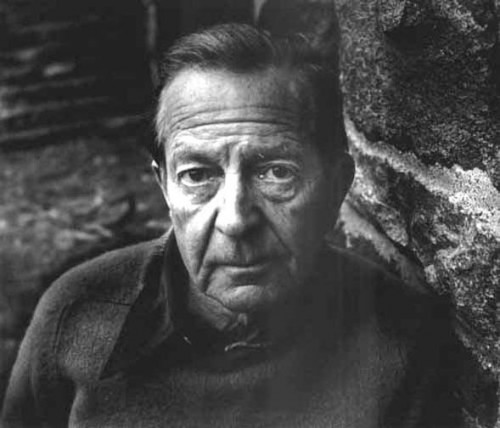 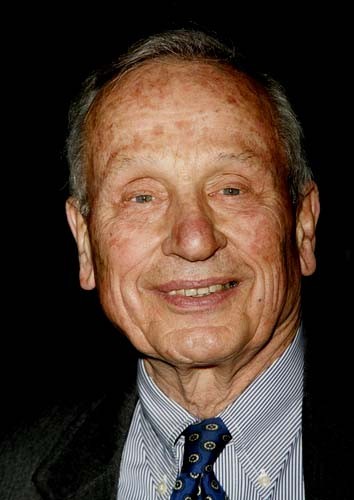 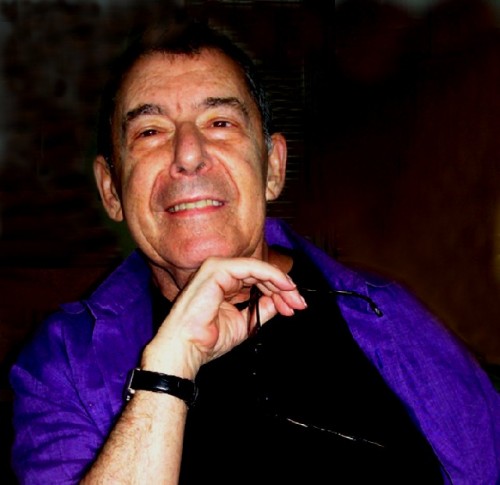 In his second season as Artistic Director of WTF Nicholas Martin is raising the bar for theatre in the Berkshires. 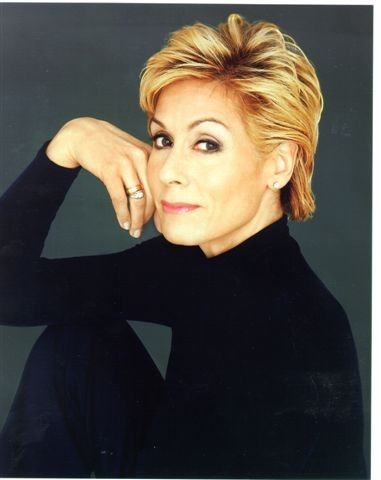 Judith Light who is known for her work in TV’s "Ugly Betty" is riveting as the Mother in "Children." 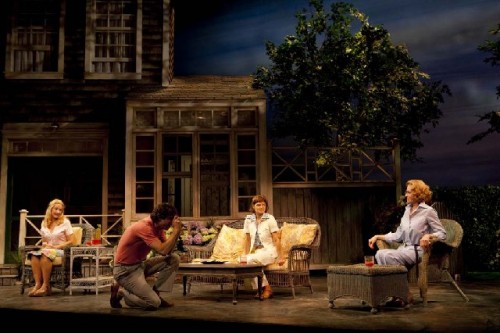 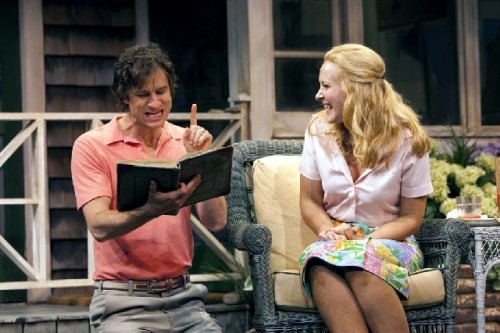 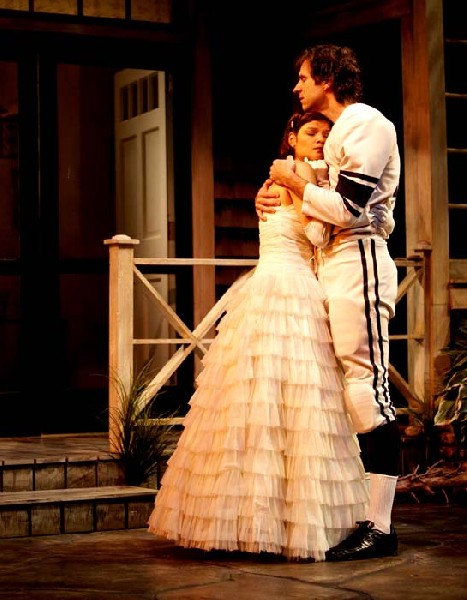 Randy and his wife Jane (Mary Bacon) are dressed for the costume ball at the yacht club.

It is the Fourth of July weekend on an island off the coast of Massachusetts. The widowed mother (Judith Light) has invited her three children and grand children to join her for the holiday. Barbara (Katie Finneran) is divorced but over many years has been secretly dating  Artie her first lover, the former gardener, now a successful contractor. Her son Randy (James Waterson) teaches at a prep school where he coaches sports. His wife Jane (Mary Bacon) is compliant, perky and plain.  There is a younger son "Pokie" who has married  Miriam a Jewish woman and works in government in Washington, D.C. Although he is the center of the dialogue and controversy that drives the drama we only see him through a screen door in the final scene and he has no lines.

In addition to the celebration of the first weekend of the summer season the Mother has important news to share with her children. Following the death by drowning of her husband five years prior, Pokie, so named for his habit of poking into things, has distanced himself from the family. The Mother has written to him describing the news and enticing him to visit. He does not get along with his siblings including a bitter rivalry with his brother.

The Mother announces that she plans to marry Uncle Bill. He is not actually related but so close that he is referred to by the family as Uncle. It seems that Mother first met him when he was an usher at her wedding. When they danced it appears that it planted doubts as to whether they had married the right spouses. They are both now widowed and free to marry.

According to the terms of the will the property, which has been in the family for 80 years, has come down to her through her husband's estate. The condition of remarriage means that the children will now share in its inheritance. In a comparison to King Lear, Mother announces being free of the burden of property and seeks a fresh start and some good declining years with her true love.  But the three children have different ideas. Barbara wants to install heat so she can move out of a Boston apartment and spend the winter on the island (with her secret lover). Randy wants to fix the tennis court. Neither of them have any money. While Pokie demands that they buy out his share which they cannot afford. This means selling the house and dividing the money. It is also a signifier for the destruction of the family.

Coming into this season with budget cutbacks that resulted in the cancellation of two productions for the smaller Nikos Stage there were concerns about the quality of the work to be presented. Artistic Director, Nicholas Martin, now in his second year with the Williamstown Theatre Festival, assured me during a recent interview that he aspired to maintain the same level of artist excellence that was evident last season. It has been widely viewed that he faced a challenge to restore the luster and audience support that had waned in recent years.

If "Children," the first play of the season is any litmus, this should be a glorious and fascinating adventure. This family centered drama represents the highest standards of professional theater in all of its aspects from an engaging script, superb direction, fine acting, and a gorgeous set with appropriate lighting, costume, and sound design.

Once again WTF raises the bar for theatre in the Berkshires. The only complaint is that the intense season is so brief. In that regard the three other major companies: Shakespeare & Company, Berkshire Theatre Festival, and Barrington Stage are striving to bring year round theatre to the Berkshires. Their efforts are reflected in a growing number of smaller regional companies. This in turn has developed an ever more sophisticated audience ready to take on ambitious and challenging productions.

The set by Noone was absolutely stunning. He created the kind of two stories, shingle style cottage, with terrace, plantings and shrubs with a gate to the beach that one would indeed find on Nantucket. It is the upscale cottage of a family living well but not sumptuously on the stock market. Mother states the 1970s value of the property, with five beach front acres and a tennis court, at $200,000. In today's dollars it would be more like $2 million. They are comfortable but hardly a dynasty. Money, or not enough of it, is an issue in the drama.

To that wonderful set add the soft, early summer lighting by Rui Rita. It appears to be filtered and dappled through surrounding trees. Punctuating the end of scenes, and transitions of the day, are accent of singing. It is that corny pop music of the era reflecting midbrow, mainstream taste just a notch or two east of Lawrence Welk.

These are my dear, how to say this delicately, WASPS. There you have it. Which is to say, not really nice people. It is ironic to see this play in Williamstown where the values of the audience mirror those on stage. Having summered in Annisquam I am all too painfully familiar with the genre; particularly, the uptight, narrow minded snobbery. To illustrate their restraint in holding in and repressing their emotions the actors brought the house down with a joke skewering the demonstrative excesses of some nouveau riche neighbors "The Italians." Boy that hit home. Like the time at the Yacht Club when a kid called me a Wop. I decked him.

No, I really didn't like these people particularly as they made no attempt to mask their snobbery and racism. In addition to Italian there are Jewish jokes. It seems that when the kids had lunch, instead of milk, Pokie's wife, Miriam,  let them have Coke. Barbara quipped that perhaps it was a '"Jewish thing." You know, like staying Kosher by not mixing meat and dairy.

Apparently there are rules. Like no children on the deck;  a  nice device to limit the cast to four and concentrate on adult issues. Mother reprimands Barbara, who is in the dumps and living on a small alimony, for drinking before noon. Booze is an essential for easing all that repression but only after sundown. Then there is a preference for gin and vodka. With cheap tonic, crackers, and cheese whip, followed by a dinner of meat and potatoes during which nothing of substance is discussed.

The angst of the ruling class has never been of great interest to me which is why Cheever is not among my favorite authors. Or Updike and Marquand for that matter.

But Gurney's play slowly got to me. The drama drew me in. The program notes include an essay titled "John Cheever: Chekov of the suburbs." Yes, I can see that in this well crafted drama. Be they WASPS on an island, or Russian aristocrats agonizing over the decline of their estate in the "Cherry Orchard," one connects the dots of the human condition.

So "Children" may be set in society and its repressive narrow values, but more importantly it's about Family. In that sense, ultimately, one may even conflate it with issues of Italians in "The Godfather" and "Sopranos." As Michael delivering the Bacio Della Morte to Fredo utters "Never go against the family."

Let's return to that point about King Lear. The crucial difference is that Mother is no fool. Before running off with Uncle Bill and finalizing the transfer of the property to her three feuding children she has time to reflect on and change the consequences.  Unlike Lear she has the opportunity to learn from her mistake. It is said that some 35 years later Gurney changed and softened the end of the play.

While not a happy ending the play leaves us with a remarkable scene magnificently acted by Judith Light. It is a soliloquy that deserves a righteous place in the canon of contemporary theatre. It's up there with Albee's Martha in "Who's Afraid of Virginia Woolf."

The sensational performance by Light is the glue that holds this play together. The fine cast is constantly responding to her energy. She is able to dole out the dark secrets of her own affair with "Uncle Bill" while admitting failure and human error but maintaining balance and control. She looked so cool and elegant in wonderful costumes by Jane Greenwood. She did indeed keep up appearance in tailored slacks and starched shirts with upswept collars. It evoked the patrician Katherine Hepburn at mid career. To Astrid, Light recalled Jane Fonda in "On Golden Pond."

By the end of the evening I came to care for these people. To have compassion for their human flaws. The bastards.