James Taylor on the Fourth of July 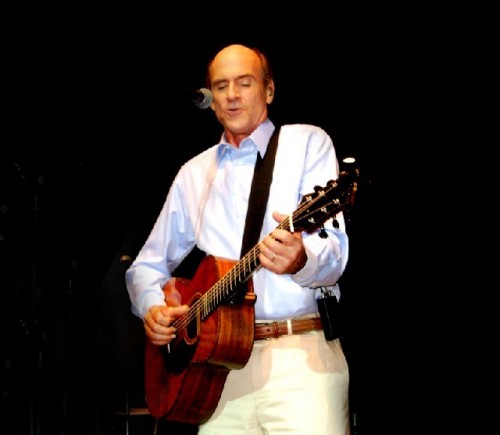 Celebrating the Fourth James Taylor rocked in the Shed at Tanglewood. 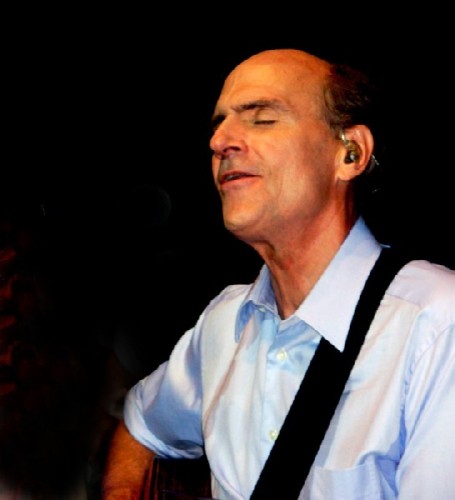 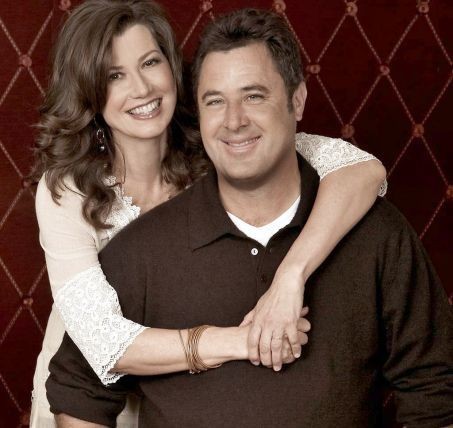 There was at best polite applause for Any Grant and Vince Gill.

“Tanglewood is the greatest place on earth” James Taylor told a sold out crowd of 18,000 last night. It was his third sell out of the weekend.

His Friday appearance with John Williams and the Pops upped the ante. On Thursday Taylor and Friends packed Ozawa Hall. Before that were two sold out Ozawa appearances by the Mark Morris Dance Group. While JT took a breather on Saturday, Garrison Keillor did well in the Shed in his annual live broadcast.

Oh yes, did we mention the boffo attendance for Earth Wind and Fire during the prior Wilco weekend.

But the weekend of the Fourth was just glorious. It confirmed why there is no place on earth quite like a Berkshire summer. Not just that wonderful, four season experience of nature, but magnificent, world class arts.

Three years ago the appearance by JT came at the end of the summer saving it from being an utter disaster when the economy tanked and the weather was just awful.

Last year Taylor was moved up to the leadoff spot on the Fourth including a dream pairing with Carole King.

Now the rotation of Morris/ Pops-Williams/ Taylor and Keillor appears to be set in stone for eons to come. It may get a bit repetitious but tell that to those sell out audiences. Nothing succeeds like success.

It was a slam dunk for Tanglewood, think of all that geld in the bulging coffers, but also for every hotel, inn, restaurant, shop and arts organization in the Berkshires. They should each send James and Kim Taylor a dozen long stem roses.

As we made the rounds of the theatres this past week we heard chatter during intermission about which Taylor show are your seeing and what else is there to do? Barrington Stage sold out Guys and Dolls and ditto for Streetcar Named Desire at Williamstown Theatre Festival. Shakespeare & Company is doing well with As You Like It. We haven’t seen it yet but one who knows tells us that it’s hilarious.

During a matinee of Moonchildren at Berkshire Theatre Festival we were told that there was a bounce at the box office. But it makes no sense that they are opening Tommy, can you believe it, Next Weekend! They would surely have sold out over the Fourth. Go figure. And this past weekend they opted to open the small Unicorn rather than the larger Main Stage. Add up all those unsold tickets and lost revenue. Come on guys, get it together. The train has left the station.

The wisdom of jump starting the season with JT is that all those folks here this past weekend are more likely to come back. Particularly if they poked around and sampled Jacob’s Pillow, the museums, or just drove around sucking up nature and all that fresh, unpolluted air. Just breathing is wonderful in the Berkshires.

Thank God it didn’t rain. There was no Shed to shelter us a week ago when we stood soaked to the skin listening to Wilco. But for their hardy fans a bit of lousy weather didn’t dampen the spirits of 6,300 rockers.

“You are the finest group of people on earth” Taylor continued during opening remarks. Gosh Darn James you say the nicest things. Actually it is the light and easy patter that make his appearances so enjoyable.

There are always wonderfully spontaneous riffs and gags. When, for example, fans call out for hits like “Fire and Rain” Taylor countered “We’ll get to that.” Picking up a large cue card with the set list, and showing it to the audience he said “But not until the second set. I’ll let you know when we get close.”

Truly, Taylor, who has the shy, introspective, self conscious demeanor of the boy next door, now the bald guy down the block, has developed into a consummate showman. His quick wit and fast responses are incredible. He never misses a beat and has the ability to lead an audience around like a well trained dog on a leash.

Instead of barking “heel” most songs, including the old chestnuts, come with anecdotal introductions or closing remarks. After the opening song “Every Day” by Buddy Holly he assumed we guessed the title because “Every other word is ‘Every Day’ although I never counted up every ‘Every Day’ in that song but there are a lot of them.”

With amusing insight he recalled having an “out of body” experience in a hotel room in London with George Harrison and Paul McCartney. It was 1967 and he was as “nervous as a Chihuahua on meth amphetamine” when he performed for them “Something in the Way She Moves.” It landed him a deal with Apple Records. “George liked it so much that we went home and wrote it.”

Telling us that he has written some 150 songs he quipped “Actually it is ten songs fifteen ways.”

During the first of two sets he ambled through the hits and some less familiar tunes just to keep it interesting. These included “Walking Man”  followed by a long rap about the last day of Richard Nixon before departing the White House in a chopper “Line Em Up,” another road song ‘My Traveling Star,” the hit “Going to Carolina,” and the Goffin/ King hit for the Drifters “Up on the Roof.”

He closed the set by introducing guest artists, the husband and wife country singers, Amy Grant and Vince Gill. They would take up a big chunk of the middle of the second set. But they seemed to disrupt the flow of the concert more than adding to it. It was a poor comparison to the electrifying billing with Carole King in 2010 or the stunning synergy with Sheryl Crow the year before. Gill had some tasty guitar licks but the singing of Grant just didn’t project and you wouldn’t know the tunes unless you were a fan. It didn’t seem like their kind of audience. There was polite but apathetic applause.

Taylor travels with a stable and stunning group of musicians. There are substitutions here and there but for the most part it is consistent. We have come to expect the best from the backing vocalists Kate Markowitz, Arnold McCuller, David Lasley, and Andrea Zonn. On some numbers they are joined by Taylor’s wife Kim. The musicians include Larry Goldings, keyboards, Chad Wackerman, drums, Walt Fowler, trumpet, Jimmy Johnson, bass, Michito Sanchez, percussion and Mike Landau guitar.

There is an ebb and flow to a Taylor concert. The pace and tone varies from intimate ballads, often with stripped down accompaniment, to flat out rockers. There were even some hard rock moments as Taylor played electric guitar trading riffs with Landau. Like Pete Townshend you expected JT to start smashing instruments. It was quite a senior moment.

For the second set Taylor opened with “Copperline” followed by “Don’t Let Me Be Lonely Tonight.” He talked about “being abroad” for a year before returning in 1968 and heading to North Carolina to meet his nephew, James, the first born in the clan to his late brother Alex. The audience just loved this version of the familiar “Sweet Baby James.” Then, you guessed it “Fire and Rain.” Pointing from the stage he said that it was written right over there referring to Austen Riggs the upscale psychiatric hospital.

There was that Gill and Grant interlude while the energy kind of wandered off. But JT and the full crew returned with “Oh Mexico” and the beginning of encores with “Stand and Fight.” The audience was slow to respond to the exhortation and then like a wave at a ball game, row by row, section by section, got off their rumps to stomp and cheer. Followed by “How Sweet It Is to be Loved by You.”

Indeed. Until next year. You bet.