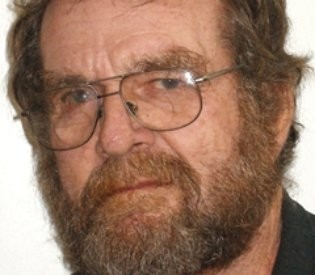 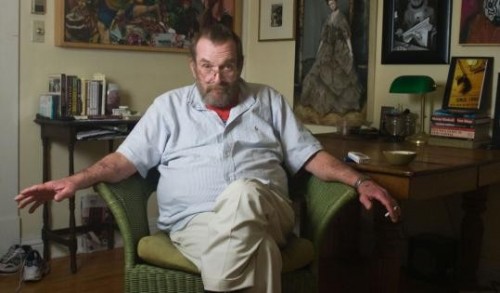 George Kimball was one of the foremost sports journalists of his generation. 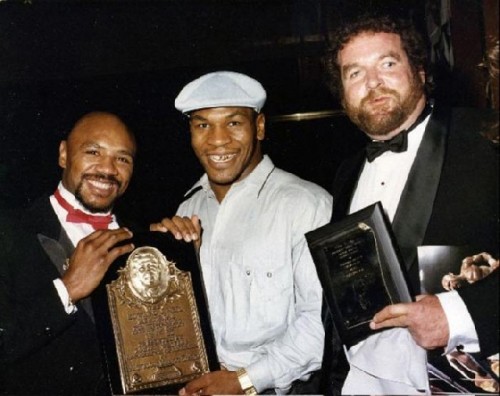 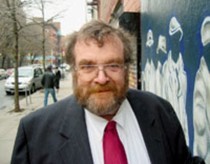 Legend has it that his eye got poked our in a brawl. 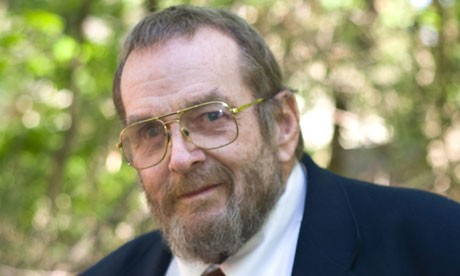 In the forest of feisty, macho, mean spirited, riveting and sexist journalism, a mighty oak has fallen.

Yeah right. What is that sound?

George Kimball was not really a nice guy. I knew him back in the day but didn’t run with him. Our paths crossed, and more of that later, but we were cut from different cloth. His was mostly burlap. Not much on style points.

But he worshiped George Frazier, the elegant writer and critic, he of the impeccable threads on benders. The consort of royalty too often on hands and knees, in cheap hotels, hugging the porcelain throne.

They had that in common. But  Kimball stayed at better hotels.

During the 1970s, I organized a rock event at the splendiferous Castle Hill Estate in Ipswich. I had just returned from a gig in Hollywood and for the occasion wore my Nudie’s rhinestone, cowboy suit.

The great mansion had known days of glory but by then was barely heated and mostly rented for weddings and special events. A really great setting for a party.

The grand rooms were devoid of furniture but still had the aura of a Gilded Age.

Kimball on such occasions was fully juiced.

Some 40 odd years later I indelibly recall  George staggering across the vast ballroom. Mid stride there was projectile vomit spewing from his mouth. It could have wiped out a toad at twenty yards. Without missing a step, he just kept walking. Never acknowledging that anything out of the ordinary had occurred.

That was George. At least the raucous buccaneer that I knew. He wrung up the Jolly Rodger at a circuit of Cambridge watering holes.

There was a running bit when he was tanked. Off to the head he would pop out his glass eye and plop it down with a punch line “Hey, keep an eye on my seat.”  It was one of his favorite gags.

Legend had it that the eye got poked out in a brawl.

Which means that he was not the kind of guy you invited to tea parties with cucumber sandwiches. Most likely he would eat the hostess.

That was a thing with him. George was always trying. He wasn’t smooth or much of a dresser or a looker. When he wrote about the Super Bowl in New Orleans, there was something about the game but a lot more about trolling the French Quarter in pursuit of “wool.” It was the first and last time I heard the term. He might have made it up. George was inventive in that way like Frazier and “duende.”

The really great writing you make up and pull from the seat of your pants.

And George was a great writer. One of the best. For that a tip of the hat, high five, and sure, I’ll keep an eye on your seat.

George wasn’t really a Gonzo Journalist, but no anthology would be complete without him. Bill Cardoso, a charter member, often reminded me of his time with Kimball during the Rumble in the Jungle, the George Frazier vs. Muhammud Ali bout in 1974. Cardoso was covering for Rolling Stone and by then George was writing for the Boston Phoenix.

By the time he croaked, Kimball had covered some 350 title bouts many during 30 years of writing about sports for the Boston Herald.

In the 1970s, there were a bunch of us in Boston and Cambridge writing for what started as The Underground Press then became a tad more respectable as The Alternative Press. Kimball was always a true writer. It’s what he was. He always had his nose in a book and was amazingly well versed for a pub crawler. Some guys went to Columbia Journalism School and shit like that, but most of us just had a passion and started typing.

There was a kind of collective combining radical politics and alternative culture that formed as the Cambridge Phoenix. They were zealots and feminists out to change the world. George was a part of that but mostly angered the sensitive types by not playing along with all their new age crap. It was all a big joke to him.

For New Years Eve, there was a big party on the North Shore, must have been during the ‘70s. Art critic Ken Baker and his wife, Tonia Amenoff, had rented a house with a heated indoor pool. We were all pretty tanked on champagne and reefer. Everyone was nude in the pool. An ungraceful large man, George plunged in leaving a huge wake. He swam under water trying to muffdive the girls who were outraged. With a laugh, he said he was playing shark.

Most guests just plumped down for the night to sleep it off. I decided to drive home, and it was bumper to bumper in a pea soup fog on winding roads.

George didn’t last that long in the underground press. The next graph was scammed  and edited from Wikipedia which is kind of half true.

The Cambridge Phoenix began October 9, 1969. In the summer of 1972 editor Harper Barnes was fired in a journalistic dispute with owner Richard Misner. Most of the staff went on strike. During the second week an agreement was made which resolved the strike without Barnes being reinstated. Soon afterwards, on a Friday, the staff was ordered out of the offices and informed of the purchase of the paper by Stephen Mindich, owner of Boston After Dark. Mindich purchased the title to publish as The Boston Phoenix with his staff. The Cambridge group continued by creating The Real Paper as a collective.

The joke is that Mindich paid a lot of money for a logo. It was about putting the competition out of business. The Boston Phoenix is a way more wicked cool title than Boston After Dark.

All that Mindich really got from the acquisition was the name and George Kimball. At the time the true believers who banded together to form the Real Paper were outraged by Kimball going over to the dark side.

For Kimball, it proved to be the right move. It made no sense for a weekly like The Boston Phoenix to hire a sports writer. But Kimball was different. You read him despite the fact that he wrote about sports. Later he moved on to a better gig at the Herald.

In the pantheon of journalism, sports writers live the life of rock stars. Particularly for the formerly flush daily papers. They get to live on the road, travel with the teams, eat the club house buffet, and put lap dances on the expense account as massage therapy.

The only rule is to always meet your deadline. Oh yeah, and never bore the reader.

Of his generation, few knew boxing as well as Kimball. Sometimes with an inner poetry, he wrote in a downbeat, Joe Sixpack style.

Today nobody gives a shit about the fight game other than the occasional movie.

When I was a kid, boxing was huge. Like going to mass on Sunday, on Fridays, we huddled around the single TV set and watched the Gillette Fight of the Week. On Sunday night Ed Sullivan.

My father, a tough Sicilian from Brooklyn, had a great right cross. He took me to Boston Garden to see the end of an era with Sugar Ray Robinson and Willie Pep. We saw some of those early closed circuit screenings at movie houses. I recall Cassius Clay knocking out Sonny Liston. We followed local guys from Brockton like Rocky Marciano and Marvelous Marvin Hagler. The era of Sugar Ray Leonard and  Mike Tyson.

Hey, keep an eye on my seat.