A Magical Evening at Tanglewood 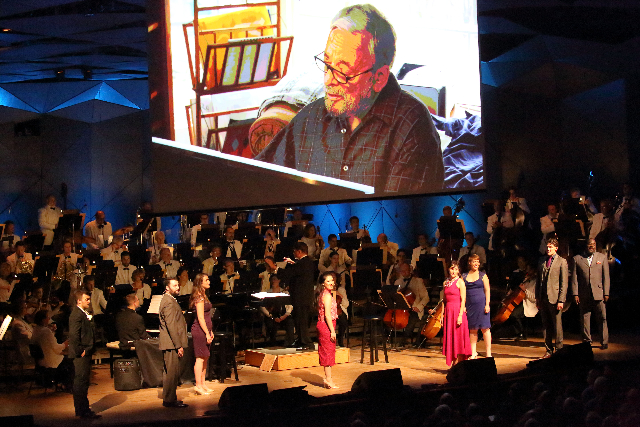 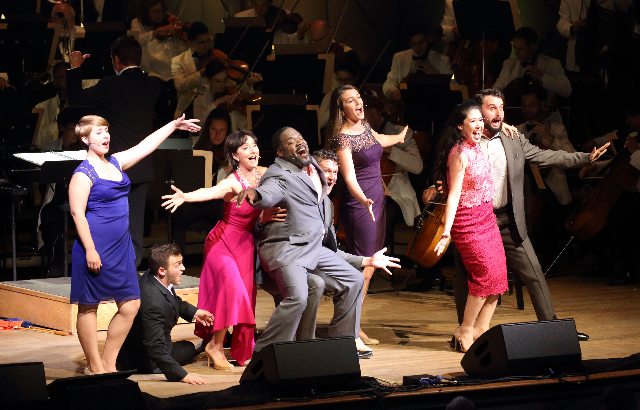 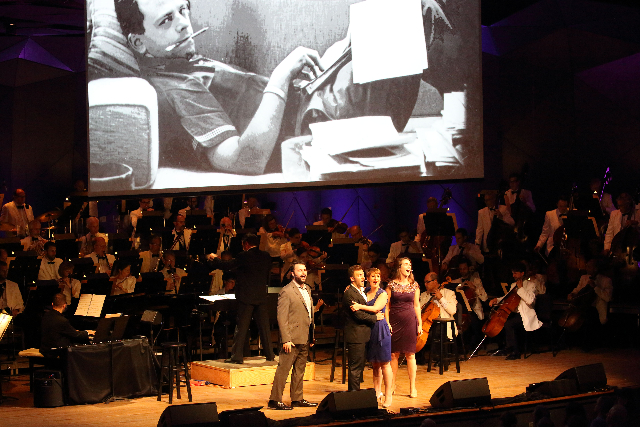 This evening, originally developed to honor Stephen Sondheim on his 80th birthday in 2010 and produced at Studio 54 in New York City, is a fascinating insider peek into the mind and process of the  most revered and influential songwriting talent to have emerged in American Musical Theatre in the past fifty years.

Sondheim on Sondheim (conceived and originally directed by James Lapine, a frequent collaborator of Sondheim's) incorporates video clips of Sondheim at various points in his life, discussing his musical career and family life, as music is performed from his plays.

While sometimes choppy, under the director of Sarna Lapine, this production (altered to include the BSO under the direction of Keith Lockhart), gives insight into how Sondheim got involved with musical theatre in the first place.  His parents, who worked together in the fashion business, felt their only child needed a playmate.  Luckily, their neighbor with a son the same age, was none other than Oscar Hammerstein.  This melding of the two families resulted in a lifelong and close relationship between Hammerstein and young Stephen.

As Sondheim says, because of his devotion to Hammerstein, if Oscar had been a welder, he would have been one too. Lucky for all of us that he followed in Hammerstein's footsteps.

Saturday Night is the first play Sondheim wrote music and lyrics for, and the Tanglewood Music Center Vocal Fellows (Fontina Naumenko, Katherine Beck, Daniel McGrew and William Solocof) did a great job with "Something's Coming" from that play.

When soon after Sondheim was offered the opportunity to write the lyrics for West Side Story with Leonard Bernstein writing the music, he declined at first. His desire was to write both music and lyrics.  Hammerstein intervened, and suggested he might learn from the experience.

Heeding this advice, Sondheim took the job, and made Broadway history in 1957 with a major hit.  And this was only his second play.

Sondheim's next play, A Funny Thing Happened on the Way to the Forum, had problems in tryouts. As Sondheim describes it, Jerry Robbins who had left the play as Director,  came back and advised him on what he saw as the problem: the opening song.

As a result, Sondheim wrote a new opening song, "Comedy Tonight."  And, Forum went on to be a huge success. The entire cast sang the rejected songs as well as "Comedy Tonight" and it was evident that Robbins had been correct.

The performances of the Tanglewood Fellows were stellar throughout.  Daniel McGrew in "Being Alive" and "Finishing the Hat" stood out with a clear sterling voice and delivery.  Katherine Beck was thrilling singing Send in the Clowns.

And as the second act progressed, there was a superb performance of "Losing My Mind/Not a Day Goes" by Tony Award-nominated Carmen Cusack and Tony Award-winning Ruthie Ann Miles.

The second act also let the audience in on Sondheim's opinion of his plays.  He thinks Assasins (1991) is his best, and he feels closest to Sunday in the Park with George (1984) because of what it is trying to say.

A poignant moment in the video is Sondheim describing a letter he received from his mother right before she was having a pacemaker put in.  The letter was hand delivered and in it she described her only regret in life: having given birth to him. How very painful and sad.

When you listen to Sondheim's song "Children Will Listen" this revelation and his reaction to it, makes me grateful he had the expression of his art to share his pain with us.

This evening enriched my understanding of this musical genius, his talent and his humanity.