Work by German Master on View for 15 Years 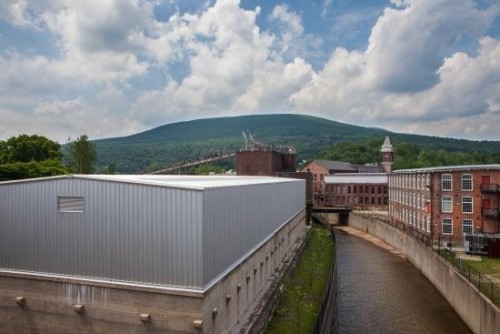 The new Kiefer building at Mass MoCA will display the artistâ€™s work for the next 15 years.

In a major new collaboration with the Hall Art Foundation, MASS MoCA expands its constellation of visual arts offerings with a quasi-permanent installation devoted to the sculpture and paintings of Anselm Kiefer.

The exhibition will include Étroits sont les Vaisseaux (Narrow are the Vessels), 2002, an 82-foot long, undulating wave-like sculpture made of cast concrete, exposed rebar, and lead; The Women of the Revolution (Les Femmes de la Revolution), 1992, comprised of more than twenty lead beds with photographs and wall text; Velimir Chlebnikov, 2004, a steel pavilion containing 30 paintings dealing with nautical warfare and inspired by the quixotic theories of the Russian mathematical experimentalist Velimir Chlebnikov; and a new, large-format commission created by the artist specifically for the installation.

Kiefer’s works are often realized in large formats, which in turn demand special exhibition spaces.  At MASS MoCA, a 10,000 square foot, one million gallon concrete water tank was specially re-purposed by the Hall Art Foundation for the Kiefer installation.  The exhibition will open to the public on September 27, when admission to all MASS MoCA’s galleries will be free for the day.  A seasonal installation, the exhibition will remain open through mid-November, re-opening next April 15 and continuing through the summer to mid-fall.

MASS MoCA often collaborates with artists, collectors, foundations, and cultural institutions to bring important bodies of art to the public.  The Sol LeWitt Wall Drawing Retrospective, which opened at the center of the museum’s campus in a 2008 alliance between Yale University Art Gallery, the Williams College Museum of Art, and the studio of Sol LeWitt, is a much-loved example of the museum’s growth through strategic partnership.  MASS MoCA also counts Jacob’s Pillow, Wilco, Williamstown Theatre Festival, The Public Theater of New York, and hundreds of individual artists and performers among its programming partners.