Out of the City Premieres at Dorset Theater Festival

Turning 60 and Still Discovering Themselves 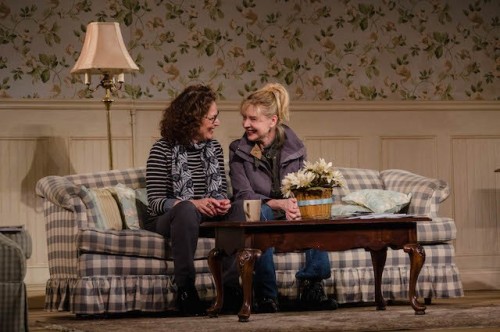 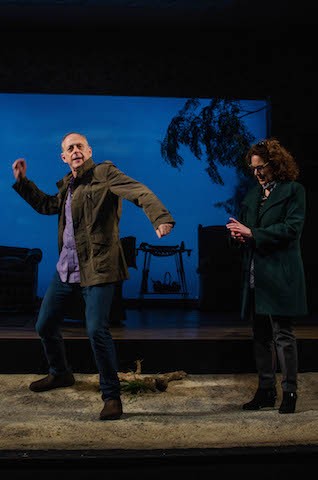 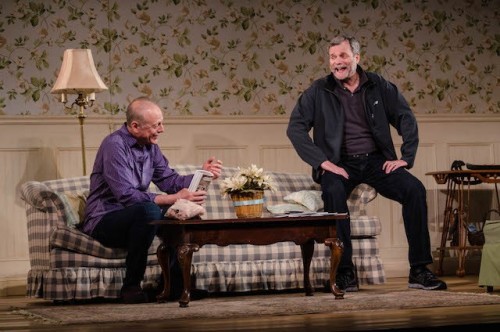 Out of the City
by Leslie Ayvazian

The Dorset Theatre Festival is in a small village surrounded by woods and neatly kept white clapboard homes on gently winding roads. The theater’s gravel parking lot, which easily accommodates all the cars of theatergoers, is just a few steps across the road from the theater itself and surrounded by a simple split rail fence. Going to a play at the Dorset is as relaxed as going to your neighbor’s for an afternoon of croquet.

But this casual, friendly theater is more than meets the eye. Besides bringing first class familiar plays to its audiences, the Dorset, like many small professional theaters in Vermont, is an incubator. The theater’s mission includes nurturing playwrights and plays from conception to production.

Out of the City, by Leslie Ayvazian, a light comedy in the making, was presented before a live audience for the first time on Thursday, July 10. Witnessing a world premiere in a small professional theater is one of the delights Vermont has to offer.

The play takes place over a weekend with two couples, celebrating the 60th birthday of Carol, played by playwright Leslie Ayvazian, at a bed and breakfast in the Pocono’s. Though they are lifetime friends, the new surroundings, combined with the characters’ preoccupation with the significance of turning sixty results in an event that changes the dynamics of their relationships.

Carol, a city girl, and her adventurous friend Jill, spend time together, while their husbands head for the lake. The laughs predictably come out of the girl talk between the two women as they discuss their sex lives, and throughout the play from the references to the quirks of aging.

The players did a good job with what is a weak and somewhat repetitive script. Matt, Carol’s husband, played by Mark Blum, was affable, with just the right amount of impatience when harried by his wife. John Procaccino’s Dan was an easy going former jock who was clearly baffled by his cheerful globe-trotting wife, Jill, played with an comfortable good nature by Janet Zarish. Leslie Ayvazian’s Carol was alternately distracted by her musings on her birthday and overbearing in her insistence to be listened to as she revisited her identity at this new stage of her life.

The play conveys a sense of the unpredictability of existence and of the human experience. Even at this juncture in their lives, these people are still changing, still finding themselves.

The action takes place in the generic and “flowered” great room of the B&B, and also lakeside, with the shore cleverly created on the stage apron by dimming out the room and replacing the back wall with a brilliantly lit blue cyclorama. The large open great room, scantily furnished with Early American furniture, however, evoked neither a cozy nor a kitschy Pocono country inn and the actors often seemed to be rambling within it with no purpose.

Being present at the first presentation of a new play is a privilege and a pleasure, but plays do not flow fully formed from a playwright’s pen, especially comedies. They are developed over time. Theater is a collaborative art. Besides the script, actors, a director, and countless production people, a play doesn’t take on life until it has an audience. The audience is essential to the development of a play. The reactions of viewers show the playwright where the laughs are, if the dialogue needs tightening, and whether or not the rhythm works.

Like its characters, this play is still finding itself. With this production and the welcoming audiences of the Dorset Theatre Festival, playwright Leslie Ayvazian has the opportunity to flesh out and sharpen this play about the discoveries and foibles awaiting all of us, even beyond youth and middle age.