A Slight Ache by Harold Pinter

Produced by Eve Mugar Off Off Broadway 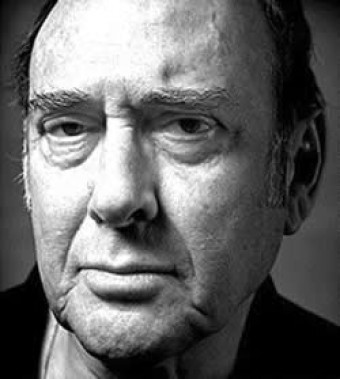 Harold Pinter produced off off Broadway. 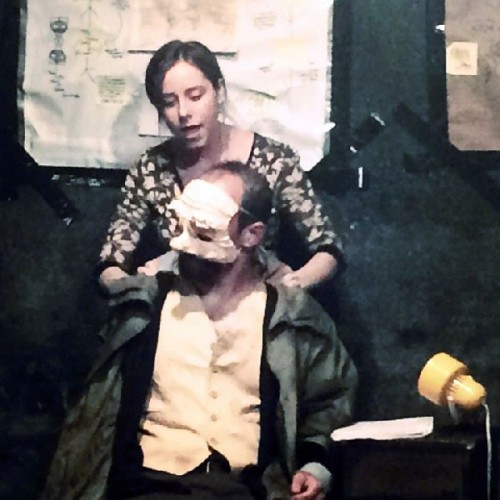 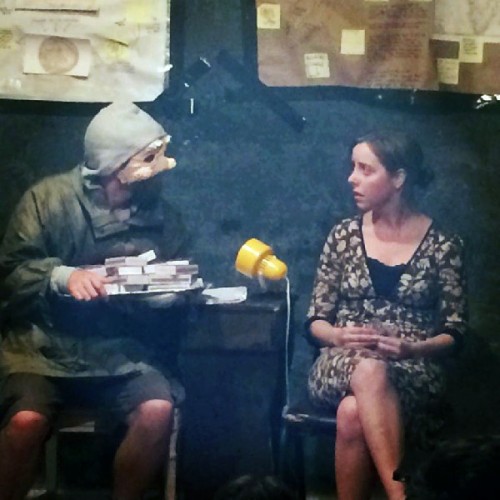 A scene from a production with a limited run.

I remember as I exited a  verbally volatile lunch not long ago with a gallerist, an antique book dealer and a fellow gallery member the latter mumbled under his breath: ”Can you say Pinter?”

At the time I did not get the allusion. Last Fall, when I saw Pinter’s ”No Man’s Land” in New York, featuring Patrick Stewart and Ian McKellan, what my friend had observed between the gallerist and the book seller became crystal clear.

Pinter often saw language as a tool to establish rhetorically the authenticity of one’s history within a social class. Informing the play is the modernist anxiety that words, i.e. any description of reality, might not stick. So it went with the gallerist and the book dealer. After the smoke cleared where we all stood in the world of literature and art seemed more ambiguous than ever.

This past Spring, I learned from an acquaintance, that a theatre classmate Eve Mugar was going to produce Pinter’s “A Slight Ache.” Mugar realized that due to its brevity and small cast it provided the opportunity for emerging artists to mount an ambitious play in New York. She purchased the rights, sent the word out to fellow actors, raised some money on line and rented a small venue for two nights in an East Village bar Jimmy’s No. 43.

There are three characters: Flora, an aptly named middle age woman who loves to garden, her husband Edward, a very Edwardian type more concerned with reliving his past explorations of the darker regions of the British Empire than with his wife’s gardening. The third character is a mute match seller who has been planting himself for sometime regardless of the weather just outside their garden.

The play functions on many intellectual levels: As feminist critique, fertility ritual, modernist play about the limits of language, and a sociological study of how something alien gets ingested into the normative life of a couple and transforms the normative.

What holds the play together is the waxing and waning of mood from manic to depressive, often switching back and forth between Flora and Edward. The play takes place on the longest day of the year and Flora’s garden is in full bloom. She is quite effusive about the flowers and the time of year. Edward is indifferent. When he and Flora succeed in killing a wasp the grumpy Edward suddenly becomes ecstatic with the beauty of the weather and the garden. Both are obsessed with labeling, Flora with naming the flowers in her garden and Edward nit picking about the use of the word bite in regards to the wasp they are killing. He corrects Flora "They don’t bite. They sting.” “What about horseflies ?”replies Flora. “They suck.” answers Edward.

A sort of pin-the-tail on the donkey proceeds as they decide to come to terms with the match seller. He is amorphous, decrepit and masked, in short, non-descript. Each in their turn tries to define him by integrating him into their personal history. Edward imagines only standard male roles for the match seller that he might have played in his past life. Flora imagines that he was once a poacher who had raped her. Through sexuality she senses that something mythic lies hidden under the repulsive mask: a young man ready to replace the rigid Edward.

Jon Mulhearn, who plays Edward, does a convincing depiction of a man caught in the role of his past military exploits. He talks with the stiff clipped cadence of a military type. Behind him on stage are maps of the world that he likes to reference. The presence of maps brought to mind Korzybski’s ubiquitous saying: ”The map is not the territory.” This seems to be a good rubric for the whole play. It conveys the sense of the impossibility of words attaching meaning to the misshapen mound of flesh of the match seller and the awkward projection on him of the histories of Edward and Flora .

Eve Mugar’s acting straddles the essence of the play. Her performance embraces the bicameral movement back and forth between the matter of fact interaction of a couple in their archetypal English garden. She conveys emotive hints at Flora’s deep need to love and care for something beyond her flowers. Ultimately Flora’s passion moves beyond the matter of fact recounting of events and enthusiasm for the weather. This explodes at the end of the play in an ecstatic transformation of the match seller. The play breaks out into the pure mythic when the tray of matches is handed over to Edward along with the balaclava. In this play it is a mask designed by the director Tana Sirois. The canopy that Flora had set up for Edward will be used by the match seller, now called Barnabas, after the Saint’s day of June 11th.

The eye pain that Edward experiences as a slight ache early is a hint of the greater flaw of a man who has been unable to change and will have change forced upon him. Flora, still part of nature is able to access the forces of nature to affect change. As she says : “Women succeed where men invariably will fail.”