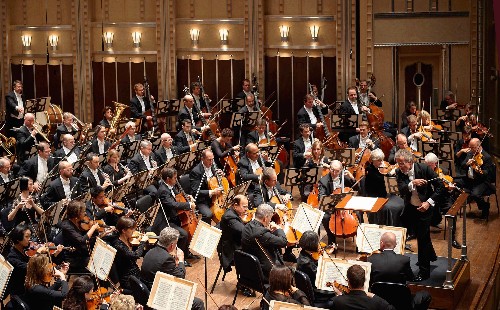 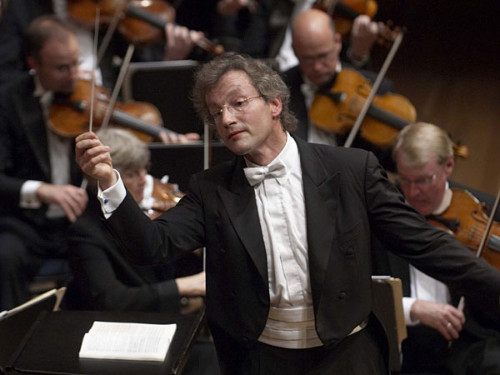 Franz Welser-Möst conducts from the inside out. 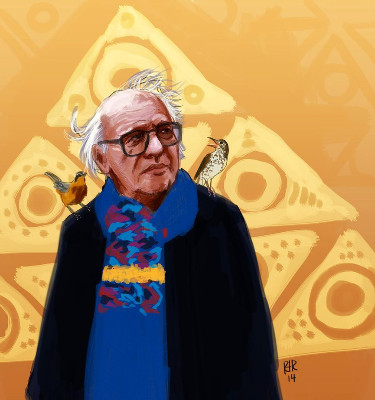 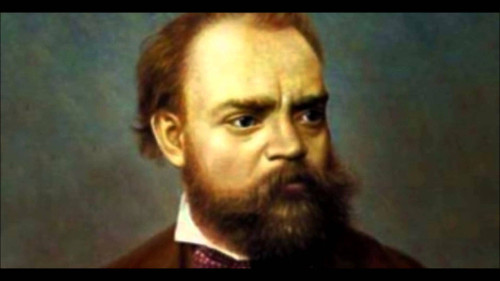 Dvorak, just before Brahms discovered him

The challenge Franz Welser-Möst takes up in a program of Messiaen and Dvorák is of the highest order.  In performing the earlier composer last, the concert ends with Dvorák's one, two punch.

To begin, Welser-Möst subtly announces what he is about: nothing less than an elegant Messiaen idea to express so many streams of time that no single one can claim our attention.  The music comes at you as a whole.  It is continuously present. Performing Dvorák seamlessly shows us the 5th Symphony in a new, rich light.

The program opened with Messiaen's Hymne.  Its score was lost during the Second World War, and Messiaen reconstructed it in 1947.  In some ways, it becomes a symphonic orchestration of the Quartet for the End of Time.  This is a brief statement of the faith which grounded Messiaen's body of work.

Faith's impact on music is complicated.  What happens if an idea or belief impels composition?  When the music itself transcends the idea, we arrive in a new space.  Messiaen's favorite techniques to get here are amply evident as the Cleveland Orchestra plays: often slow and repetitive notes and chords; a fearful symmetry unleashed.

To his basic notions, Messiaen added color in Chronochromie.  The seven parts are undivided, but bound by an overarching classic dramatic structure, a triad.  Starting at the left side of an altar, the music passes to the right before a unified presentation.  The ear is swept into the whole.  Not a glimmer of a thought of exiting the sounds erupts.

The woven web is beautiful, engrossing and quietly overwhelming.  William James wrote that religious happiness is happiness; a religious trance is a trance.  No matter how far we have moved from religious experience, it is human to fall into the happiness and trance the Cleveland Orchestra magically delivers.

In the second part of the program, Welser-Möst drew Dvorák's first big work in much the same style.  The overarching parts are woven together without interruption. Melodies are passed from the woodwinds to the strings and back.  A variety of emotions and sounds are wrapped together. The justly famous Cleveland brass are in supportive roles, providing a blanket under sweetness and opulence, until the final movement when they triumphantly burst forth, fierce.

Trance is also an element in electronic music. Clearly both Messiean and Dvorák compose deep emotion. They both build up and break down.  Time pulses often in individual units, not grouped into longer entities. The Cleveland Orchestra not only entrances, but delivers an orchestral trance.

As you enter the trance, you hold it, remembering the earlier moment, unconsciously carrying it forward.  Repetition helps the 'hold.'  So do bass kicks, ambient notes and fractured melodies.

Welser-Möst concludes with his arms held out straight from the heart in a low first position. He and his orchestra are a dazzlement.

These effects are difficult to achieve.  This may be why we seldom hear this music so well performed.  Lincoln Center Festival is giving us a special moment in time.

The audience was swept.  Silence followed the final silence.  Then the audience reaction matched the orchestras: Exuberant cheers, stamping feet and the full New York embrace of these great musicians.