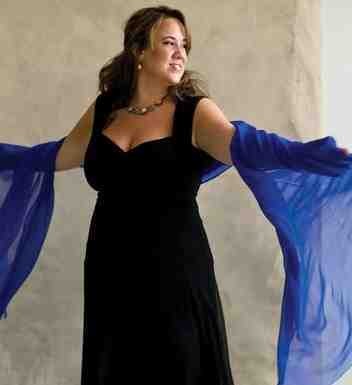 Daniel Mobbs sang the title role. He caught our attention earlier this year in L’Africaine. 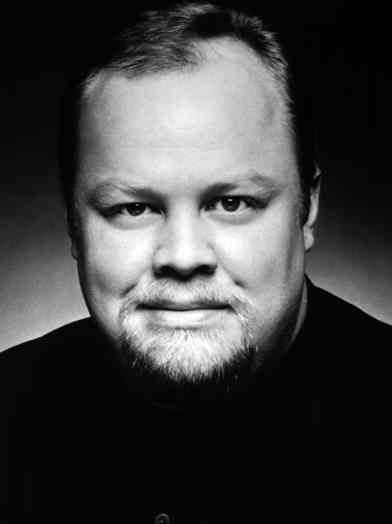 Scott Bearden gave full throttle to the role of the tyrant Gesler.

An appreciate audience applauds the cast, conductor, chorus and orchestra.

It was a lovely evening at Caramoor, nature's celebration of the Schiller aesthetic that a sense of nature's beauty is 'the condition of the highest reality."  This aesthetic informs the Rossini opera based on Schiller's play, but it is not the core, which is rather a nation's struggle for freedom.

Will Crutchfield conducted with vigor and passion and drew forth a magnificent performance from the Orchestra of St. Lukeís.  The cello solos that began the program, and the singing of the double basses added immeasurably to the evening's pleasure.  The Caramoor Festival chorus sang the villagers' dread, fury and joy with power.

This grand opera is seldom performed.  The singing roles make inordinate demands.  You do not see Arnold in the repertoire of Juan Diego Flores.  Marcello Giordani sang the role at the Bastille in Paris in 2003.   At Caramoor, Michael Spyres, worked hard to deliver the over 400 notes surrounding and including high Cs and even the Es above which Richard Wagner counted when he reviewed the score.  In undertaking this demanding role, Spyres was not only brave, but also constant in tone and feeling.

Scott Bearden as Gesler the tyrant sang his threats in a big, bold voice.  Daniel Mobbs was a knock out as Tell, bringing consummate acting talent along with a clear, detailed interpretation.

The gorgeous and demanding arias and ensemble pieces were sung with particular beauty by the lead females.  Talise Trevigne was exciting as Tell's son.  Not only does she have a lovely voice, but she and her father Mobbs interacted with full feeling.

Rossini told Wagner that no sentiment moved him more in his life than the love he had for his mother and father.  "...there...I found the note I needed for the scene of the apple in Guillaume Tell."

Vanessa Cariddi a mezzo who sang Mrs. Tell, is familiar to this year's Caramoor audience as Buttercup.  Her color and coloratura are wonderful.

Julianna di Giacomo stole the show.  She has a seamless voice through the octaves in which Rossini wrote this role.  She undertakes the most demanding bel canto lines and decorations with ease and great beauty.

You leave the theater wondering why this opera is not mounted more often.  But four hours have passed, and that with big cuts in the score.  It is not only the staggering length that inhibits.  Who is brave enough for the role of Arnold?  And frankly, after the beloved overture familiar to summer concertgoers of all ages, but particularly people familiar with the Lone Ranger radio and TV shows, the first act thuds.

Crutchfield makes a case for the Act I arguing that it is a "spacious, humane oratorio on the theme of Swiss village lives."  This might be a good argument for excising it from the opera.  After the overture, you could open with the glorious arias and duets between Mathilde and Arnold in Act II,  and cut the dancing.  It's not just that the opera would take place in a more manageable (palatable) time frame, but Acts III and IV are both glorious musically and full of high drama.  In its current form, we wait too long for them.

The Caramoor Bel Canto program is a platform for emerging talent.  Angela Meade has rocketed from her performance last year in Norma to the Metropolitan Opera's opening production of Anna Bolena in the coming season.  She will return next year in concert at Caramoor.  Who knows what will happen to this year's Guillaume Tell cast.

The Guillaume Tell opera is of course ripe for revival in this country's opera production companies.  In his own time, Rossini claimed to have kept audiences awake with horns and percussion.  Another way to do this today is to cut and mount.  With a brave tenor in place, we look forward to a production taking up the challenge Caramoor has so marvelously mounted.

The season continues at Caramoor.