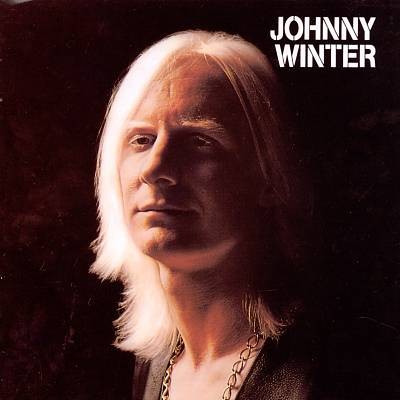 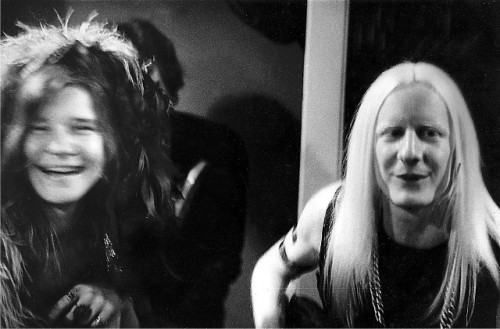 Steeped in traditional blues with a marginal singing voice, mostly a furtive shout, and awesome guitar chops there was mega hype in the manner in which he was launched and promoted.

A genuine talent who should have been given the time and opportunity to mature as an artist he was instead shot from a canon as a circus freak show. He and his multi-instrumentalist brother Edgar were born with albinism. The lack of pigment meant that with long straight hair which flailed about during performances the Winters were the whitest of the white playing traditionally black music.

It was an instance of “blued eyed soul” to the max. There were also gossip links of a brief romance with ill fated blues rocker Janis Joplin. She was known for numerous celebrity flings including Joe Namath.

At the time Columbia was the most prestigious label to record with. Its roster ranged from Miles Davis to Bob Dylan.

It was a bar that Winter never reached with a series of respectable but marginal releases. He refused to expand into guitar rock as did the superstars that like him were rooted in blues.

He was ranked 63rd in Rolling Stones list of 100 all time guitarists.

Overall, Winter was yet another marketing phenom that never maxed out his potential.

He was the “whitest” blues player when Shuggie Otis (remember him) was being hyped as the “youngest.”

It was with enormous advance publicity that we first heard Winter at the former Boston Tea Party in its original location in the South End.

The stage was lined with a then unprecedented wall of tall, black, Marshall amps and speakers. The resultant music was ear splitting and too uncomfortable to absorb the nuances of his playing. He was performing in dog ear range. We recall a somewhat spastic style with Winter splaying about the stage with enormous gushes of guitar and blues shouting.

For Columbia’s flacks it may have seemed like a sure thing but I recall the audience being as apathetic at the freak show as I was. It was impossible to feel empathetic to such a spectral presence.

Later after a truncated career as a recording artist with the lesser affiliate Epic the brothers were merged. It made for a better band.

During back stage interviews it was odd to encounter Johnny and Edgar. As a symptom of their condition they suffered from poor eyesight. They didn’t really focus on who was talking with them. The dialogue never got past first base as answers floated by. The brothers seemed to inhabit their own universe only communicating with their intense and individualistic music.

When Winter’s career stagnated because of a refusal to expand into rock material other personal issues emerged.

From then to now he faded into that wasteland of lost Woodstock era legends.

Had he not been forced into an impossible star role Winter might have endured as one of the blues giants of his generation.

Columbia anointed him to a superstar status before the fans had a chance to see and hear him. The strategy backfired.

Ultimately he came in 63rd which is to say out of the running and in the back of the pack.

With kudos for sticking to pure blues and not succumbing to his own PR.

As Blind Lemon Jefferson put it “See that my grave is kept clean.”