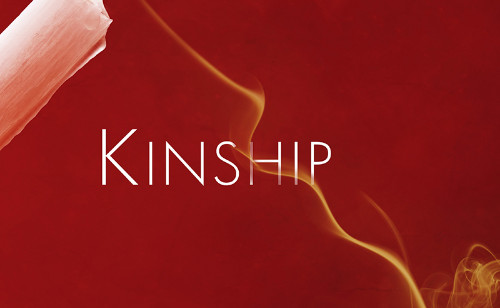 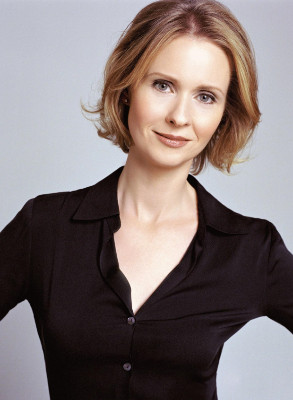 On and off stage Cynthia Nixon is tall, attractive, smart and superbly talented.

She was the bright one and lawyer among the four women of the long running television comedy Sex and the City who regularly met to dish dirt and lap up cosmos.

While not the star of the show Nixon’s career has proven to be remarkably durable. In recent years in addition to an Emmy for her work in television, she won a Tony and also a Grammy. She has become a bankable name on Broadway marquees.

For all of those reasons it is a coup for artistic director Mandy Greenfield to bring her to Williamstown during her first season. Indeed the entire program, which is still looking for a hit, features a number of renowned actors.

Enticed by Nixon's star power the two week run of Kinship, a three hander written by Carey Perloff and directed by Jo Bonney, sold out not long after the season was announced. It is one of the tough tickets of a summer in the Berkshires.

Based on last night’s opening, with too many dropped lines, a set malfunction, and groping synergy among the actors, this felt more like a preview. Arguably, with brutally brief rehearsal time which is the norm for summer theatre, the play will find its focus over the next couple of weeks.

While the production may get better, and we should give it the benefit of the doubt, the larger issue is whether that will be enough for a play that needs a lot of work?

Stripped to its essence this is an overly familiar story, sexual exploitation in the workplace, with the twist that a woman is in power. She risks everything, a brilliant career and happy marriage to a supportive husband and two great kids, for a fling with a convenient and easily manipulated underling.

Perloff, who was directing Phèdre (originally Phèdre et Hippolyte, 1677) by Jean Racine, when she started to write this play was inspired to find a parallel with the central character. She is a tough as nails senior editor for a West Coast newspaper which has just introduced an “app” and gone digital.

For reasons that never become clear she meets each week for breakfast with an older woman friend (Penny Fuller) who is a former actor and now a teacher of drama.

In one of the few comic lines in a generally austere evening, as a double entendre, She comments about how much she hates theatre. When delivering the line Nixon gave the audience a tongue in cheek knowing look. The Friend has just taken her son, newly arrived from LA (Chris Lowell), to see a small production of the Greek tragedy in a church.

While her husband is off slaying the Minotaur and other mythical foes as well as having affairs with amazons his queen, Phèdre, has time on her hands in the palace. Tragically, she is obsessed with her stepson Hippolytus. When her love is spurned, he is interested in another woman, the queen like She, devolves into a vengeful, self destructive monster.

Hell hath no fury and all that.

The essence of this play is divulged with the opening lines, a prologue, by She. In a quick back and forth, a kind of distillation of “to be or not to be” she asks herself “Are you attracted to someone because they’re talented or do you believe someone to be talented because you find them attractive.”

There in a nutshell, from the get go, the plot of Kinship is revealed. That and the Phèdre theme, if you know the play, suggest that there will be little surprise as the drama unfolds. All of the reversals and tragic consequences are laid out from the first words of the play.

The intent, as one surmises, is to be bold and ambitious with a conflation of high art, Phèdre, and the contemporary dilemma of women in power who, given motive, lust and opportunity, are ultimately no better than men.

Were She actually He, or samo samo, there would be no reason to produce this play. Been there done that. For millennia. Reversal of gender role play may break the glass ceiling for some but in the end two wrongs don’t make a right.

In a spare set efficiently but enervatingly designed by Rachel Hauck, much of the action occurs during meetings at a café. An extension of the round table, with incongruously the same decorative chairs, becomes an office meeting room.

These twosomes alternate between She and Friend and She and Son. The plot point is that during these tete a tetes the left hand does not know what the right hand is doing. Far beyond reason it is not revealed that the male in question is both the cub reporter and love interest of She and the Son of her friend.

Newly arrived from LA, as a struggling writer for screen and TV, He  has been hired as a rookie general assignment reporter in the news room. As a marginal creative writer he must learn the basics of journalism. The norm is that it takes a year or two to earn a byline.

Literally they crash into each other while navigating the corridors of power. The collision has sent her papers flying. Kneeling at the feet of a famous and powerful editor he blurts out in a charmingly bumbling way a deep admiration for her.

She, as the term later emerges, is immediately “smitten.”

Oh really! Smitten? Is that the right word to describe the emotions of a powerful, tough as nails, senior editor falling for a rookie reporter?

We know she has balls, so to speak, because She keeps saying fuck. It’s fuck this and fuck that. Clearly, this career woman ain’t no lady.

When Mom insists on coming to see his apartment it is bare and doesn’t even have a bed. He is sleeping, when he can get away from work, on an air mattress. Mom wants to know what will happen when he takes a woman home for the night? “We’ll go to her place” is the answer.

With She, however, that’s complicated.

Taking an entry level position in journalism, a move for which he is not trained or prepared, he wants to keep it light. If things don’t pan out, which in fact happens, he can pack up and leave.

Understandably, Mom wants back in his life. While not fleshed out their relationship is strained. There is guilt and betrayal involved. Getting back together entails attending theatre and seeing that fateful production of Phèdre. He doesn’t enjoy being dragged to theatre with her. While it is her life it also led to an affair with a colleague which destroyed the family. His anger over that colors his involvement with She.

A reluctance to repeat the adultery of his mother is enhanced when She invited him to a family dinner. This entails liking her husband and joking with her kids. She was energized by risk taking and guilty pleasure while He resented the deception.

It is just one of many signifiers of how she toys with and manipulates him.

Without precedent in the news room a senior editor and cub reporter start working long hours together. He suggests that they meet for a drink at midnight. It is a rather romantic and insubordinate, presumptuous setting for a first date with his Boss. She just hates that he uses that term for her.

In agreeing to an off campus hookup she knows that she is crossing a line. He is out of line in pursuing more than a professional relationship. Initially it’s just a step beyond an office flirtation. We all know what that’s like.

Yet again, here we go, power is a strong aphrodisiac. With their first tentative embrace they start an inevitable slide down a slippery slope.

He blurts out that she reminds him of Phèdre the character in the play he saw with his mom.

As much as she hates theatre, oh the irony, she has to see for herself.

During their later conversation about the play and the church which hosts the theatre he suggests a story idea. She thinks it’s brilliant and may indeed develop into a series. It does and wins a Peabody award. In a confluence of heart and mind she assigns him a story with 2,000 words. That’s War and Peace for journalism. And a byline. Of course she will work with him and edit the story.

As is often the case in such relationships there is confusion between mentor and lover. That cuts back to Nixon’s opening lines. There is always the interesting concept of transference as power and knowledge seek rarely achieved equilibrium. Too often this plays out as winner and loser. There always seems to be collateral damage, not just to the lovers, but their families and friends. Ultimately, kids are the losers. He knows that first hand but it is a lesson She has yet to learn.

The consummation of her passion will occur during a conference of editors in D.C. She has booked a suite and invited him to come along for some editing.

Things do not go as planned. Frankly, the confrontation in the hotel room just doesn’t work. In its current form we don’t understand the how and why of his reversal. Yes, we can figure it out, but it’s not dramatically credible as currently staged. She is left hanging, embarrassed and then enraged.

During the denouement it is revealed that, like Hippolytus, he spurns the Queen/ Boss by seeing another woman. When She demands to know the name of her rival it is revealed that he has been dating Ann. That enrages her. The woman in question, as She spits out with contempt, is a third string staff photographer. The idea that the younger less daunting “mousy” woman may be a proper match for He never occurs to her.

It gets lonely at the top.

Feeling enraged and spurned She has nobody to turn to. Her Friend has stopped returning calls. Inadvertently the Mother has figured out that her son and the love interest of She are one and the same.

It goes south from there.

The performance of Nixon lived up to expectations. It is easy to understand why she would take on this play about a strong and independent career woman who wants to have it all.

In this production, however, the other two actors aren’t capable of challenging her with the level of give and take tasked by the script. There is too much falter and fumble in the scenes with Fuller. We never understand why these women of disparate generations are so intimate. The back story is never fully developed.

Is She so successful, tough, competitive and driven to be incapable of finding a woman of her age and skill set to interact with? Is the Friend a surrogate mother? And if so why? What is the nature of that dependency relationship?

In seeking an affair with a younger man under her command just what is the fatal flaw in her character as defined by Aristotle's essentials of tragedy? Why is her vengeful reversal so unconvincing? The direction of Jo Bonney never allows Nixon to execute a compelling transition from here to there. The ultimate rage and meltdown of such an alpha woman seems petty and unbecoming of her considerable accomplishments and assumed self confidence.

We don’t buy into her being smitten by Lowell's character who isn’t all that cute, dishy or charismatic. When She complains to Friend, good grief, that he can’t even write, well girl, WTF.