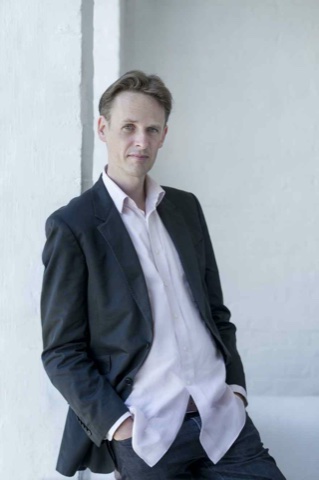 Winterreisse, the Franz Schubert 24 song cycle, is one of the most popular lieder works. Tenor Ian Bostridge, who like Luciano Pavarotti, backed into singing, has made the work his own.

Winterreisse was unusual at the time of its composition. Schubert was literary, and well-understood the content of the poems he was setting. The piano is used, for the first time, to reveal atmosphere, the psychology of the singer and layered poetic meaning. Anything could be expressed by both instruments.  Anthony Pappano, as accompanist, showed us a wide range of feeling and spirit.

Watching Bostridge perform, you can hear a history of the cycle's performance. Almost every stance taken by singers, men and women, over time, is taken by Bostridge.

The first performer, and a favorite of the composers, brought drama to the role.  He was severely criticized at the time, but the composer liked his interpretation. Bostridge is certainly dramatic, dipping his long, lanky frame to emphasize depth of notes and emotions, and relaxing into the piano’s keyboard when he whispers. The occasional humor is written for the piano, but thinking of Schubert with his nickname, The Mushroom, because he was very short and squat, and looking at the long Bostridge, all height, you grin to think of Mutt and Jeff.

Seldom in Bostridge’s interpretation do we hear the declamatory style once thought a requirement. Yet it is there. And Bostridge almost pokes his voice at us when he seeks emphasis. He is an exciting performer.

His style feels, if not contemporary, very much now. It is also gender neutral, a topic of interest to the writer Bostridge. Who should be singing this work?  Dietrich Fischer Dieskau, one of its formidable interpreters, thought that women should not.  Joyce di Donato took on Winterreise as a diary she found and read aloud,  It worked.

Bostridge likes the distancing effect when you sing a role not written about a person of your own sex. He notes Britten's Curlew River, in which a man becomes his mother. While gender neutrality may push both listener and singer away, in the end it can be overwhelming.

Bostridge notes: “The only thing that the assumption of an alternative gender achieves is an intensification of that distancing effect. And what the distancing effect does for me is that in the long run, it allows for a much greater emotional intensity. If you front-load all the emotional intensity, you end up with a mush of sentimentality. But if you hold back, if you've got a man playing a mother, there’s something detached about it to begin with, but in the end, it is completely overwhelming.”

Prinzregentenstrasse Concert Hall was built for Wagner’s operas and opened in 1901 with a production of  Die Meistersinger von Nuremberg. The auditorium was built to Wagner’s specifications, but an amphitheater has now replaced the loges. Wagner did not like Schubert’s piano and orchestral music, but he loved the songs.

Winterreisse is not a narrative, but rather the description of a state of mind. In sum, the singer, according to Bostridge, is “teetering on the edge of unreason.”

In response to questions about singing in this time of Covid, Bostridge points out that in art, there are two things going on all the time: The desire to engage with what needs to be done in the world practically. The questions of, “How do we stop people dying? How do we stop people suffering? How do we feed people?” But then, on the other side, there's a sort of Samuel Beckett aspect of art, which is to interrogate what it is to be a human being, regardless of all these things. What is it to confront the ultimate loss of identity?”   Like much of the music being performed this summer, the question is asked:  How can we come to terms with the time in which we were not and then time when we won't be again?

Bostridge’s performance was conversational and invited us into a sometimes uncomfortable, but always moving space.