First Visit to the Berkshires 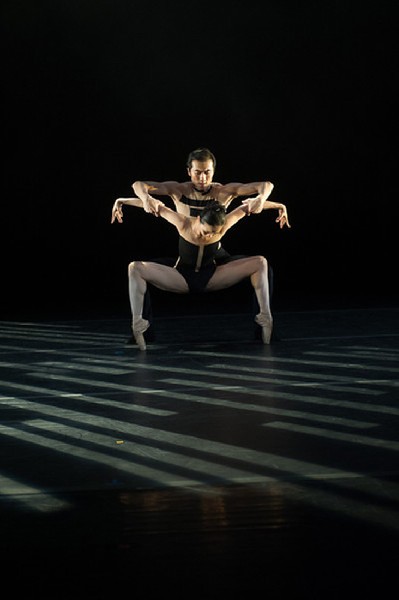 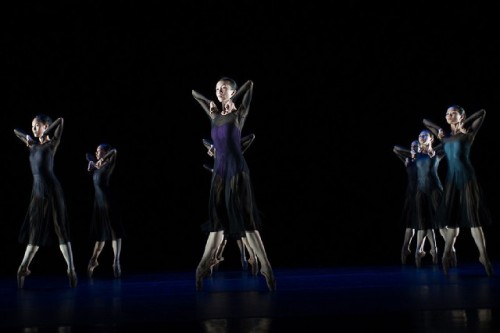 The Hong Kong Ballet in Symphony in Three Movements; 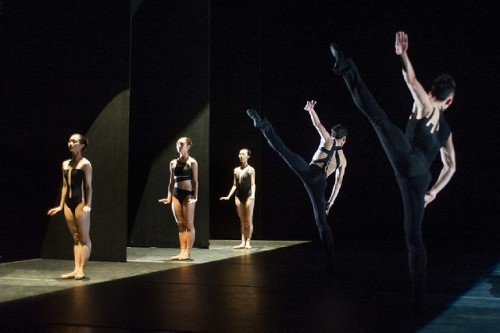 The Hong Kong Ballet in Black on Black. 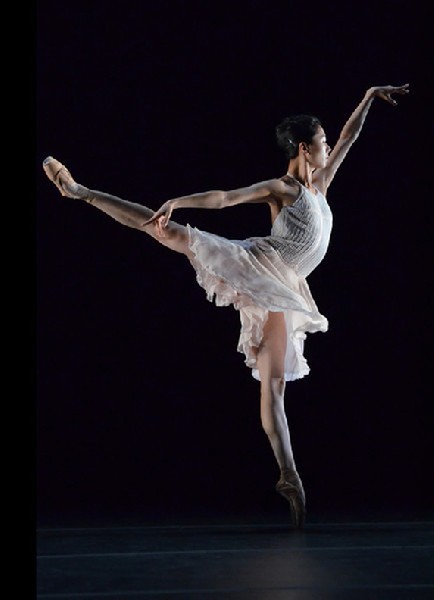 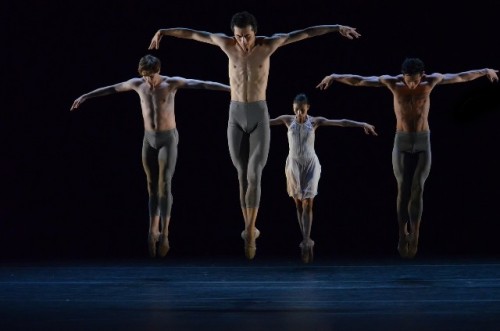 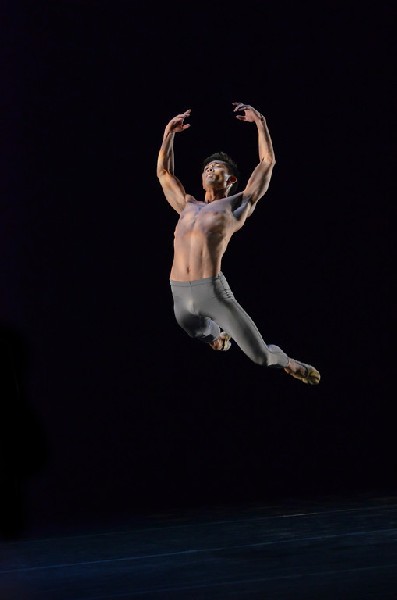 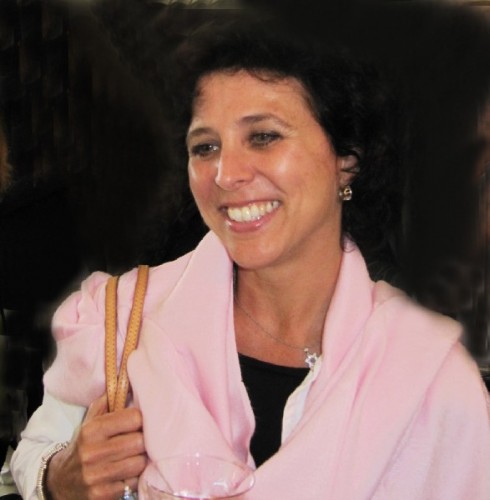 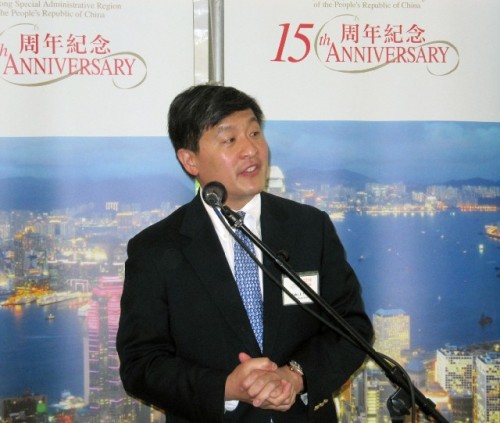 Board Chairman John T. Ying before a Honk Kong backdrop. 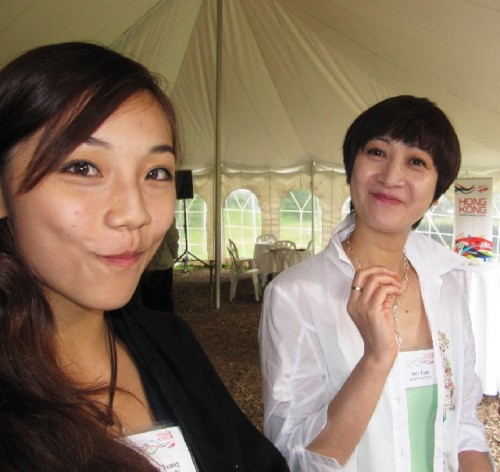 Now in its 33rd year the Hong Kong Ballet has toured twenty times while this is its first visit to Jacob’s Pillow Dance. The company adheres to Western traditions of classical ballet with primarily Chinese and Asian dancers and a minority of European and North American members. For the past few years the artistic director has been Madeline Onne. She is a former Principal Dancer of the Royal Swedish Ballet. She founded the company 59 Degrees North which performed at Pillow several times. From 2002-2008 she was the Artistic Director of the Royal Swedish Ballet before joining the Hong Kong Ballet in 2009.

It is a part of a mandate that Jacob’s Pillow invites the best of global dance companies to its stage.

Before the evening program there was a reception hosted by Anita Chan the director of the Hong Kong Economic and Trade Office in New York. Standing before a backdrop of Hong Kong she described a thriving cultural climate including a vast new development of a cultural district and park being designed by Lord Norman Foster.

In 1997 the transfer of sovereignty from the United Kingdom to the People’s Republic of China occurred, officially ending 156 years of British colonial rule. There were global concerns that Hong Kong would loose its political, social, and cultural independence as well as strength as a matrix for world trade.

Chan drew a laugh from the audience when, expressing those concerns, she stated that “we’re doing ok.” We learned that Hong Kong continues its unique character, where English is generally the first language, and the economy flourishes.

With such a long British presence and influence it is not surprising that the Hong Kong Ballet would reflect a dominance of Western training and tradition. We were informed that there are Asian influences but in the program we saw last night they were at best quite subtle.

Speaking with the Executive Director, Rebecca Ip, she related that the company regularly performs all of the classic ballets including, The Nutcracker, Swan Lake, and Sleeping Beauty.

The intention of the current tour and visit to Pillow is to have its dancers become more widely known to the dance world. In that regard this was a very insightful and successful venture. That said, it was challenging to find a strong signature style that distinguishes Hong Kong Ballet from numerous other classically based companies.

The program of three dances- Black on Black, Luminous, and Symphony in Three Movements- introduced us to a meticulously trained and disciplined company, indeed very beautiful and glorious dance, but not much of that, je ne sais quois, drop dead, stunning, wow factor.

There were many interesting aspects of the first work Black on Black choreographed by Kinsun Chan but I found the music “String Quartet No. 2, Op. 24 ‘Quasi Una Fantasia’ ” by Henryk Gorecki to be oppressively monotonous and amplified at such a level that it overwhelmed details of the dance. The costumes,  by Kinsun Chan, with their varied geometric patterns were fascinating and enhanced the notion of exploring all of the variations of black.

White is the presence of all color while black is it total negation. Within that absence, however, is a great range of depth both visual and emotional. This was richly conveyed in the elegant and complex dance of the Main Couple, Ming Li and Yan Wu and the Second Pas de Deux, of Ruixue Dong and Song Wei Hu. There was a particular lightness and buoyancy to the lifts of the women.

The second work Luminous, while exquisite, never reached far beyond a statement on beauty. This is not to fault the choreography of Peter Quanz or the music of Marjan Mozetich but there was nothing in particular that added to our vocabulary and understanding of classical ballet.

After the second piece it was with diminished expectation that we anticipated the third and final piece.

Yet again, one comes to expect the unexpected.

Of course, it helped enormously that we finally heard some truly great music Stravinsky’s rapturously, furiously riveting, textures and blasts of horns in Symphony in Three Movements.  He composed it during the war years from 1942 to 1945.

Is it wrong to feel that it is his Guernica? Perhaps we are being too literal but in this massive work by Nils Christe, with as many as 24 dancers on stage at any given time, in addition to the Duo Concertante, stunningly performed by Yu-yao Liu and Yao Zhang, there was a combative, strident, violent and emotionally charged sensibility.

There were passages, particularly in the huge ensemble segments, that evoked the seminal innovation and intensity of Stravinsky’s shattering Le sacre du printemps which changed music and dance forever in 1913.

As a dozen women advanced across the stage en pointe was there a suggestion of a Nazi Goose Step? The group of women alternated with the group of men. Eventually they were combined. In a moment, perhaps expressing hope or the end of the war, out of the mass of dancers on stage, Liu and Zhang are flung together. A spot catches them in a frozen moment then is distinguished ending the dance.

It is difficult to sort out just why I didn’t want that third and final selection of the program to end. It was the paradigm of what one hopes for. To forget that we are watching ballet and to be absorbed into a suspension of time and space.

There was also a compelling suggestion of the full potential of the company to stretch and expand beyond the limits of traditional, classical ballet. In that regard, perhaps the company, and artistic director Onne, greatly benefit by touring. It is vital to the growth of the company that it perform before audiences where classical ballet is the norm. And not just a rare fruit nurtured in the greenhouse of a very different cultural tradition.