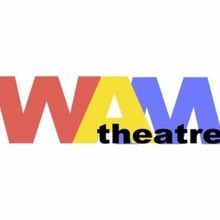 WAM Theatre  announces that the beneficiary for the October World Premiere production of Susan Dworkin’s ‘The Old Mezzo’ will be Berkshire based Shout Out Loud Productions, a non-profit run by Jeanet Ingalls that takes action to address sexual trafficking. In keeping with WAM Theatre’s double philanthropic mission, Shout Out Loud will receive up to 25% of the box office proceeds from ‘The Old Mezzo’.

Artistic director, Kristen van Ginhoven, says, "WAM is delighted that our production of ‘The Old Mezzo’ will support Shout Out Loud’s work to help children, like Jeanet, whose lives have been torn apart by one of the major issues of our time, sexual trafficking. We are also moved that both Jeanet and WAM were motivated by the same book, ‘Half the Sky: Turning Oppression into Opportunity for Women Worldwide’ by Nicholas Kristof and Sheryl WuDunn, to take action. Choosing Shout Out Loud Productions as our fifth beneficiary, and our third local one, reflects all the reasons WAM was founded."
Shout Out Loud Productions is a not-for-profit organization, helmed by artist Jeanet Ingalls, focused on raising the global awareness of sex trafficking, social accepted abuse and poverty in the lives of women and children. Their first project is a video diary documentary that will trace Jeanet’s early life in the Philippines. Through interviews with Post Traumatic Stress Disorder experts and a trip back to the Philippines to speak to children who have been coerced into sex trafficking, the documentary will begin Shout Out Loud’s work to educate broadly about the pervasive reach of sex trafficking and its life long effects on those lucky enough to escape.
"By selecting Shout Out Loud Productions as the beneficiary for 'The Old Mezzo', WAM Theatre demonstrates that it not only understands our mission and purpose to raise awareness to protect victims of sex trafficking, but it also wants to be proactive in this effort as well," said Jeanet Ingalls, Founder / President.
Pier Boutin, Vice President, continues "We thank WAM for its bold action, are honored by their choice, and we hope the power of our outreach project will inspire and motivate others to do what they can to help the victims of sex trafficking."
The Old Mezzo concerns the political awakening of a great opera singer. Alyssa, the old mezzo, is driven by the recent death of a famous conductor to teach a master class concerning the Politics of Singing. The class takes the form of a play within a play where we revisit important scenes from Alyssa’s past. She has assigned parts to four of her students and as the exercise unfolds, we see how Alyssa had to risk her fame and success to preserve the freedom that is so essential to the arts. By the end of the play, through a surprising connection to recent events, the importance of politics in art is revealed.
The Performance Dates are October 12-28. For information on tickets and venue go to www.WAMTheatre.com
Back to Theatre Section Home