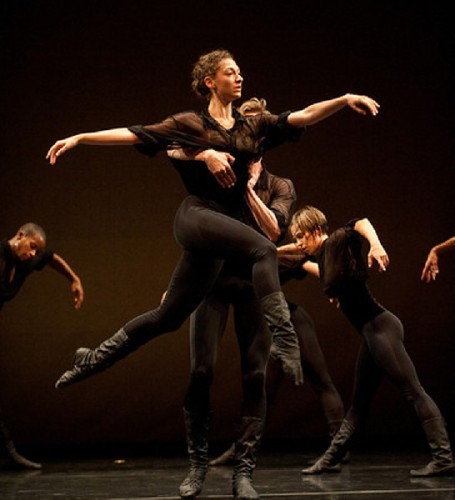 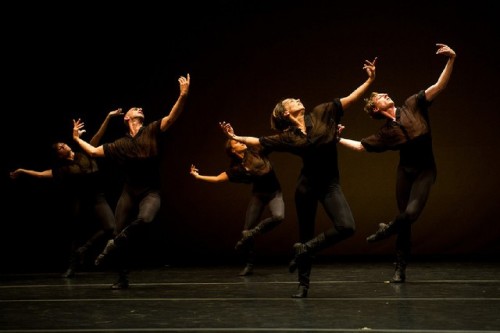 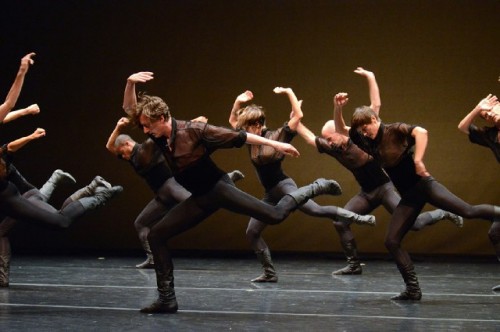 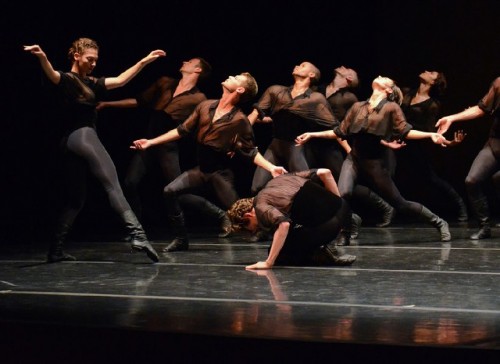 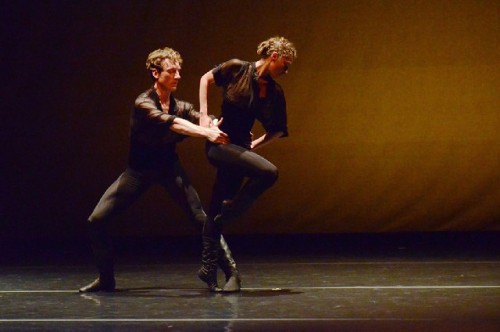 In 1978, when Lar Lubovitch created a dance based on the music “North Star” the composer, Philip Glass, who is now 71 was then 41. It was unique at the time and has since then become quite usual as Glass has worked with other dance companies and a great diversity of projects.

While Glass was then a fully mature composer, and one finds in this composition all of the signifiers of his minimalist, repetitive, pulsing style, the music seems quite simple in its recognizable classical instrumentation rather then the enhanced keyboards and digital enhancements he has favored since then.

In this enduring piece, which holds up remarkably well some three decades later, Lubovitch deserves much credit in seeing the potential of the music for Glass to be set to dance.

Opening the program it set a foundation and bookmark from where the company was, ten years from its founding, and a piece from 2011 Coltrane’s Favorite Things that brings us up to the moment.

What must have been quite startling when first introduced now seems readily familiar and comfortably acceptable. The ensemble of men and women were all dressed with dark blue tights and loose tunics of the same color. This had the results of seeing them as elements in the dance and not as divided by gender.

Joining hands they formed long, flowing, undulating lines usually with the tallest member of the company, Reid Bartelme, anchoring the middle with the other dancers descending left to right by order of height. There were aspects of crouching that emphasized what appeared to be wave like, flowing, and undulating movements. At times the women on the ends were lifted revealing horizontal positions with the flutter kicks of ersatz swimmers. The dancers in the several movements would form lines and also break off to dance individually but again in a visually harmonious symmetry. Through all this was the signature Glass ostinato.

A particularly stunning passage entailed a solo by Jenna Fakhoury. Her frenetic movement evoked the look of someone fluttering in the stop motion pulse of a strobe light.

Of the four pieces in the program Duet for Meadow, a duet by Kastarzyna Skarpetowska and Brian McGinnis was particularly stunning. The evocative, understated richly nuanced music “Incipit Vita Nova” by Gavin Bryars is difficult to describe and fits no readily familiar genre. So we had to listen attentively to the music and intuit how that related to and informed the dance. Skarpetowska was draped over and clinging to McGinnis in slowly evolving, often frozen, sculptural silhouettes. The clinging and joining of bodies recalled elements of the company Pilobolus but in a far more lyrical and poetic manner. The mottled, organic design of the costumes by Ann Hould-Ward enhanced the notions of a connection to nature and perhaps mating insects.

The next selection The Legend of Ten set to music by Brahms in two of four movements (Glenn Gould at the Piano) was more explosive. The work entailed both ensemble as well as solo performances. Again there was the sense of the organic and linear.

The work we most anticipated was Coltrane’s Favorite Things. The studio album  was recorded by John Coltrane in 1961 with McCoy Tyner, piano, Elvin Jones, drums and Steve Davis, bass. For this dance Lubovitch opted for the longer, more exuberant live recording from Copenhagen in 1963. The major personnel change was bass player Jimmy Garrison. They both died young; Coltrane at 41 in 1967, and Garrison at 42 in 1976.

The modal music which Coltrane developed from bop was never more accessible or joyous than on this rendering of the Rodgers and Hammerstein standard from the musical The Sound of Music.

For this dance the curtain parted to reveal the full stage including the barn boarding of the rustic Ted Shawn theatre. There was a single odd prop a dress maker’s mannequin. We never figured out what that mean. The stage was flooded with strong light that deemphasized theatricality. The exuberance, joy and smiling faces of the dancers projected that they were having fun. Literally they were throwing themselves into the choreography. It seemed to evoke that they were just letting loose as the barn burning, couldn’t resist that analogy, climax of the program.

In chorus after chorus the Coltrane quartet took turns riffing and improvising on the melody. From time to time returning to the richly textured, growling tone of Coltrane’s soprano sax. The movement of the dancers matched and responded to the arc of the music. At the end of which two dancers just collapsed to the stage simulating a state of utter exhaustion. It evokes the sports analogy of basketball players leaving it all on the floor.

The audience responded with applause that took many inventive curtain calls by the company which was finally joined on stage by Lubovitch. It was an evening notable for a confluence of modernism and the classical tradition. The experience was evocative, and as underscored by the Coltrane, familiar, exhilarating and refreshing.