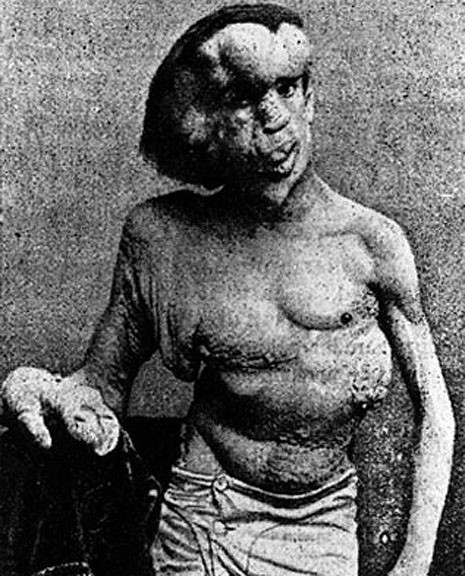 John Merrick was known as The Elephant Man. 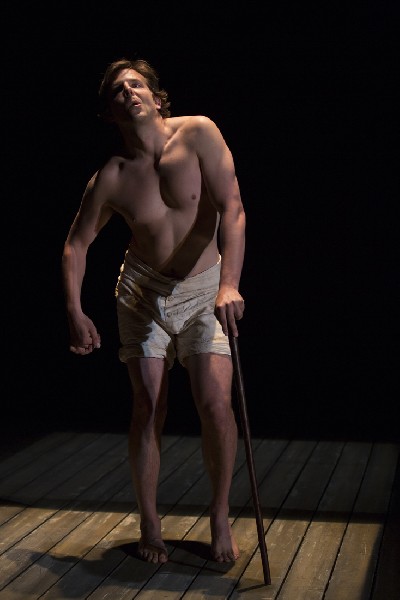 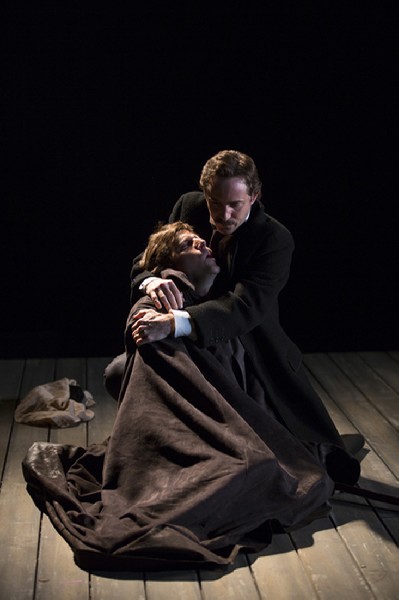 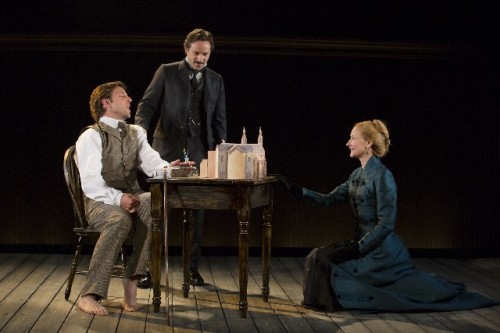 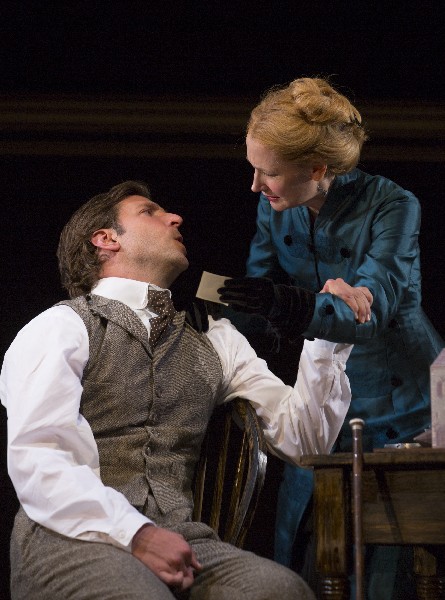 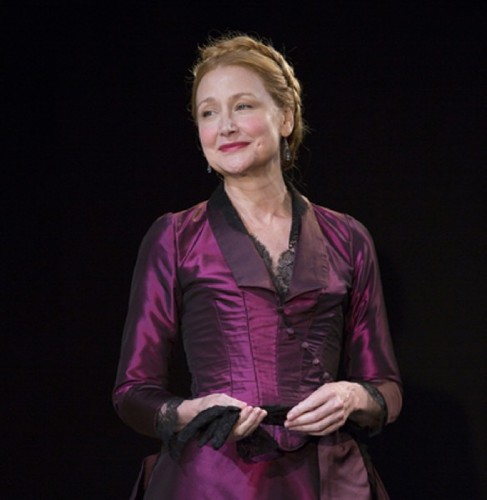 Mrs. Kendal was hired to be a companion but evolved into becoming a friend. 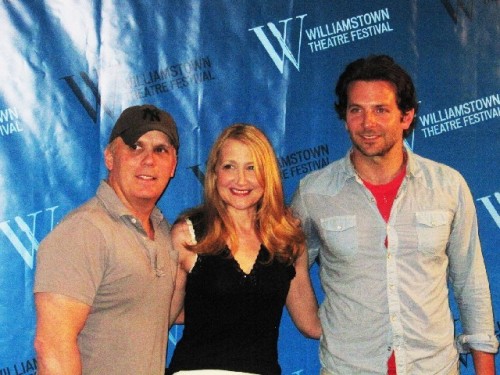 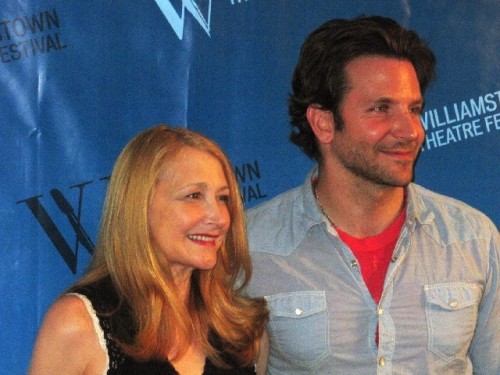 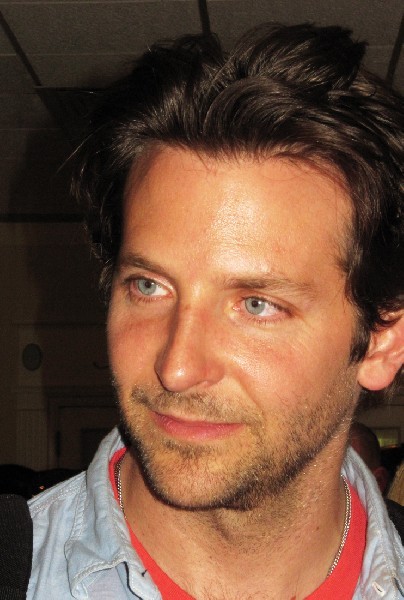 Bradley Cooper as The Elephant Man.

A powerful play by Bernard Pomerance The Elephant Man had its Fringe debut in London in 1977. The 1979 Broadway production garnered Best New Play, Tony and Drama Desk awards. The play has continued to be produced and serves as a benchmark for actors.

The particular challenge is that Pomerance’s guidelines insist that no prosthesis or special makeup be employed to convey the deformities of John Merrick (1862-1890) who was billed as The Elephant Man in carnival/ freak show attractions. The show was shut down first in London and then in Belgium where his manager robbed him and sent him penniless back to London. There he was taken in and given a permanent home in London Hospital by Dr. Frederick Treves who had examined him before leaving for Belgium.

In a gripping production, directed by Scott Ellis at Williamstown Theatre Festival, in the performance of a lifetime Bradley Cooper entirely makes us forget that we are looking at what People Magazine has dubbed the Sexiest Man Alive. Here he utterly inhabits, with amazing contortions, one of the most physically afflicted and fascinating individuals of the Victorian era.

If the performance by Cooper is jaw dropping he has a perfect partner, and curious love interest, in Patricia Clarkson as his paid companion, the actress Mrs. Kendal. Their scenes together are galvanic and indelible.

Completing what may be seen as a love triangle Merrick’s physician, patron, and friend, the complex and conflicted Dr. Treves (Mrs. Kendal calls him Freddy) is played with skill and insight by Alessandro Nivola.

When any combination of these three actors are on stage we are entirely entranced grasping every morsel of their emotional intensity and intellectual/ philosophical ruminations.

Ah, but there’s the rub. As Sartre said “Hell is other people.”

In this case a supporting cast which is often difficult if not impossible to hear and follow. They tend to impede and disrupt the flow of the narrative. Ross, the drunken manager of Merrick, as played by Shuler Hensley, is a muddle even more so when he bellows. Curiously, he played the more subdued Bishop How more than adequately.

Carr Gomm (Henry Stram), the manager of the hospital appeals through the media to raise funds to keep Merrick in the hospital. Stram was a standout in WTF’s prior The Importance of Being Earnest but here he struggles to convey his lines. There is an important interaction with the newly hired Dr. Treves which we never grasp. It is a plot point that sets up the emotional unraveling of Dr. Treves when he looses his most famous patient. There is also a scene where Dr. Treves is swindled that makes no sense.

At times the rather bare stage, designed effectively in a modular manner by Timothy R. Mackabee, is run amuck with a confusing clutter of nurses and orderlies. Here, less would be more.

These are distractions which may indeed be endemic of the limited rehearsal time and insane pacing of the summer festival. But where the emphasis lies, in the performances of three primary characters, as the British would say, this production is brilliant.

It is reported that Cooper will earn $15 million for The Hangover: Part Three. It is a tribute to the respect that he has for WTF that Cooper is spending six weeks in Williamstown for the equivalent of a per diem. Previously, he appeared at WTF in the Theresa Rebeck premiere of The Understudy. It is also significant that Cooper and Ellis were able to cast Clarkson, their first choice, for the role of Mrs. Kendal and to lure Nivola away from a tight schedule. This is Clarkson’s third WTF appearance but after an interval of some years. She is mostly involved with independent films. This production argues that we should see her regularly on Broadway.

This dream team has been assembled purely for the love of the craft and opportunities to take on career defining challenges. Significantly, it is a theatrical event of national importance occurring in the Berkshires.

While Dr. Treves first examines Merrick, with Cooper standing akimbo wearing just shorts, there are slide projections revealing in shocking detail the extent of his horrific deformities. It evokes both curiosity and revulsion begging our reactions as sympathy or empathy. The skill of Cooper to contort himself into a simulacrum of Merrick is a wonder to behold; particularly that painfully gnarled left hand. One wonders if his daily appointment with a massage therapist (as reported in The New Yorker) is a clause in his contract. Rarely do actors take on roles that are this physically demanding.

Cooper remained flawlessly in character through two acts including the thunderous standing ovation. Looking out at the audience he seemed to be in a daze. This was touchingly disrupted when Clarkson gave him an affectionate and understanding kiss. Surely one does not get in and out of such a demanding character with impunity.

The role of The Elephant Man has obsessed Cooper since it was his thesis project in drama school. This performance leaves no doubt that he is a super star and one of the finest actors of his generation.

Ditto for Clarkson. She commanded our complete and rapt attention from the first moment of her presence on stage. She was wonderfully attired in a gorgeous, full skirted, layered and folded, purple Victorian dress by Clint Ramos. Her hair was nicely designed by Charles LaPointe.  Clarkson portrayed a ravishing woman and skilled actress.

Dr. Treves has hired Mrs. Kendal because her training as an actress will allow for concealing any revulsion upon first encountering Merrick. He is convinced that his patient may be normalized through social interactions particularly with a woman. Until coming under his care, first in the poor house then later as a carnival attraction, Merrick has been treated as less than human.

Slowly it is revealed that he has some training in religion, can read and write, has the skills to create a model of a cathedral, and grows ever more astute and insightful. Merrick becomes a marvel of the age with remarkable intelligence and sensitivity beneath grotesque deformities.

We are enthralled as Dr. Treves coaches Mrs. Kendal on how to greet and shake the (one good) hand of Merrick. As an actress she gives us a number of variations of her lines. But they fly out the window when she first gains sight of him. The subtle range and shades of her responses from real and human, to studied and filtered, is entirely credible.

From paid companion we are fascinated as Mrs. Kendal develops compassion and affection for Merrick who grows ever more attached and dependent on her. She is astonished during their first meeting when he discussed with amazing insight the roles of Romeo and Juliet. He debates a critical analysis of why Romeo failed to get help or more thoroughly examine the seemingly dead Juliet.

This is the launching point for Pomerance to morph the story of The Elephant Man from a diseased, disfigured anomaly of nature into a complex discussion of science vs. religion, illusion and reality. There are heady twists and turns with Merrick as the matrix as well as illustration of the dialogue. If we are the reflection of Creation and God’s will Merrick asks “Why didn’t he use both hands?”

When Dr. Treves recruited Mrs. Kendal for the job he showed her a series of nude photographs of Merrick. The intent was to prepare her for the shock of the first encounter. Mrs. Kendal questions the doctor about the apparent normality of one distinct body part. Squeamishly the word “penis” is never uttered. He explains that the disease involves bone and tumors. Because the member has no bone it is not deformed. As Mrs. Kendal rightly surmises Merrick is in every sense a man like any other man.

His former manager Ross, now riddled with cancer, sneaks into Merrick’s room and attempts to lure him back to the carnival. Through Mrs. Kendal he is frequently visited by society and even royalty. But they don’t pay. “They are my friends” Merrick explains. Ross will have none of it. They are just a better clientele and should pay. As part of his ploy Ross promises to provide a mistress.

This is a notion that Merrick then conveys to Mrs. Kendal. While stating that this is unlikely to happen she asks him to turn around. Amazingly, she undoes her dress and reveals herself to him nude. It is a sensational and loving moment; beautifully rendered by Clarkson and Cooper. Just stunning.

Then Dr. Treves arrives and harshly asks what’s going on. Here we see the prudishness and hypocrisy of the closeted Victorian era. Even as a physician he can not bring himself to confront Merrick’s needs as a man. There is a wonderful argument that ensues when Merrick inquires about the doctor viewing naked women during procedures and even “cutting them up” in autopsies. If that is ok, then what is wrong in his viewing a nude Mrs. Kendal? The loss of her is devastating. Dismissed, Dr. Treves argues that he does not want her to see Merrick die. It is inevitable and soon. Although death is in fact accidental.

Perhaps audiences are surprised and puzzled that Merrick interacted with British society. A visiting Princess Alexandra (Marguerite Stimpson) presents him with her framed, autographed photograph. This was an aspect of Victorian Imperialism and Colonialism. It was a signifier of British superiority, moral and physical, to view with curiosity the exotic and afflicted.

The word bedlam is a case in point. It derived from the popular name for the Hospital of St. Mary of Bethlehem, London, an insane asylum, from Middle English Bedlem Bethlehem. Tours of the wards were an attraction for London society.

During the aftermath of the French Revolution consider The Persecution and Assassination of Jean-Paul Marat as Performed by the Inmates of the Asylum of Charenton Under the Direction of the Marquis de Sade usually shortened to Marat/Sade, a 1963 play by Peter Weiss and 1967 Peter Brook film. Before Elephant Man Charles Laughton portrayed the deformed Hunchback of Notre Dame with similar compassion in a 1939 film. Tod Browning filmed the 1932 cult classic Freaks.

As a child I was fascinated by visiting The Freak Show at the Circus. I even bought a souvenir photo from The Fat Lady.

That was a different time. Today we are conditioned to view Merrick as a human being with an affliction, regarding him as handicapped. In 19th century England he was a freak and curiosity. Only Mrs. Kendal was able to see him for who he was.

It speaks volumes that at the end of the play, when Merrick is dead, and Carr Gomm, the manager of the hospital is preparing a letter for the media, Dr. Treves is utterly confused and unable to put his thoughts in order.

Dr. Treves and Victorian society were undone by the conundrum of The Elephant Man. That’s the triumph of Pomerance’s play which continues to challenge actors and fascinate audiences. It asks an unanswerable question of what of ourselves do we find in the humanity of The Elephant Man. Beauty is just skin deep even when so grotesque.

We are All God’s Children.