Food and Romance in a Steamy Kitchen 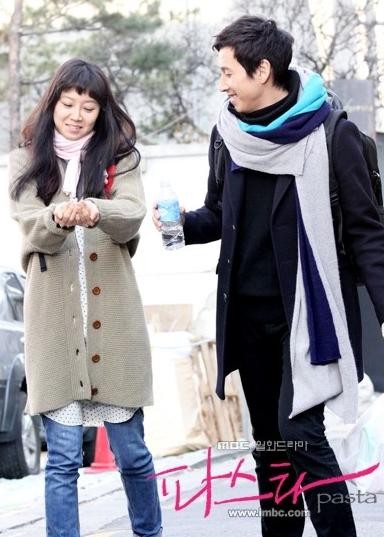 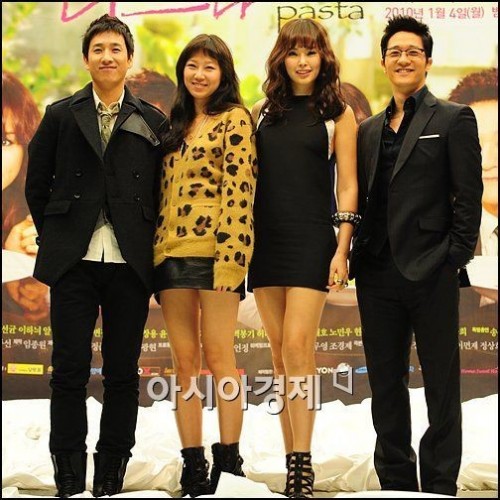 A gang of four. 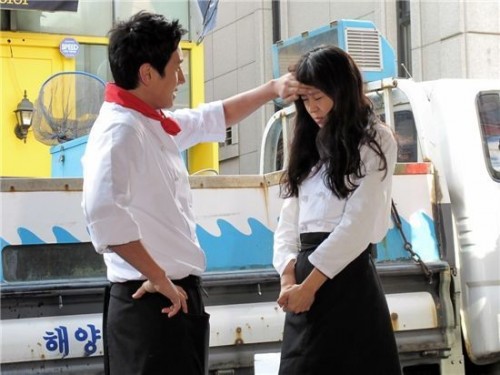 Chef in the kitchen with his Goldfish. 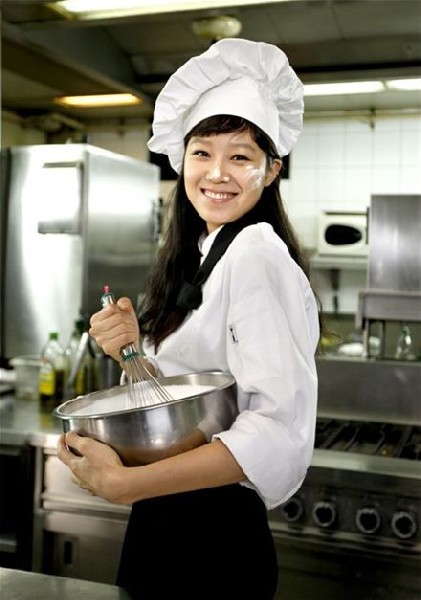 She proves to be a fast learner. 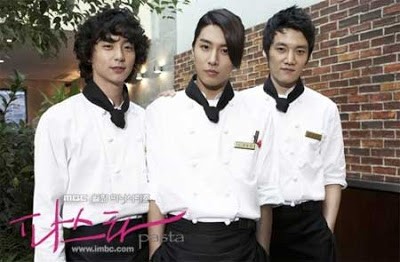 This summer we were utterly captivated by a South Korean romantic comedy Pasta set in the kitchen of an upscale Italian restaurant La Sfera. There were 20 amazingly well crafted and consistently surprising episodes in a series we never wanted to end. We urge you to check it out on Netflix.

We rationed a couple a night,sometimes adding an addictive third reaching well past bedtime.

Caught up in busy pedestrian traffic Seo Yoo-kyung, played by Gong Hyo-jin, drops a plastic bag with two goldfish. She is upset to see them flopping about. A stranger Choi Hyun-wook, played by Lee Sun-kyun comes to the rescue. He instructs her to cup her hands and into this improvised vessel he pours water from a plastic bottle.

By coincidence they are both headed to the upscale restaurant that serves the best Italian food in South Korea. She is a lowly kitchen assistant and he is the newly hired, Italian trained, chef.

The goldfish are put in a tall wine glass. They miraculously survive the series while providing the chef with a derisive name for her “Goldfish.” She, head lowered  refers to him with subservience as “Yes Chef.” Her utterance was so sweet and seductive that I imitated it in conversations with Astrid who also loved the heart warming series.

Chef Choi is an absolute tyrant demanding total obedience from his staff.

In addition to screaming in their faces he inflicts pain by snapping his fingers on their foreheads. It’s a tradition, we discover, that he learned from his own teacher, the Chef’s Chef.

During the first service half of the cooks, four women, are summarily fired. One is caught necking in the cooler and the Chef is adamant that there will be no women in his kitchen. The female Sous Chef storms into the dining room to confront two food critics with the nerve to complain about her grilled lobster. They are a distraction and nothing but trouble.

Goldfish, the daughter of the owner of a small noodle stand, tearfully pleads to stay on.
Short staffed and in a pinch Chef agrees while also brings in his own staff of Italian trained pasta specialists. They stand on the opposite side of four chefs who lack that all important training. Each chef mans a single burner with an array of pans above. Goldfish scurries about frantically bringing them ingredients.

Eventually, she earns the right to join the pasta line after three years as an assistant.

There is a frequent mystery diner, Kim San, played by Alex Chu . He has been coming daily for three years. When the hilarious manager, posing as the owner, is caught taking kickback from a produce supplier, he is nabbed, and thrown out the door. He is hired back as a bus boy with comic results.

The Chef loves to bellow “You’re Fired.” In all Goldfish is fired three times but manages to come back.

With the manager tossed out Kim San is revealed as the actual owner. He is a wealthy man with a sister who owns an art gallery and a high rise that houses the chef and Goldfish who becomes a roommate of the glamorous television chef Oh Sae-young, played by Lee Ha-nui.

She is a friend of Kim and his sister but also the past lover and nemesis of the Chef when they were studying in Italy. She surreptitiously spoiled his wine an ingredient in the contest to eliminate bitterness from ginseng pasta. Winning launched her stellar career but with haunting guilt.

While the Chef swaggers and bellows about he is slowly ever more smitten with the resilient and inventive Goldfish. She is also secretly pursued by the owner who emerges as a rival of his employee.

In a series of improbable adventures, with a stunning kitchen dialogue to warm the heart of foodies everywhere, the Chef is gradually more and more smitten with Goldfish. This leads to endlessly comic layers. They must also navigate his mantra against romance in the kitchen. It’s a firing offense.

We learn a lot about high level Italian cuisine served in miniscule and staggeringly expensive portions.

You wonder how much time and practice was required for these actors to display a remarkable range of culinary skills.

My only criticism of this wonderful series is that it finally ended.

For pure delight check out  Pasta on Netflix.