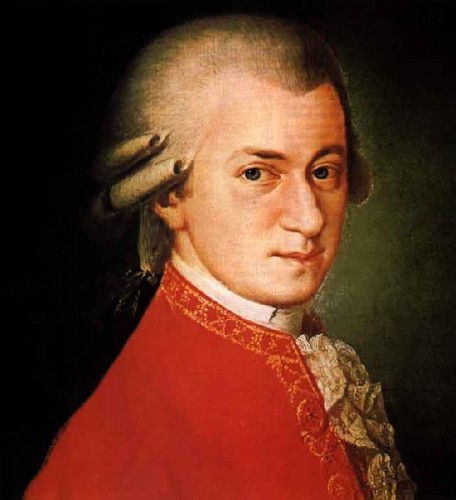 Mozart’s Don Givanni premiered in 1787 shortly before the French Revolution. 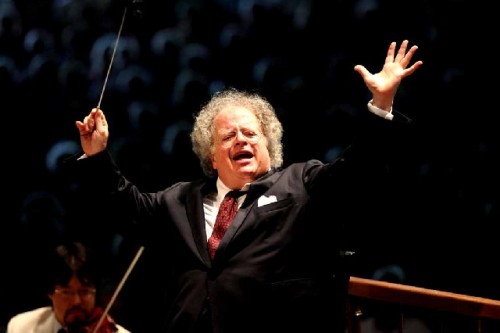 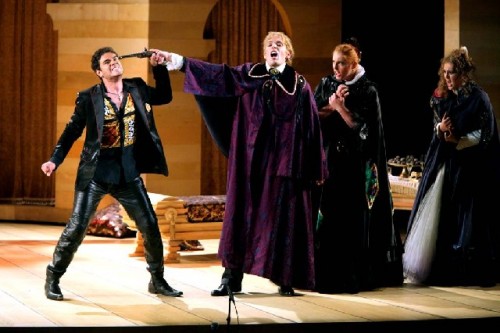 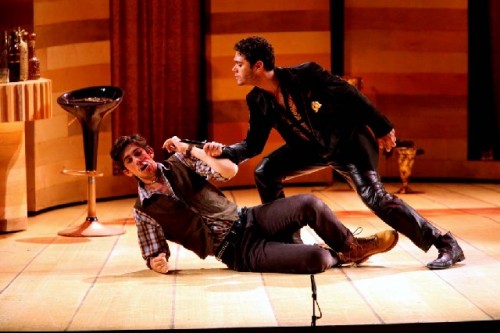 Last night, for an intimate performance of Mozart's opera "Don Giovanni" getting there was not half the fun. Or leaving either. It was hazard driving through sheets of rain. But that didn't daunt the capacity audience in Tanglewood's theatre barn. Having the maestro, James Levine, conducting a fully staged production of one of the greatest and most popular of all operas, was one of the most prized tickets of the season. Despite the really terrible weather in a truly miserable summer nobody wanted to miss what proved to be a magnificent performance.

Fortunately there was a lull when we arrived. But during the performance there was a deluge of a downpour. One could hear the staccato of rain on the roof. During intermission the folks behind us said they were wet. At one key moment there was a ferocious bolt of lightning that landed just outside the theatre. It jolted us out of our seats but Levine never missed a beat. Exiting the theatre we waded ankle high through ponds that were the parking lots.

Was it worth it? You bet. It was the kind of performance that one remembers for a lifetime. Not that it was the greatest ever "Don Giovanni." These were, after all, aspiring artists and Vocal Fellows. We were not hearing the established stars of the Metropolitan Opera; although we  experienced its most renowned conductor. Surely, for the singers, it was the opportunity of a lifetime. That was reflected in the energy, fun, and enthusiasm of the performance.

The directing by Ira Siff kept the long opera in two acts of roughly ninety minute each moving nicely. There were comic moments but they were measured out judiciously. There was more of a sense of ironic humor in the smarmy libertine and seducer at the end of a career of having his way with thousands of women.  As his servant Leporello puts it "The boss is having a bad day."

While the acting was generally superb the voices were somewhat uneven. Overall, Elliot Madore made a terrific and believable Don Giovanni. In addition to having a fine voice he was handsome and convincingly sexy. It was no stretch to imagine all those women falling victim to his charms. Evan Hughes made a fine Leporello but his voice lacked depth, color, or projection. In the famous first act aria, when Leporello reads from his log of Don Giovanni's global conquests, we found ourselves straining to hear and be convinced by the tale of seductions.

Other than Madore there were two remarkable singers with star potential. Layla Claire was just glorious as Donna Anna. She is a stunning red head with a gorgeous and powerful voice. She dominated ever scene she was in. The great pity of this evening was that the enormous, African American, bass, Morris Robinson, was confined to brief but seminal appearances at the beginning and end of the opera as The Commendatore. In the finale, when he appears from the dead to drag Don Giovanni down into hell, Robinson was an immense and daunting presence. His singing was more than a match for the fury of elements unleashed last night.

For this brief but important production of just three performances it was exciting that there was experimentation and risk taking. In his first time directing the work Siff  came to it with a fresh eye. This was made abundantly clear by the clever, post modern approaches to the set, costume, and lighting design.

In the barn like theatre one was aware of the raw wood of the structure. It is at best a rustic theatre, and truth is, with terribly uncomfortable folding chairs for a three hour performance. Somehow we forgot our all important Tanglewood cushions. Instead of an ornate Baroque set Eduardo Sicangco constructed one of molded, sculptural, chiaroscuro wood. It recalled the striping of an Italian Gothic cathedral. This was sustained even in the graveyard scene with a latticed moon and wooden grave "stones." His costumes also hovered between Baroque, full skirts for the women, and bits of lace for the men. The servants who set up scenery were Baroque with powdered wigs but seemed to wear biker engineer boots. Don Giovanni was attired in black leather pants, florid, silk, pimp shirts and dinner jackets. He resembled a rock star more than an opera singer. But it worked perfectly fine to mix metaphors. The lighting echoed this approach giving us chandeliers, designed by Peter West, which used short, vertical, neon tubes as "candles."

Of course one may argue endlessly about what "Don Giovanni" means. The date, 1787, is a signifier as it was performed on the cusp of the end of the Ancien Regime and the French Revolution of 1789. One may regard the opera as a statement of the impunity of  libertine excesses of the aristocracy. After a career of seduction and rape, culminating in the murder of The Commendatore who is defending the honor of his daughter, Don Giovanni is facing his day of reckoning. Were Mozart and Da Ponte social commentators? Is the seduction of the peasant girl Zerlina a signifier of class struggle? Of course it is always tempting but dangerous to read too deeply into a work of art. It is likely that the composer and librettist were reflective of the zeitgeist more than intent on making revolutionary statements. But "Don Giovanni" must be viewed in the context of the Age of Reason. This production confirmed that a great work of art belongs to the audience and not to the endless carping of academics. How refreshing, but.