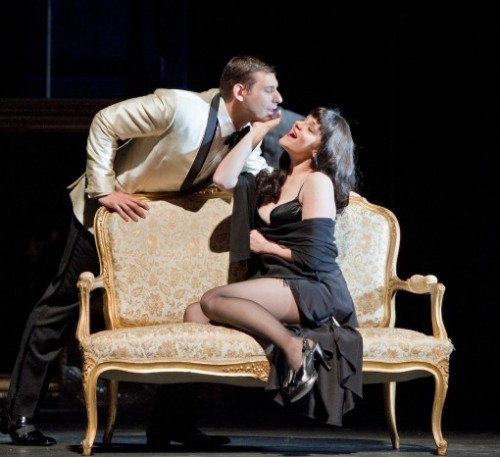 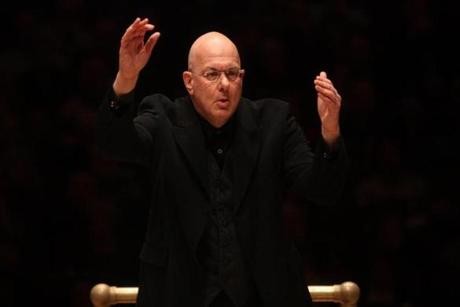 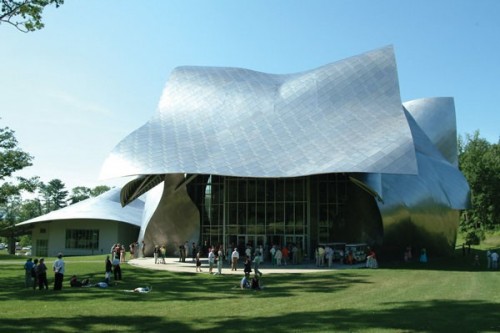 The setting of Bard Summerscape

Frenchman playing cards in entertaining and elaborate period costumes and puffed white wigs are bored stiff like their leader, the new French king of Poland. Another stage group are Poles in modern dress discussing matters of state,conspiracy and assassination.  Nangis, an important character whose role in the drama is impossible to describe except with the 'zeal and lack of understanding' often mentioned throughout the opera.

Nangis starts up with a patter piece and we quickly learn that he is smitten by a servant girl, Minka.  Minka's dreamy and sad arias and duets are among the most beautiful in the opera. They sit perhaps in too much emotional contrast to the farce.  Yet, overall, when wit is depicted, the music is witty too, humorous, and often tender without being sentimental. Leon Botstein brought out its beauty and lush harmonics as he conducted.

The action of the opera is being broadcast from a TV studio.  This is not always clear, but no matter.  Not much else is.  The scaffolding backing up the opening becomes a TV studio from which the unhappy King is finally able to exit through a hotel of ill-repute.

No point in trying to re-create the storyline.  If you give yourself over to the goings-on in the studio and on stage, you will have fun. One critic wrote Chabrier after he'd seen a performance of the opera,  "there are too many doors and chapels where people go in and out, arriving when they ought to depart, or going away when they ought to stay where they are."

The Fete Polonaise, which opens the second act with its compulsive rhythms, recalls Chabrier's popular piece Espana.  Chabrier's wish to create something "gay and slick" kicks in. Going forward, the treats we associate with Chabrier abound: Luxurious harmonies, lovely melodic lines, moving arias and duets.  Chabrier is an exuberant and intoxicating composer.

Michele Angelini and Andriana Chuchman who sing Nangis and Minka are the stars of the Bard production.  Their performances beguile. Angelini has come to our attention recently at New York's Poisson Rouge, in the Gotham opera production of Il Sogno di Scipione of Mozart, and also a concert version of Moses and Pharaon at Carnegie.  He is an arresting performer with a beautfiul voice.  It is easy to see why he covers for Juan Diego Flores.  We look forward to following what promises to be a major career.

Chuchman is a sheer delight.  Her voice is light and clear, often bubbling up with both joy and sadness.  A wonderful actress, her dynamics are compelling and she sings with a graceful presence, hitting her high As and Cs with seeming ease. Chabrier had written that if the opera was performed in the provinces short-winded sopranos could transpose. Clearly, however, we are not in the provinces at Bard with the masterful Chuchman.

The cast sang with zeal and understanding throughout.  Jeffrey Mattsey in the small, but critical role of conspirator Laski, and Frederic Gonclaves as the bumbling cockhold who finally gets his wish to go to Paris, are both arresting figures.  Mattsey has a pleasantly husky tone. Gonclaves manages both patter and aria with assurance.

Although the opera has languished over the years, it was greeted with wild enthusiasm when it was first produced in Paris.  One critic wrote, "...it is exquisite. Impossible to pickout the best numbers for each one if better than the one before."

Director Thaddeus Strassberger pushes farce as far as he can in this production, but not quite far enough to pull off what the composer himself thought was an impossible libretto.  References by the King, played to perfection by Liam Bonner, about missing the sun in France were sung from a sun tanning vehicle in which the King was basking.  It's corny but somehow suited to the craziness of the plot.  Bonner has a wonderfully malleable face, whose expressions were conveyed easily in the Sosnoff Theater.

Chabrier had hopes for a Vienna production, where he determined opera seria had become exhausting.  Something gay might appear there.  Cosima Wagner after seeing the production in Dresden wrote:  "It is nothing but rubbish from A to Z."  Yet the Grand Duke in Karlsruhe announced that Chabrier was a "messenger of peace because he brought harmony." This is the kind of joke often pattered on stage during the proceedings.

The conductor responsible for the German production of the opera wrote (with his nephew chiming in), "We are absolutely enchanted with your masterpiece and we drink to the health of the maitre Chabrier."  You will too.

The inextricable mixture of tenderness and exuberance is uniquely Chabrier's, and on wonderful display at Bard.