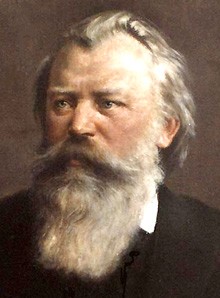 A portrait of Brahms. 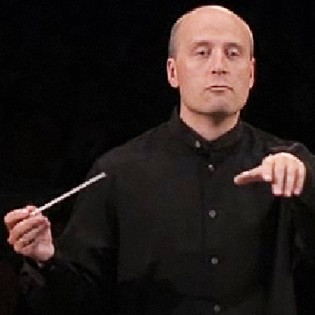 On Wednesday, August 6, at 8:00 p.m. in Ozawa Hall at Tanglewood, the visiting orchestra Deutsche Kammerphilharmonie Bremen (German Chamber Symphony of Bremen), conducted by Paavo Järvi, will present an all-Brahms concert, consisting of the “Academic Festival Overture”, the Piano Concerto No. 1, with Lars Vogt the soloist and the Second Symphony.

This is a special event that promises to be a wonderful and memorable experience. Why? Brahms occupies a very special place in the history of classical music.

Johannes Brahms (1833-1897) is a pivotal figure in Romantic music. Of all mid-19th century composers he represents the ethos of nobility in music, and his symphonies, chamber music and choral works have sustained their exalted place in the musical firmament as worthy additions to the masterpieces of the hallowed classical masters.

If one were to compile a list of the verities of classical music applicable to the broad range of composers from, say, 1600-1900, here’s what most appear to share: craftsmanship, clarity, integrity, seriousness of purpose, a sense of form or structure, mastery of instrumental and vocal writing, the need to communicate and, most of all, an awareness that their music had a necessary and functional place in society. Feel free to add your own attributes to my short list.

By the early 19th century, the desire for self-expression replaced the need for music to conform to pre-existing models and to fulfill obsolete, centuries-old requirements by the Church as part of worship, or at court as part of ceremony or entertainment.

The post-Revolutionary idea, after about 1820, was that the composer/performer was an “artist,” existing on a higher plane from the rest of society. This became the new, Romantic ideal. Artists were now the surrogate sovereigns, venerated by a new phenomenon - the concert-going public - replacing the defunct, exiled or executed royalty and their patronage, and with it, the entire societal superstructure that supported the classical ethos.

The new individualist reality had taken hold, lasting a century, when this state of affairs was shattered by the chaos, cataclysm and catharsis of World War I. It was to re-emerge after the war with renewed force, aesthetically mutated, in the atonality of Schoenberg and the deconstructed neoclassicism of Stravinsky. But, I’m getting ahead of myself.

Brahms fits neatly into this mid-to-late 19th century reality, but with one extraordinary exception: Brahms, more than any other Romantic composer, knew, loved, and felt a kinship with the classical past – the world of Bach, Haydn, Mozart, Beethoven and Schubert. Indeed, these roots made him the Janus-like composer he was. Brahms, in his later years, perceiving where music was headed led by the likes of Wagner, Richard Strauss and Mahler, ruefully stated, “I was born too late.”

Of the “verities” I mentioned above, all are characteristics of Brahms’s style. He was a master faithful to the handed-down craft of composition in all its forms, from the most intimate song or piano piece to the grand architecture of his four symphonies and the “German Requiem.”

What was Brahms’ place in society – Vienna and beyond – and what was his legacy in a century evolving away from the ideals of the Enlightenment that created classical music?

To his contemporaries and up until the first quarter of the 20th century, his music was seen as conservative – later, old-fashioned. It is true that most composers had stopped writing sonatas, string quartets and symphonies by, say, 1885. But Brahms was able to forge the next link in the chain, carry traditional ideas and procedures forward, burnishing them with the flame of his restrained, yet still ardent Romantic spirit and in the process, create something new.

An example is the passacaglia finale of his Symphony No. 4 in E Minor, Op. 98 composed in 1885. The passacaglia is a Baroque variation form; the most famous example is an elaborate organ work by Bach composed around 1706. Who else but Brahms would have conceived using an archaic musical form to conclude a symphony, thereby creating something new? Of course, nothing is obsolete if you still have something fresh to contribute and can re-invigorate it.

Arnold Schoenberg, in a 1950 essay entitled “Brahms the Progressive,” saw Brahms as an innovator, rather than a reactionary. Schoenberg’s thesis was that Brahms’ imagination, like the progressive Richard Wagner’s, was absorbed by the challenge of “continuous variation,” rather than earlier composers’ practice of literally repeating musical themes and sections. While it can be argued that literal repetition reinforces what’s important and continuous variation forces listeners to focus more and employ greater concentration, continuous variation in Brahms (and Schoenberg) was the wave of the future, into our own day.

Though Brahms had his grave doubts about where music was headed, he was finally a consolidator, taking the best of the past and bringing it forward into the present, following the integrated path taken by Bach, Mozart and Schubert. The lesson is that without a sense of history, there can be no logical future. From his perch in Vienna at mid-to-late 19th century, observing the panorama of classical music at a crucial time in its history, Brahms took stock and became an all-important bridge to the looming 20th century.