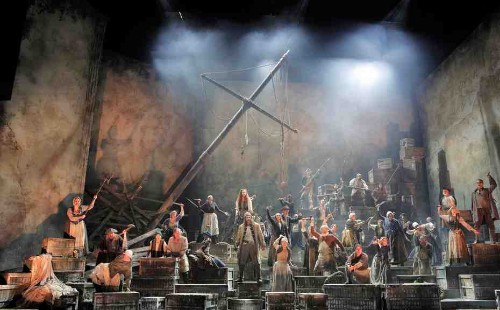 The Wreckers by Ethel Smyth. At Bard, the set by Erhard Rom is a start. 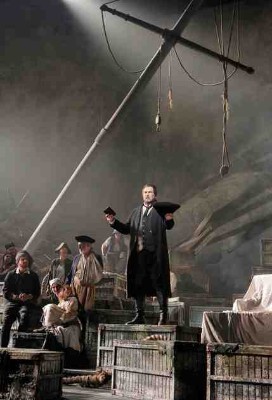 Lous Otey, a distinguished bass who richly interprets the role of Pascoe the prescher, a man who supports killing and robbery in the interests of survival. 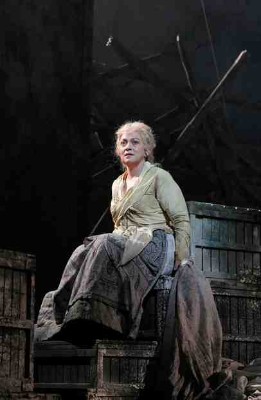 Katharine Goeldner, magnificent mezzo who is married to the preacher and leaves his flock for love and death. 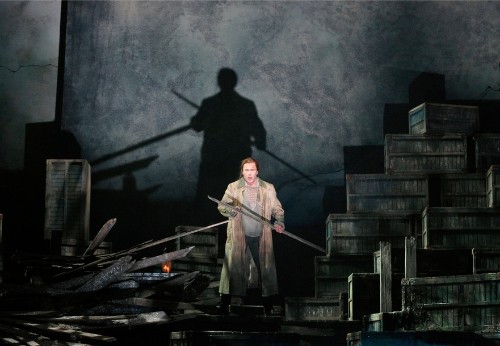 Neal Cooper is Mark, the play's good man who is rewarded with consummate love and death. His voice is huge, yet nuanced. His Wagnerian edge hits in just the right spot. Not strident, but still yearning and bright. 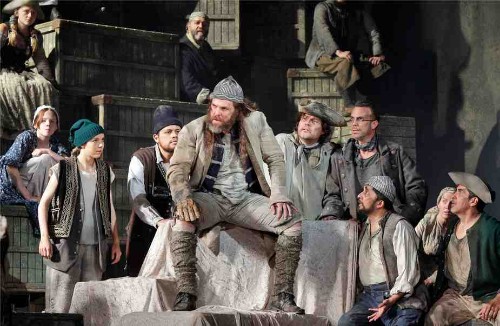 Baritone Michael Mayes, conversational and lyric at once, advises the townspeople. 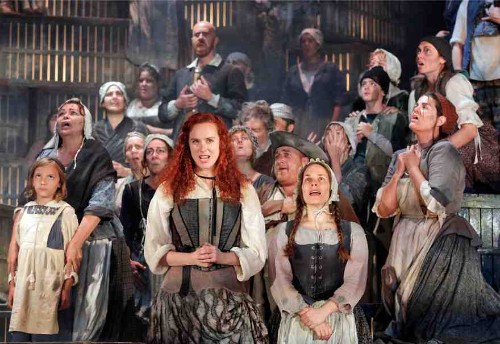 Skye Ingram brings just the right hysteria to the top of her voice as she rides on jealousy to fan evil in the crowd. 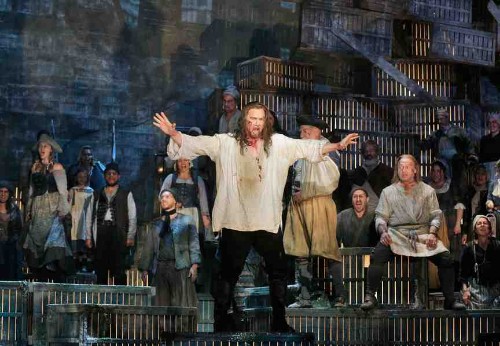 Otey does not reward Neal Cooper's selfless act with forgiveness. Instead he loses the love of his life, his wife. 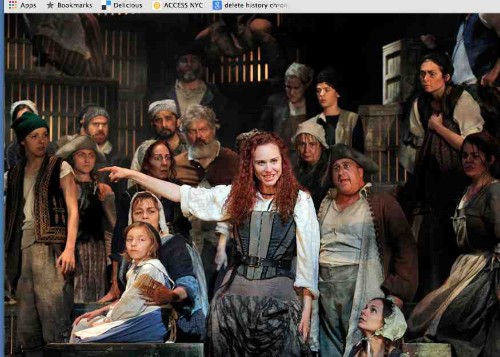 Ingram evokes Abigail WIliams as she might have been in a small seaside Cornish town. 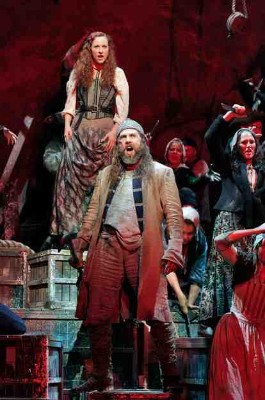 Everyone is bloodied by the raw life of this seaside town. Lighting by JAX Messenger in one of the treats of this production. 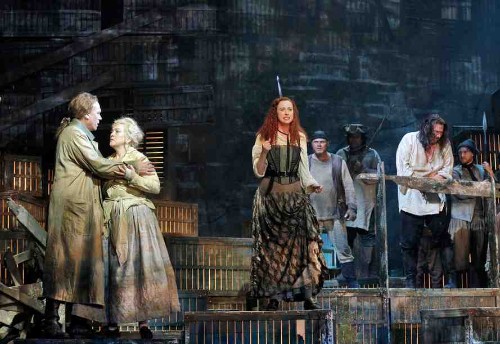 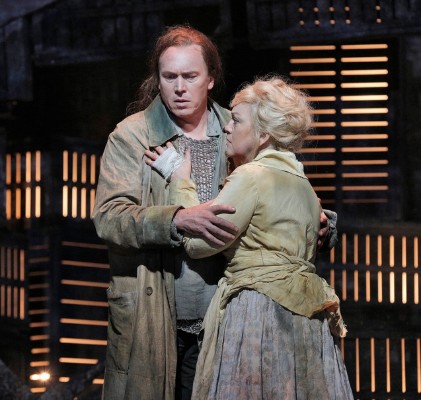 Cooper and Goeldner, death does them part, as they sink into the cruel seas.

The Wreckers is a powerful opera because of its story.  The impoverished townspeople of a small seaside village on the Cornish coast turn off their lighthouse on dark and stormy nights so passing boats will crash on their beach. Villagers plunder the spoils and kill remaining crew and passengers.  Ethel Smyth, the only female opera composer ever to be produced at the Metropolitan Opera, wrote the music based on a true tale. The libretto is written by one of her lovers the American Henry Brewster.

Smyth had asked Brewster to write in French because she thought the opera was more likely to be produced there.  Instead it was first produced in Germany under the baton of Richard Hagel.  Gustav Mahler, then conducting at the Vienna State opera, was ready to mount The Wreckers, but was fired from his post.

Smyth went deaf at 50, but by then had written opera, orchestral pieces and chamber music.  She wrote many books, among them six volumes of memoirs which are delicious.  We learn not only of her three week engagement to Willie Wilde (Oscar's brother) but of her first and lifelong passion: music.

Born into a British military family, Smyth fought to go to music school in Leipzig and finally made it there at 19.  Many note her connection to Wagner, and then Brahms, but she personally knew Tchaikovsky, who admired her work.

You can hear the luscious, textured connections of Richard Strauss in her combinations of brass and strings. The harp is ever present.  Berlioz too attracted Smyth's attention.

While the orchestration is dramatic and punchy, its shapes and phrasing are less clear.  Often one hears the same time zone section to section even as the drama proceeds from intimately sung conversation to booming announcements by the chorus representing the townspeople.

The tough life endured by fishermen on the British coast we will meet again in Peter Grimes. The final scene comes from Aida, and might have been better staged with the lovers in close proximity.  Ah, Tristan, the sea and death.

But give Smyth credit.  She chose a strong, unusual story.  A local pastor forgives his parishioners for deliberately causing shipwrecks, taking the cargo and killing anyone who is left on board. The guilty stab at fishing traps piled on the stage at every moment, even as the townspeople poke at the fishing traps.

The local minister encourages their survival at any cost.  The good man, who saves boats from disaster by flashing from the shore, falls for the minister's wife.  Deadly complications ensue.

The music is compelling.  Individual characters sing in much the same voice even if their range varies.  The role of Mark sung by Neal Cooper is particularly beautiful.

Botstein always gets the most from his American Symphony orchestra and singers.  James Bagwell brings the chorus of townspeople to life.

The set by Erhard Rom is spectacular.  Built simply from wooden fishing traps, the background often has the mottled effect of an oil painting,  Muted light, haze and night have the texture of a Turner painting.   The rough sea suggested behind and at the foot of the set rumbles in the orchestra  A felled mast not accidentally resembles a cross.

Folk tunes weave in and out of the classical romanticism, hymns, and 17th century love songs.  England is all here: Cruelty, complex demands on people who need to make money to survive, and  lower class struggles.

Ethel Smyth might appreciate the use of the adjective 'masculine' to characterize The Wreckers.