Gianni Schicchi and Marriage of Figaro at Hubbard Hall 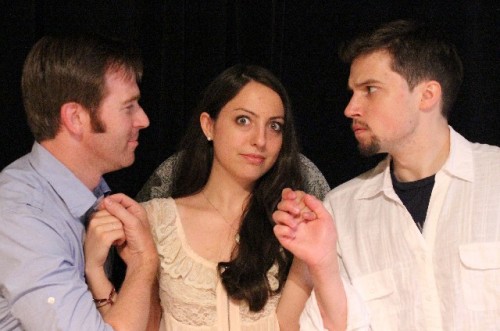 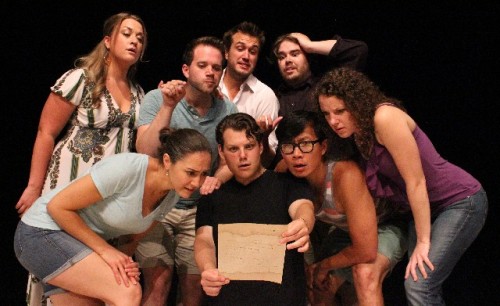 Reading the will; Gianni Schicchi

In its seventh summer season, Hubbard Hall Opera Theater (HHOT) presents Mozart’s classic comic opera, The Marriage of Figaro, the sequel to last year’s riotous Barber of Seville.  The performance will be directed by Patrick Hansen, who formerly directed the Young American Artist Program at Glimmerglass Opera and who has been praised by Anthony Tommasini of the New York Times for his “lithe pacing and vivid colors”: a hallmark of his directing style.  Marriage, being Mr. Hansen’s favorite opera, promises a special treat for audiences at the Hall - Downton Abbey style.  In his own words:

It is the best musical score penned by the greatest composer (Mozart!) all sewn up into a very funny, political opera sung by characters who touch your heart and soul within a perfect classical architectural symmetry; perhaps one of the first-ever operatic "sitcoms" in which audiences laugh through the trials of Figaro and Susanna, but can still be moved to tears by the simple act of forgiveness set so brilliantly by Mozart at the end of the opera.

The Marriage of Figaro cast is a tight-knit young ensemble featuring the Vermont-based baritone, Geoff Penar, as the philandering count.  Mr. Penar has recently made his mark on the Montreal scene where every paper of note agrees with La Presse’s favorable assessment of this “irresistible comédien.”  Soprano Kristen Schwecke, a recent graduate of the AJ Fletcher Opera Institute will sing the countess, and perhaps you should get her autograph now as Opera Lively seems to suggest: “Kristin Schwecke is a name to keep in mind… Her voice fill[s] the house and dominat[es] the stage. Simply spectacular! What a promising dramatic soprano.”

Susanna will be sung by soprano Marielle Murphy, who is the winner of the Metropolitan Opera’s Encouragement Award for the Rocky Mountain Region for the second year in a row.  Finally, squaring out the quartet, is the handsome Luke Scott who is making a career out of singing leading Mozart baritone roles in opera houses across the country.

This year, HHOT is also proud to announce its first orchestra double bill.  Running in repertory with Marriage of Figaro will be Puccini’s timeless comic one-act, Gianni Schicchi, in which money grabbing relatives squabble over a will, star-crossed lovers are united, and a roughneck father strives to do well by his daughter.  Director, Kirk Jackson, a revered actor in his own right and resident instructor at Bennington College, reveals the absurd relevancy of these family problems by updating the setting from the 13th century to Fellini’s Italy in the late 1950’s.

Think of Gianni Schicchi as My Big Fat Italian Funeral: what could be funnier than a gaggle of greedy relatives bargaining, arguing and scheming over an inheritance?  Puccini puts that energized cacophony into music and still makes room for one of his most lyric and romantic arias- O mio babbino.  It's a screw-ball comedy in opera form and less than an hour long!  A great introduction to Italian Opera for anyone.

Maryland-based baritone Andrew Adelsberger, who played Dr. Bartolo in Barber of Seville with HHOT last year to great success, returns to sing the title role in Gianni Schicchi.   An audience favorite, his performances are subtle, inspiring, and cut to the truth of the character- be it comedic or tragic.  Mr. Adelsberger is supported by the up and coming Korean soprano, Sooyeon Kang, as Lauretta, and tenor Daniel Kamilic who, when singing Rinuccio with Connecticut Lyric Opera, was praised by the Town Times for his “exciting, tremendous force and burnished tonal quality.”

Both Marriage of Figaro and Gianni Schicchi rely heavily on ensembles and many of the remaining cast members are doubled, requiring great versatility and stamina on the part of the singers.  The heros-of-many-faces this season include dramatic mezzo-soprano, Sarah Nordin, who will play Marcellina and Zita and whom Opera News recognizes as having “solid vocal technique and spot-on comic timing.”  Paul An will sing the crotchety bass roles of Dr. Bartolo and Simone.  Mr. An is in his fourth season performing with the ensemble of the Metropolitan Opera and has performed at many other prestigious venues around the world.  Mezzo-soprano, Jaime Korkos, has been a Gerdine Young Artist with the Opera Theater of Saint Louis for the past two years where she was hailed by Opera Today as an actor “with real commitment and defined purpose” who can sing “with effortless aplomb.” Ms. Korkos will apply her supple and expressive voice to the roles of Cherubino and La Ciesa.  Finally, Nick Kilkenny, an Eastman graduate who participated in the HHOT conservatory last year, returns to sing Antonio and Betto in his mainstage debut.

The operas of the summer festival will be fully costumed and staged, sung in Italian (with English supertitles), and accompanied by a 20+ piece resident orchestra conducted by Albany native, Lidiya Yankovskaya.  Ms. Yankovskaya will be joining HHOT just having conducted at the Castleton Festival in Virginia and the Tanglewood Festival in Massachusetts.

“We are so excited to be able to offer this kind of cultural opportunity to the people who live in this area,” says artistic director, Alix Jones. “The talent is really something you would come across in a metropolitan city, and you get it here, at a most unassuming location, at a fraction of the price!”

The Hall seats about 120 people and tickets may be obtained in advance by visiting www.hubbardhall.org or by calling 518-677-2495.