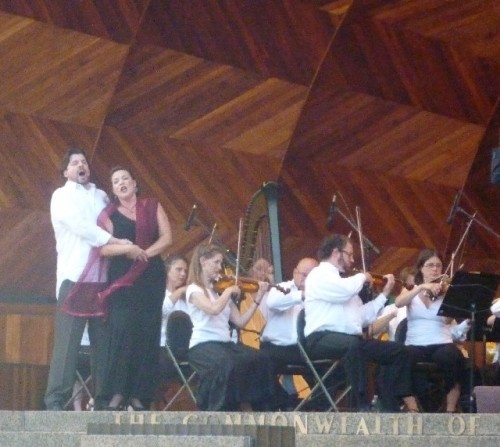 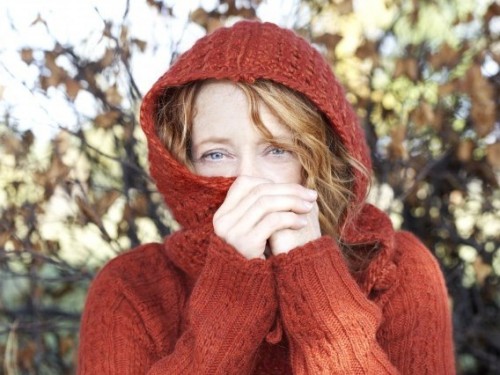 Patty Larkin at the Museum of Fine Arts 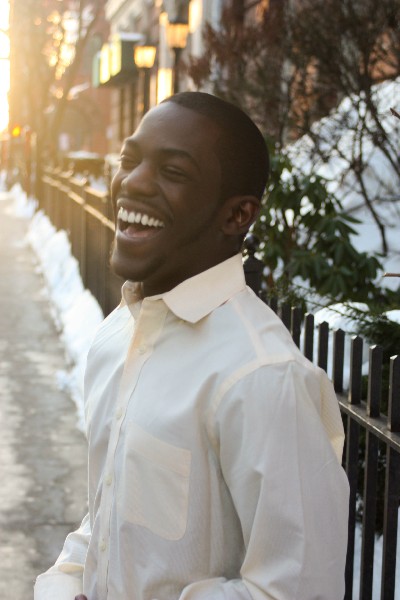 Will Wells and Dynamic Sound at the Institute of Contemporary Art 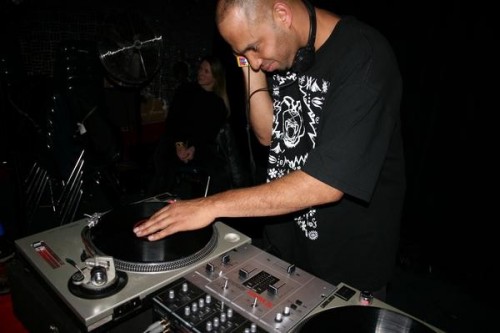 DJ Lenski at the Institute of Contemporary Art 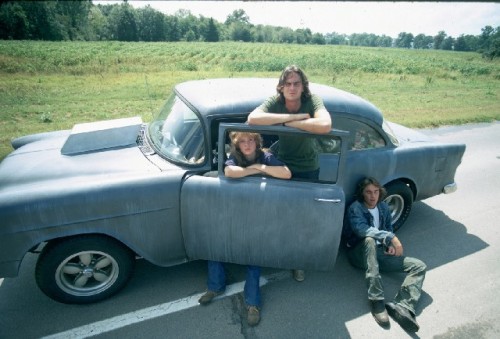 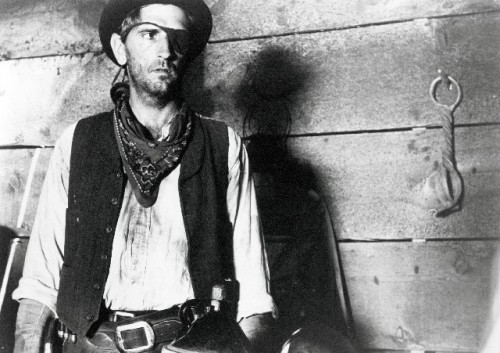 Ride in the Whirdwind at the Harvard Film Archives 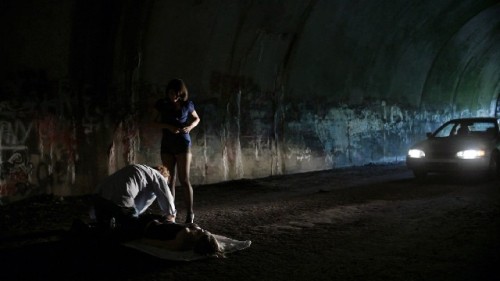 Road to Nowhere at the Harvard Film Archives 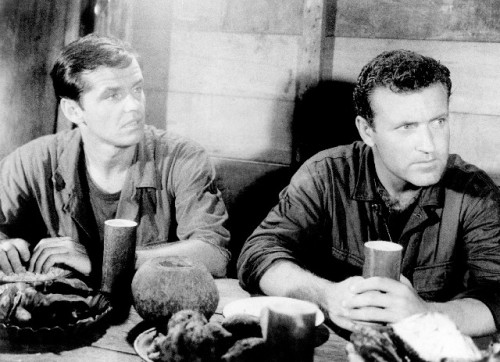 Back Door to Hell at the Harvard Film Archives 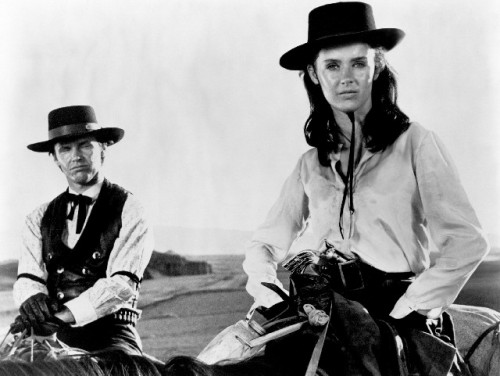 The Shooting at the Harvard Film Archives 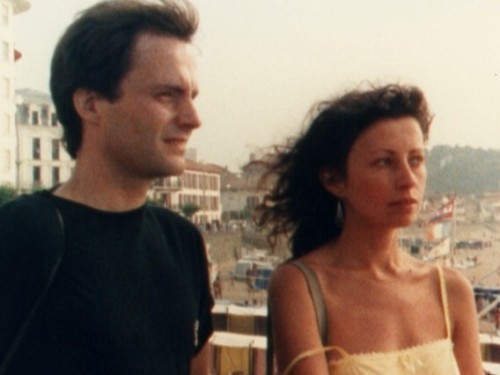 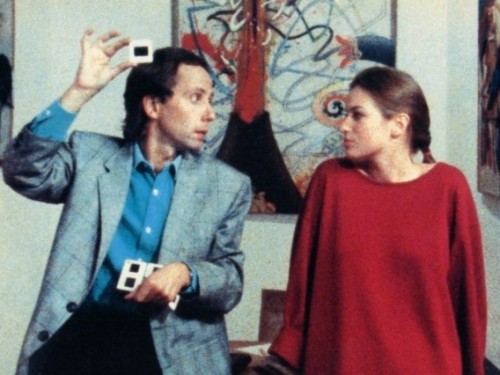 Four Adventures of Reinette and Mirabelle 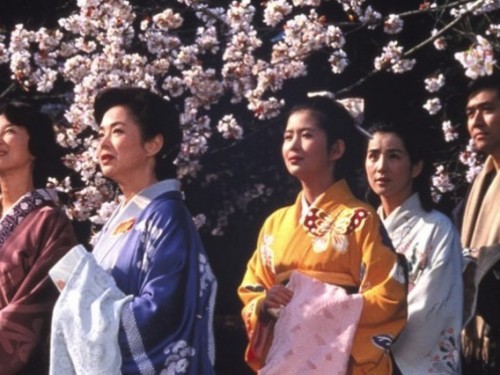 The best waterfront dance party in Boston! Listen to the best DJs around during three nights of art, music, and dancing. Putnam Investments Plaza Tickets: $7

Directed by Monte Hellman. With James Taylor, Warren Oates, Laurie Bird
USA 1971, 35mm, color, 102 min
At one level a vivid documentary of American road fever and the obsessive world of street racing, Two-Lane Blacktop is also a sustained meditation on film acting as one of the most dangerous games, a form of high-stakes gambling where everything, including the film itself, is on the table. The film's fable-like story of a spontaneous cross-country race between two cars thus gives way to an extended and explicit showdown between two distinct modes of performance – with the musician non-actors James Taylor and Dennis Wilson
in their stripped-down Chevy pitted against the ultimate actor's actor, Warren Oates, driving the decked-out orange GTO that gives him his name. At once a visually brilliant art film and an intoxicating road movie, Two-Lane Blacktop is often cited as the last film of the Sixties, a lonely farewell to the free spirit innocence and rebellious naivety of the ultimately defeated counterculture.

Harvard Film Archives “Ride in the Whirlwind” 9.00 P.M.
Directed by Monte Hellman. With Jack Nicholson, Cameron Mitchell, Millie Perkins
USA 1965, 35mm, color, 82 min
Jack Nicholson and Cameron Mitchell are two unlucky cowboys who mistakenly wander into the crosshairs
of a merciless avenging posse in Hellman's relentlessly dark and brooding Western. As frightening as the bloodthirsty posse's inexorable justice is the lonely life of backbreaking toil, muttered prayers and pleasureless domesticity they encounter in the prairie Gothic home of a family of "sodbuster" farmers. An important showcase for Nicholson's little known talent as a screenwriter, Ride in the Whirlwind also reveals Hellman's preternatural ability to craft psychologically intense drama and an indelible sense of place on a shoestring Roger Corman budget.

Directed by Monte Hellman, Appearing in Person.
With Shannyn Sossamon, Tygh Runyan, Cliff De Young
USA 2010, digital video, color, 101 min
Hellman's bold new film is a moody neo-noir that revolves simultaneously around an unsolved murder mystery and a daring film-within-a-film mirror game. An elliptical and seductive meditation on cinematic illusionism and story telling, Road to Nowhere reveals Hellman's ardent love of the cinema through its thoughtful allusions to Sam Fuller, Victor Erice and Alfred Hitchcock, among others. Shannyn Sossamon casts a bewitching spell on the film as a changeling starlet weaving enigmatically through the intertwined stories, sparking obsessive desires along the way. The first American feature shot using a handheld digital still camera, Road to Nowhere makes clear Hellman's remarkable gift for visual narrative through the haunting imagery that gives the film the floating quality of a waking dream.

Directed by Monte Hellman. With Jimmie Rodgers, Jack Nicholson, John Hackett
USA 1964, 35mm, b/w, 75 min
An impressively understated and realist depiction of guerilla warfare, Back Door to Hell travels with three American soldiers deep into the heart of the Philippine jungle on a secret mission crucial for the success of General MacArthur's campaign against the Japanese. Hellman carefully balances the film's tense deadline-driven narrative with melancholic and soulful interludes between the soldiers as they grapple with the palpable fear and the uncertainty that surrounds them. Characteristic of postwar "runaway productions," Back Door to Hell was made entirely overseas with Hellman and his cast and crew traveling to the Philippines to take advantage of the lower production costs and jungle locations. The film's distributor Twentieth Century Fox insisted on adding the emphatic newsreel combat footage and patriotic closing narration that notably clash with Hellman's quieter, more introspective vision of war.

Directed by Monte Hellman, Appearing in Person.
With Millie Perkins, Jack Nicholson, Will Hutchins
USA 1968, 35mm, color, 82 min
One of Hellman's undisputed masterpieces, The Shooting is a stark nightmare Western set in a barren desert wasteland and featuring mesmerizing performances by Warren Oates, Jack Nicholson and the alarmingly beautiful Millie Perkins. Expanding the tradition of the taut and minimalist "revolving poker game" narratives defined in the late studio Westerns of Budd Boetticher and Anthony Mann, The Shooting goes even further by embracing a gothic abstraction of story that transforms its characters into mysterious woodcut emblems of fate and human destiny. The script by legendary screenwriter Carole Eastman (Five Easy Pieces, Puzzle of a Downfall Child) brings a cryptic feminist dimension to the film.

Summer (Le rayon vert) by Eric Rohmer (France, 1986, 98 min.). When a traveling companion cancels an upcoming summer holiday, preferring to take her boyfriend instead, Delphine begrudgingly puts aside her reservations and travels alone. Despite the beautiful and cheery surroundings, an emptiness and desperate loneliness seems to follow her. Delphine is constantly on the move, restlessly searching for an ideal companion and deeper life meanings, as well as the magical “green ray,” a flash of light appearing at sunset. “Rohmer's ultimate masterwork. No film I can recall in years has provided such a profound insight into the human condition. A singularly ennobling episode in the history of cinema" (Andrew Sarris, Village Voice). Description adapted from the Sarasota Film Festival. In French with English subtitles. New print.

Four Adventures of Reinette and Mirabelle (4 aventures de Reinette et Mirabelle) by Eric Rohmer (France, 1987, 95 min.). A companion piece to Rohmer’s Summer, the film begins with Mirabelle, a free-spirited girl from Paris, escaping from the city. She meets and befriends Reinette, a kindhearted country girl, who leads her on an exploration of the natural beauty of the countryside. Soon, the two girls decide to become roommates in Paris while attending University, but their vastly different personalities may prove too diverse to maintain their friendship. “Four Adventures of Reinette and Mirabelle is vintage Eric Rohmer, a summery slice of life shot through with light and rife with the chatter of articulate nymphs” (Rita Kempley, Washington Post). Description adapted from the Sarasota Film Festival. In French with English subtitles. New print.

The Makioka Sisters (Sasame-yuki) by Kon Ichikawa (Japan, 1983, 140 min.). Structured around the changing of the seasons, the film follows the lives of four sisters who have taken on their family’s kimono manufacturing business in the years leading up to the Pacific War. The two oldest have been married for some time, but according to tradition, the rebellious youngest sister cannot wed until the third sister­­­­­—who is conservative and terribly shy— finds a husband. This graceful study of a family at a turning point in history is a poignant evocation of changing times and fading customs, shot in rich, vivid colors. In Japanese with English subtitles. New print.