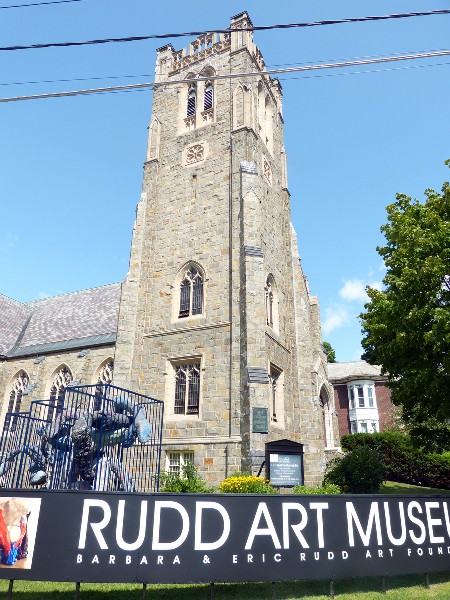 A church transformed into a North Adams museum. Giuliano photos. 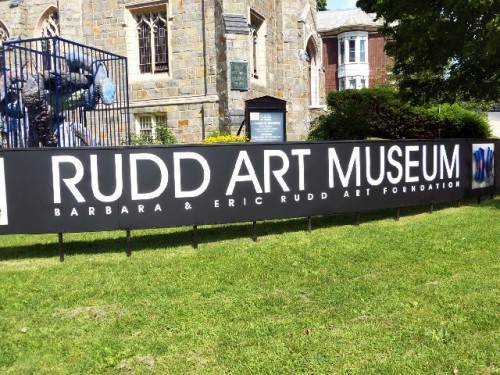 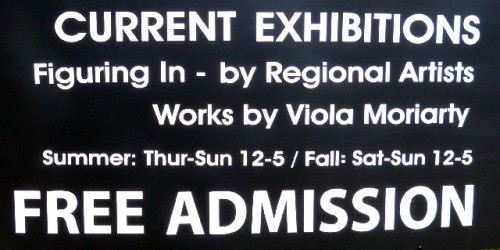 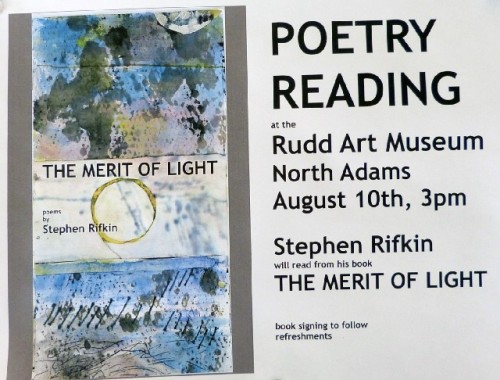 The museum will sponsor poetry readings and other events. 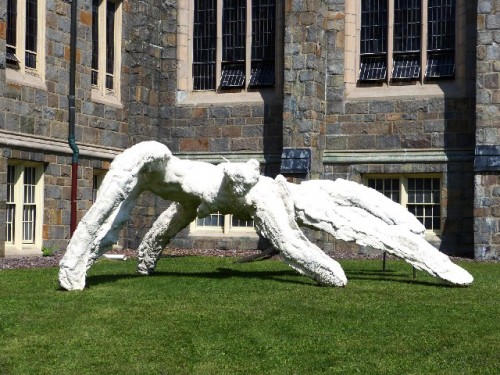 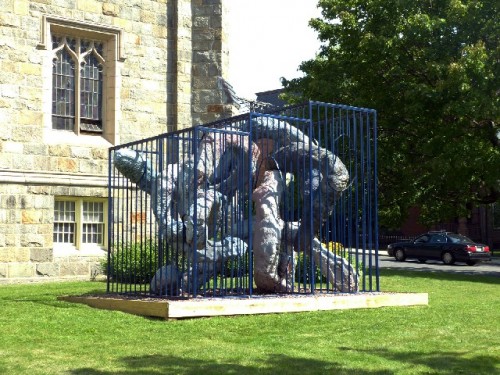 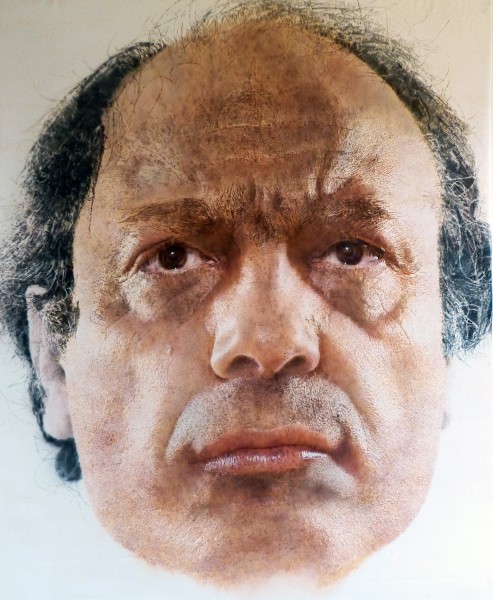 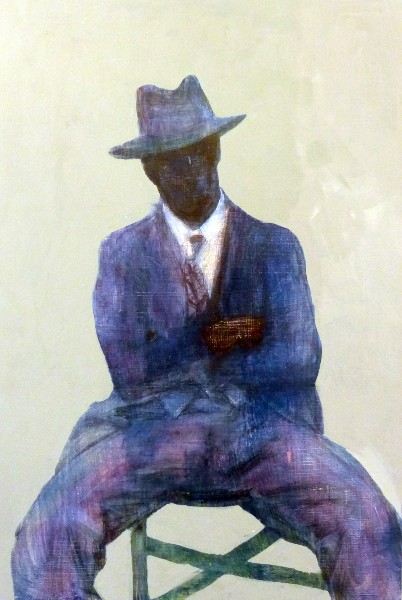 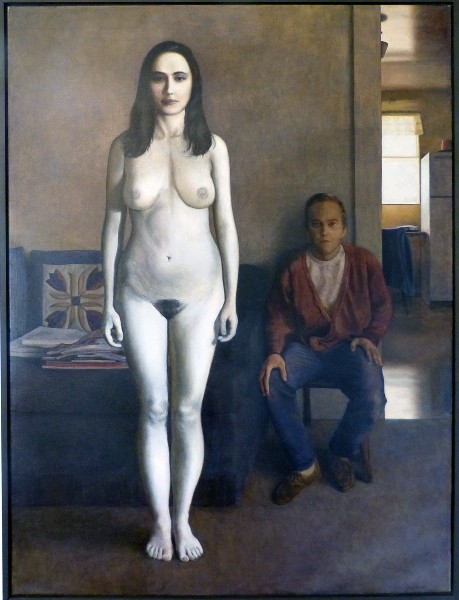 A Man and a Woman by William Oberst. 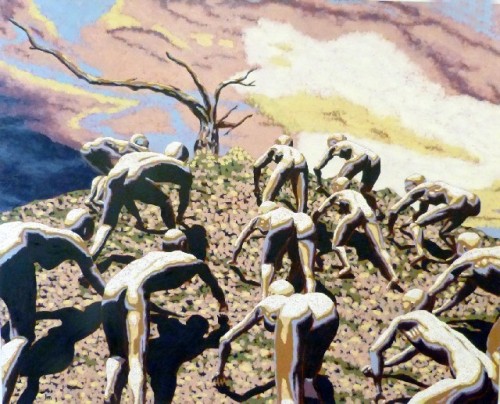 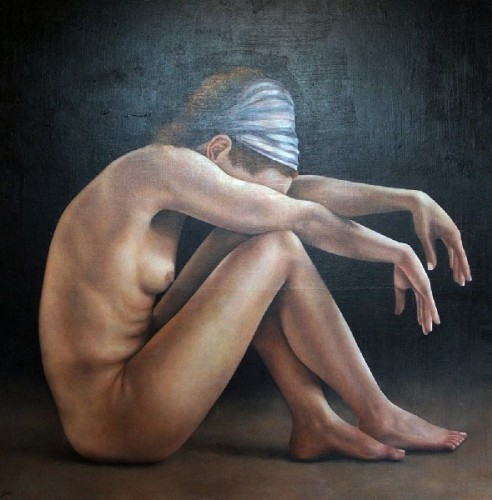 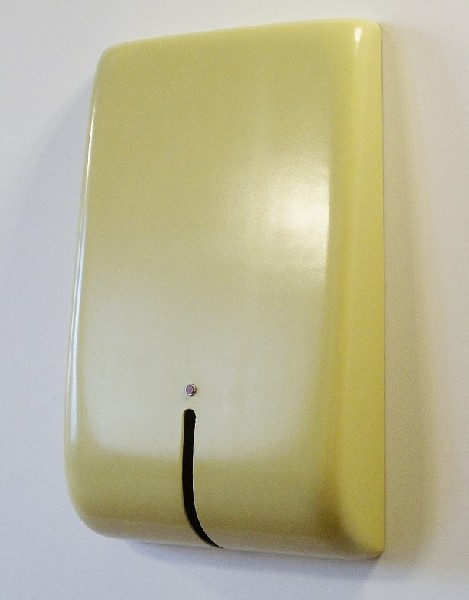 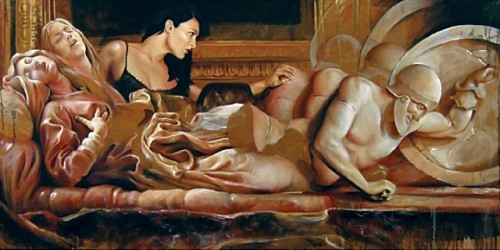 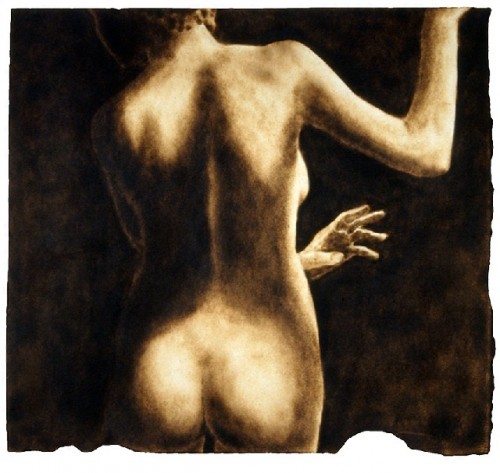 While the Berkshires are rich in museums, only the new Rudd Art Museum ( RAM) in North Adams, MA, devotes its galleries to the professional artists working and living in the region. Our county has produced and attracted major artistic talent, yet this jewel remains an underpublicized aspect of our cultural crown. This is the institutional niche -- the void – that RAM attempts to fill. In other words, this is the RAM experiment.

By all accounts, the experiment is off to a good start with our inaugural exhibit “Figuring In.” As curator of the show – and director of the museum – I wanted to send a clear message from the outset. MASS MoCA, MCLA’s DownStreet Art festival, and a vibrant artist community make North Adams the county’s hub for contemporary art. RAM provides a channel through which all Berkshire artists can contribute to this energy. Or simply put, everyone can now figure in.

I stood by two principal criteria while selecting exhibitors. First, artwork needed to be of “museum quality.” In short: no amateurs. Secondly, I wanted to avoid the usual suspects. In the Berkshires, our art community tends to be quite fragmented. Pittsfield artists show in Pittsfield; North Adams artists show in North Adams; etc. I wanted “Figuring In” to dissolve those boundaries. Only two of the 14 artists are from North Adams. (Understandably, the selection process may have left some hometown artists feeling slighted.)

As former art critic for The Berkshire Eagle and Artscope, I spent years covering the county’s galleries and exhibits. That experience educated me on the impressive talent that is out there. As a result, “Figuring In” became a sort of scorecard for the best artists working with the human form in the Berkshires. Almost everyone I approached was eager to join this groundbreaking exhibition. (Incidentally, museum founder Eric Rudd chose the show’s theme, which reflects his sustained interest in the figure.)

Thanks go to Grier Horner for bringing Galli and Krawczyk to my attention. Eric Rudd introduced me to Zaig.

Flipping through our guest book verifies that RAM is doing its share in getting people out of the MASS MoCA parking lot and into downtown North Adams. While Berkshire residents predominate, out-of-state visitors are commonplace, and Canadian and European signees pepper the pages. In other words, RAM is finding an audience. This confirms that people are indeed interested in discovering our artists.

I should emphasize that RAM is not a commercial gallery – no artwork is for sale. We provide information on each exhibitor, hoping that interested parties will contact them directly. This is part of the RAM experiment: giving Berkshire artists a high-profile venue to connect with the public – an alternative to the commercial gallery model. Interestingly, these curated shows will resemble the old salon system before galleries were prevalent.

Occupying two floors of this repurposed 1927 church, “Figuring In” presents 25 artworks by 14 artists, who treat the human form in a variety of styles and media. The exhibit is spaciously hung, and adjacent pieces often suggest a subtle dialogue. For example, Rousseau’s “Hope with a Gun” is sandwiched between Whitney’s “Posterior Dispenser” and Chojnowski’s rearview of a female nude. In contrast to her neighbors, Hope – a fully-clad, seated female with a rifle across her lap – makes certain that her posterior is inaccessible.

Whitney’s sculpture exemplifies the exhibit’s broad approach to figurative art. “Posterior Dispenser” morphs human form into the reductive abstraction of a bathroom fixture. His technical skills belie the fact that the piece is fabricated from lacquered fiberboard. Whitney’s penchant for passing off handcrafted objects as machine-made recalls Robert Gober’s early work like “Three Urinals.” A form of artsy bathroom humor also links these pieces together.

Chojnowski’s approach is equally untraditional. While a representational artist, he transforms his surfaces – both paper and panel – into charcoal drawings by means of water and flame. Using water to control the amount of scorch from his torch, he creates sepia-color images. The process has rightfully fascinated the public.

I tried to suggest the stylistic breadth of the exhibit on the first wall. In the center is Mazzeo’s large canvas of adult figures crawling towards a distant prominence. His computer-inspired forms are vivid, expressionistic, and full of textural contrasts. To the right, Morgan-Leamon’s forward-rushing children are painted in a captivating impressionistic style. It’s one of the exhibit’s gems. Completing the triad, Paisley’s mysterious “Confidence Man” is done with a loose, economic brush.

While most of the paintings in the show lean towards realism, the sculpture asserts more latitude. Joseph’s austere yet benevolent “Mother Spirit” evokes a guardian, nurturing presence. In this small work, prehistory and postmodernism meet. Griffith’s ebullient “Gray Gown” is an over-sized empty garment freed from its corporal mass -- the figure is present through its absence. Made from abaca paper, celluclay, and pine needles, the piece has an overt organic quality and evokes the spirit of a mother goddess. Both works linger hauntingly in the mind.

Rousseau provides the show its most popular piece: “La Petite Mort” (a French idiom for orgasm). Two famous sculptures – Bernini’s “Ecstasy of Saint Theresa” and the Early Classical “Dying Warrior” – meld together like molten stone. Above, a transfixed female braces against the male’s shoulder at her climatic moment; the statues flesh out the aftermath. Masterfully painted, this piece ranks among the most ingenious uses of appropriation that I can name. It also underscores RAM’s raison d’È‡tre: Berkshire brilliance deserves to be seen.

Zaig’s two mammoth self-portraits place second on the “most popular” list. Visitors initially dismiss them as large digital prints: boring. However, when they read that the medium is airbrush on canvas, they become mesmerized: old school. These late 1980s paintings touch an important aspect of RAM. Our thematic exhibits present historical perspectives on art production as exemplified by regional artists. Some pieces in “Figuring In” date to the 1960s – and it shows. In other words, RAM will didactically offer art critical snapshots of trends and changes during the past 50 years as seen through the lens of Berkshire artists -- and that’s exciting.

What does the future hold? Hopefully success. During our second season, we plan to have two major shows, the first being “On the Edge” (art incorporating lines and/or grids). We will also host weekly gatherings (we currently have wine and cheese each Sunday 3-5 pm), monthly events, and periodic gallery tours. Most importantly, RAM must garner the support of both the public and artist community if our experiment is to prove ultimately successful.

Keith Shaw is an art historian who teaches at Berkshire Community College. Dr. Shaw has written fine arts reviews for the Berkshire Eagle and the Boston based Artscope Magazine.