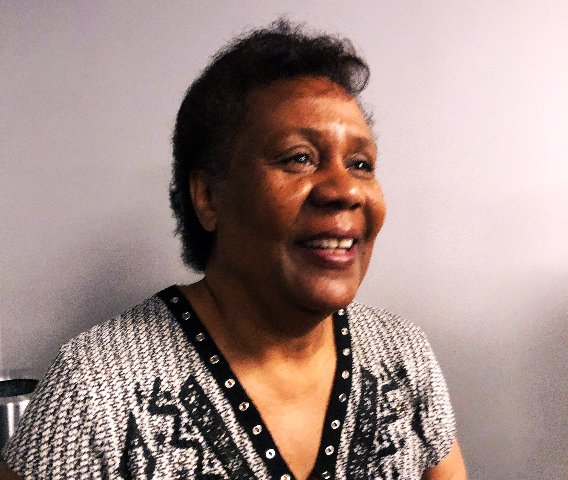 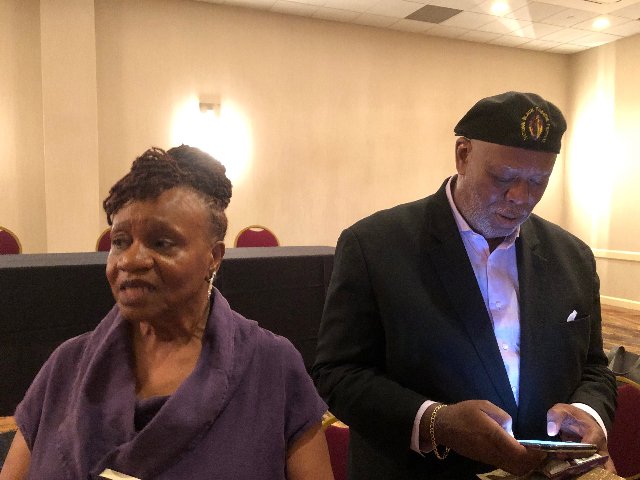 ATCA members attending a panel at the Marriott. 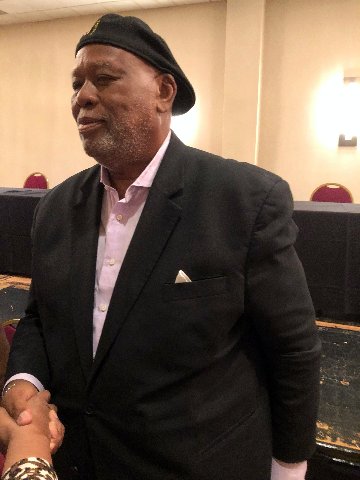 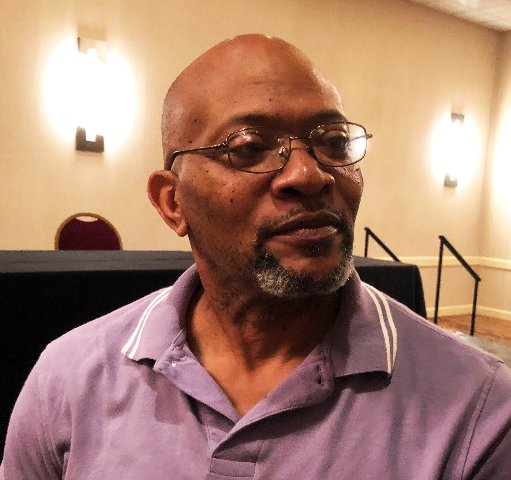 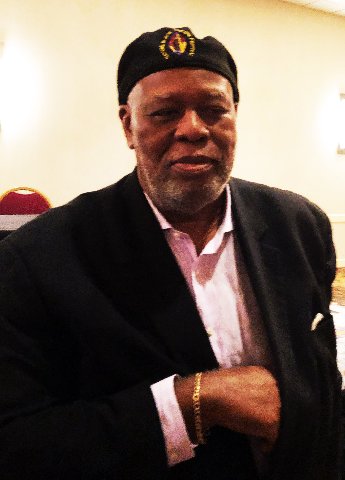 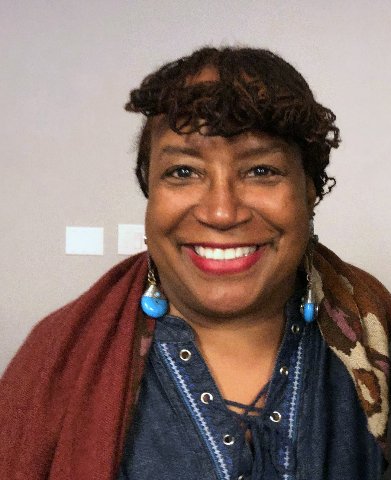 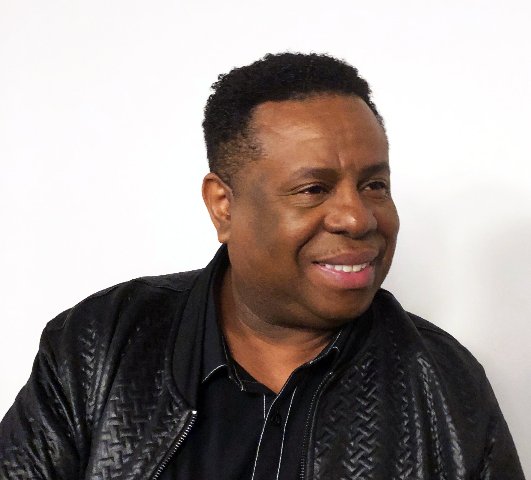 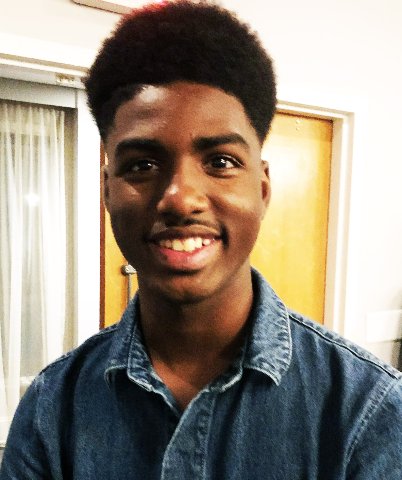 This Soul Man started with the company when he was fourteen. 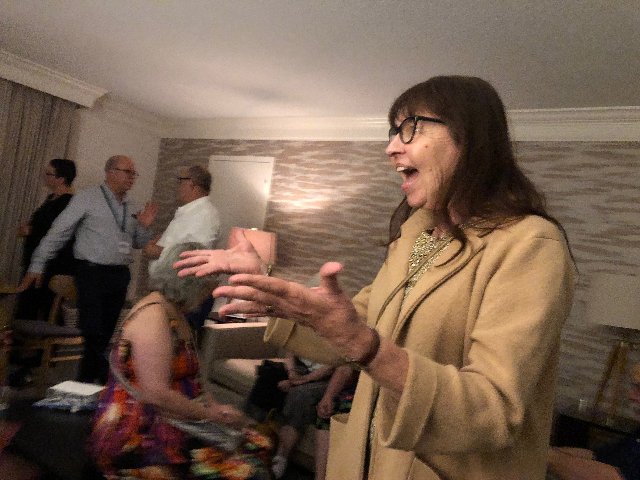 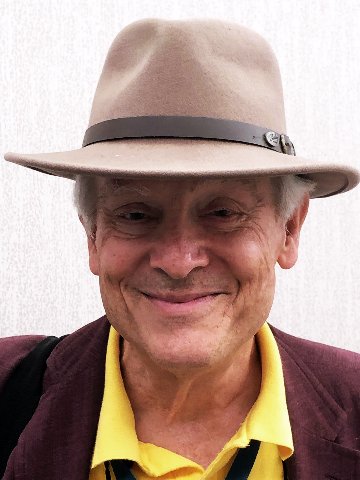 The Sarasota, Florida based critic, Jay Handelman, organized a conference for the American Theatre Critics Association (ATCA). Some thirty members and guests assembled in Winston-Salem, North Carolina for the biennial National Black Theatre Festival which was held from July 29 through August 3.

From Wednesday through Saturday, with matinee and evening performances, we attended an average of eight shows from the 30 productions staged in and around the city. They were selected from some 250 applications representing companies in the United States, Great Britain, Europe and Africa.

That testified to the depth and diversity of black regional theatre. As part of the ATCA conferences we participated in panel discussions that explored this phenomenon in depth.

The first session, open to the general public, was held at the Marriott Hotel which served as ground zero for the festival. Local critic and ATCA member, Lynn Felder, moderated a panel focused on North Carolina Black Repertory Company. It included Sylvia Sprinkle Hamlin, president of the NBTF board of directors, Jackie Alexander, artistic director, and Lawrence Evans, an advisor and celebrity coordinator.

On Friday evening Handelman arranged that ATCA delegates attend the performance of Soul Man a  musical. After the show there was a celebration with the cast, artistic director Nate Jacobs, and The Westcoast Black Theatre Troupe. It is a company that Handelman has often covered in Sarasota.

On Saturday morning, in the Best Western where we stayed, Handelman moderated a panel that included Jacobs. They were joined by Jackie Taylor from Chicago’s Black Ensemble Theatre and Eileen J. Morris of Houston’s The Ensemble Theatre.

In 1833, American actor, Ira Aldridge, became the first black man to play Othello at London's Covent Garden. His story became the focus of the play Red Velvet which has been widely performed. We saw a production with John Douglas Thompson at Shakespeare & Company in Lenox, Massachusetts.

If Aldridge was a pioneer in the 19th century, today color blind casting is common on Broadway and in regional theatre. Morris spoke of how her company started with casting black actors in classics like Cat on a Hot Tin Roof. All of the artistic directors spoke of their commitment to developing theatre written and performed by African Americans. That focus on black theatre is more plausible than it was decades ago when these and other companies were founded.

Between sessions we met with ATCA member Dr. Chris Rawson of Pittsburgh. He teaches university courses based on his personal involvement with the late August Wilson (1945-2005). Rawson is a board member of an emerging museum in Wilson’s former residence. He spoke of a plan simultaneously to produce several of Wilson’s plays from his Century cycle. Ever emerging black playwrights are often compared to Wilson as a paradigm for American black theatre.

We saw several of the Wilson plays at Boston’s Huntington Theatre. Rawson stated that most of the world premieres were produced at Yale Repertory Theatre.

There was an intriguing commonality expressed by the artistic directors. In each instance their companies were founded by artists with limited personal resources. Initially, they knew nothing about business, administration and real estate.

An exception was Larry Leon Hamlin (September 25, 1948 – June 6, 2007) founder and artistic director of the North Carolina Black Repertory Company as well as the founder and executive director of the National Black Theatre Festival. While earning a degree in business he took courses in theatre at Brown University. That background served him well in Winston-Salem. Ten years after establishing a company, in 1979, he started the festival.

The panelists offered anecdotes about Hamlin’s flamboyance, charisma and vision. It seems that he liked to dress in purple for its imperial implications. Purple and black, representing his roots in African American Theatre, were widely on view during the festival. In honor of Hamlin many staff members and volunteers proudly displayed the color purple.

A common notion we heard was along the lines of if we build it they (audiences) will come. Initially, there was blind faith and righteous belief in their mission. Hamlin’s first festival and its ambition to attract national companies and audiences reached its initial goals.

The panelists discussed the challenges of sustaining the vision, energy and entrepreneurship of a high profile founder. They explained that sustained success has been based on solid fundamentals.

Comparisons were made to festivals and events in major cities and why they have struggled. There is always a lot going on and competition for municipal support and funding. In 2019 Winston-Salem has an estimated population of 255,969. Through development of former tobacco buildings there is a critical mass of downtown residents. This has spawned business and restaurant development. The company is housed at the downtown Stevens Center which is about to undergo renovation.

Much of the philanthropy for arts culture and Wake Forest University started with R. J. Reynolds (1850-1918). Reynolds kept corporate headquarters  in Winston-Salem and lived on a thousand acre estate that now is the 350 acre site of the university. By contrast, the other dominant tobacco magnate, James Buchanan Duke (1856-1925), moved headquarters to New York. The Reynolds fortune and philanthropy remained local.

As the only act in town there is a broad base of support for the festival. City busses are used to transport audiences to theatres. The festival attracts up to 60,000 visitors translating to millions of dollars of tourism revenue. Most significantly, the audience is largely comprised of repeat visitors. It is well advised to book long in advance as shows sell out quickly.

A shortcoming that was addressed to the panelists was getting the word out. In addition to producing there seems to be an inadequate budget for marketing and national PR. One of the largest and most successful theatre festivals in America is primarily learned of by word of mouth.

In addition to an emphasis on artistic missions we heard a lot about real estate. All of the artistic directors and administrators spoke about owning their properties and retiring mortgages.

Dance Theatre of Harlem started in 1969 when Arthur Mitchell, a former principal dancer for New York City Ballet and dancer Karel Shook, acquired a former garage in Harlem. It was funded through Mitchell’s savings. Initially the focus was teaching classical ballet, and Balanchine techniques, to inner city youth. Generations of dancers went on to professional careers. Eventually, there was a critical mass of classically trained dancers to focus on performances with American and global tours.

It was intriguing to hear of similar industrial  conversions in Chicago and Houston.

Jackie Taylor was born in Chicago, Illinois in 1951 and raised in the Cabrini Green housing project. In 1976 she founded Black Ensemble Theater near that project. With humor she discussed playing the Mayor off against the Governor to raise most of the $20 million required to renovate a former garage.

On September 10, 2010, Taylor broke ground on the Black Ensemble Theater Cultural Center which opened on November 18, 2011. Not long after that we attended her production of The Marvin Gaye Story during our first ATCA conference.

Now she is in the midst of raising $70 million for new construction, productions, education and a greatly expanded staff. The plan is to acquire surrounding properties to create an income generating village of like-minded businesses. The city is requiring that this proceeds in stages. Only one structure at a time may be razed with subsequent new construction. The objective is to avoid a blight of undeveloped vacant lots.

The goal of this expansion is to become income generating and financially independent. That equates to competitive salaries for administrators and creative artists. With a projected full and part time staff of some 250 that’s a big nut to crack.

During the Q&A I asked about the sustainability of such ambitious programming and real estate? The example was raised of how Dance Theater of Harlem was forced to close for an eight year hiatus. At what point is artistic programming compromised by unmanageable overhead? When do artistic directors have to yield to the risk factors of presenting difficult and ambitious emerging black theatre?

That raised the issue of audiences. To what extent do the companies take on cutting edge and emerging voices in African American theatre? A crucial factor is the demographic of audiences. There seems to be a sustainable black audience in Winston-Salem. During our visit there was a NCBRC revival of the Broadway play Jelly’s Last Jam. The company's downtown home, The Stevens Center, is slated for renovation. Significantly, both Sarasota, Soul Man, and Chicago, Women of Soul presented accessible juke box musicals. For these popular shows, well attended during the festival, there was no heavy lifting.

Jacobs, trained in the visual arts, came to theatre the long way around. Putting his foot into the pond he found that black actors for local productions were relatively scarce. He soon tired of having just a few lines as a servant. A mentor encouraged him to dig deeper. It was a rough start as the theatre company ran for years without costumes, money, contracted performers, employees, or a board. But the shows were popular, gaining more and more community support and, eventually, money.

Today, in addition to organizing a full season of productions there is an educational program. With pride he stated that the young hip hop actor in Soul Man started with the company when he was fourteen.

In 2010, The Westcoast Black Theatre Troupe renovated a warehouse next to the historic Binz Building on North Orange Avenue in Sarasota. The property was purchased in 2013.

Based in the retirement community of Sarasota, Jacobs disclosed that, perhaps 17% of the audience is black. Reversing that Taylor reported a 30% white audience. We did not hear statistics for Houston and Winston-Salem.

With the need to fill seats and pay bills the programming of the companies are generally mainstream and even conservative. Ironically, we seem to see more cutting edge black theatre here in the Berkshires. One such example was the award winning America v.2.1: The Sad Demise & Eventual Extinction of the American Negro by Stacey Rose. It had its world premiere this summer at Barrington Stage Company in Pittsfield.

As Taylor put it her emphasis is on uplifting and affirming programming. She has written and produced more than 100 plays and musical biographies, including The Marvin Gaye Story, The Jackie Wilson Story, All In Love Is Fair, The Other Cinderella, I Am Who I Am (The Story of Teddy Pendergrass), Don’t Make Me Over (The Story of Dionne Warwick), Don’t Shed A Tear (The Billie Holiday Story), Somebody Say Amen, At Last:  A Tribute To Etta James; among others.

An ATCA member asked if she would present a difficult play like Anne and Emmett? The play which conflates the stories of teenagers Anne Frank and Emmett Till was a gut wrenching highlight of the festival. Between the lines of a complex answer was likely not.

The takeaway is if these now well established companies marginalize emerging and cutting edge theatre then where will we experience new voices? Particularly given the divisive current social and political paradigms that’s an important question.

On every level an emerging generation is creating a new cultural landscape. We came to Winston-Salem in hope of experiencing more of that.