Nico Muhly and John Zorn compose for the Vessels 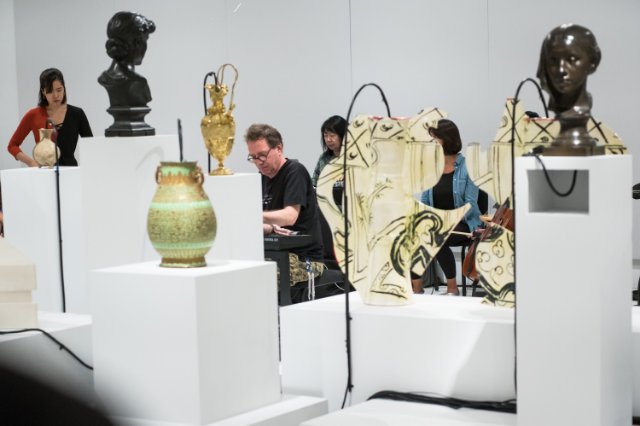 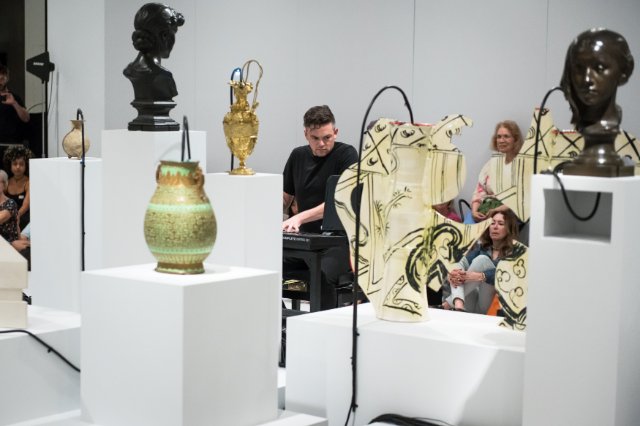 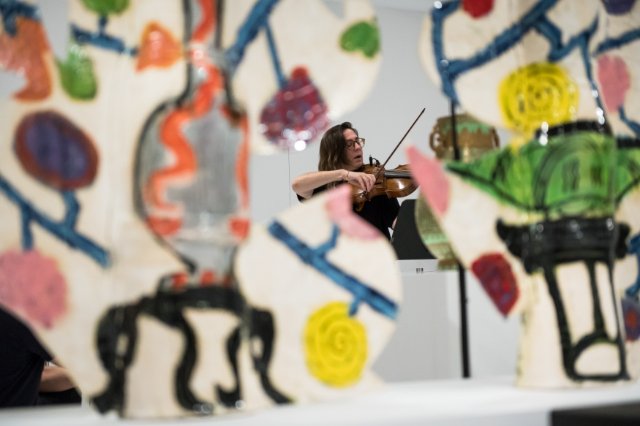 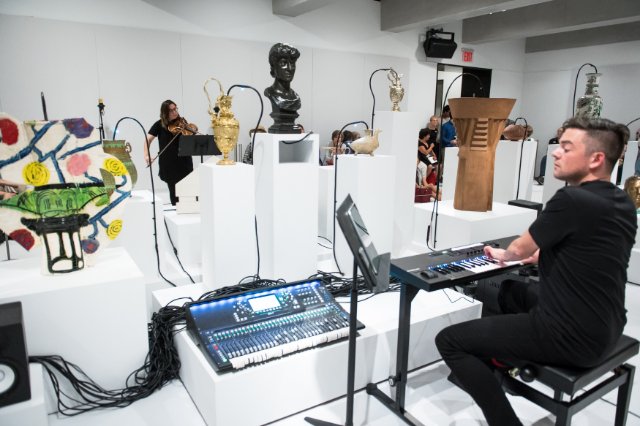 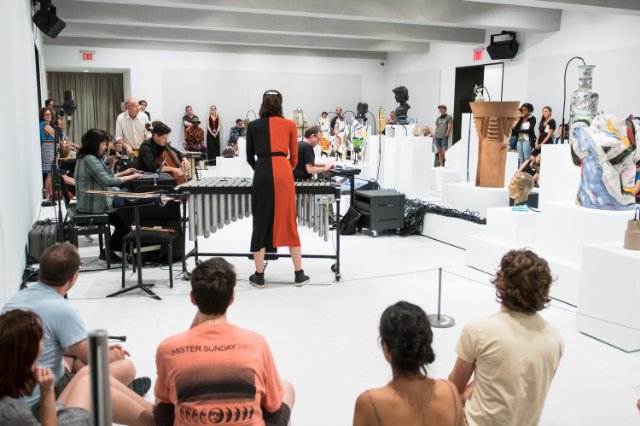 Mori, Wollesen, Nicolas, Hashimoto and Zorn at the keyboard improvising. 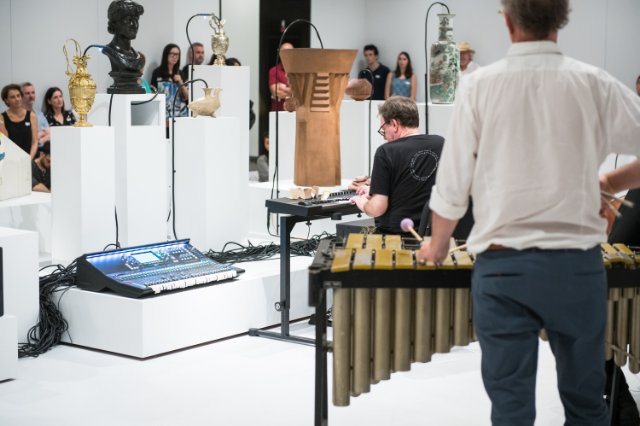 The Vessels with Vibraphone 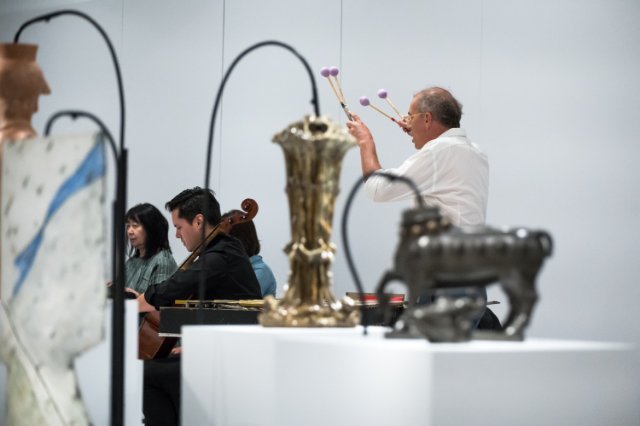 The Metropolitan Museum of Art has mounted its first sound-based installation. British artist Oliver Beer selected 32 vessels from the Museum's vast collection. They form a 32 note chromatic scale which can be performed on an electronic keyboard. The exhibit was a feast for eyes and ears.

The walls of a gallery are full of the sound of music.  The ambient air of the gallery invades the 32 vessels from the Metropolitan Museum of Art’s collection. They have been selected for their unique frequency, which air, the architecture of the vessel and their construction material makes. Some vessels were created 7,000 years ago, and others in the 21st century.

Vessels created in 2003 include a group of three by Betty Woodman titled The Ming Sisters. They look a bit like the three little pigs and bring the same smile.  Their frequencies: a D below the bottom line in the F cleft; an E flat nearby and then another D, an octave above the first one. You wonder, when one vessel is sounding forth, whether the others feel left out.

Two sculptured portraits, created in bronze in America at the turn of the 20th century, both have an A flat personality, but an octave apart.  The bust of Mrs. Olin Levi Warner has a longer neck and bust than Scofield Thayer's.  Does this create the octave?

A fat stoneware pot created just 40 years ago has a tone four notes way from a vessel of a taller ceramic female figure created 8,000 years ago. One admires Beer's search, because all he could do was guess at neighboring tones.

Edmund de Waal, sculptor and author, writes about his relationship to his sculptures. “With objects it is possible not only to sound them, name them, and make sense of them through language, but hear their kinships with words themselves."

Two charming Ewers represent C on the F cleft and also E.  Their large mouths were used for carrying bathing water. A delightful drawing by Beer shows the “C” Ewer and some notes it has inspired.

An early twentieth century French vase by Louis Majorelle has “sinuous lines derived from organic forms, this florid style liberated designers who sought a new formal language which was not dry academic."  Certainly when composer John Zorn took to the keyboard to which the individual mics were attached, we got a lush sound, which does not characterize the notes of the vessels played singly.

As music begins to be played with this orchestra, the beauty of the individual “pipes’ or “Vessels” does not recede.  The connection between image and note is only made clear by a tiny rectangular bar on the wire approaching the mic which lights up when the vessel’s note is played.  The visual of vase, light, and keyboard is complex. You have to give yourself over to listening and let the visions of vases dance before your eyes.

A woman’s raga group, Massive from Brooklyn, performed with the orchestra one evening.  Frequencies were impervious to cultural origin. The intervals which characterize this Indian melodic mode fit perfectly with the orchestra’s tones.

Nico Muhly came on another evening to perform with Nadia Sirota on viola. You sensed a dialogue between the vessels’ frequencies and those of a string instrument bowed by a human.

John Zorn and five friends performed the final concert of the exhibition.  His was the most varied expression of the orchestra’s ‘instruments.’  Improvised with two vibraphones, a vocalist, an electronic percussionist and a cellist, music lept and crept, rushed forward and receded, always delighting.

No venue may be more suitable to experimentation with art delivered to the ear, the eye, the heart and the mind.  Oliver Beer’s Vessels was not only unique. It was delightful and witty.