Sales Up 23% From This Time Last Year 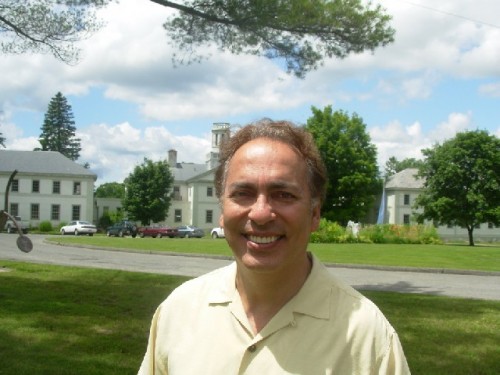 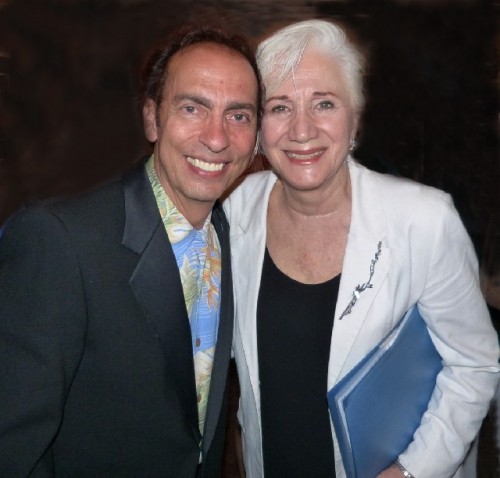 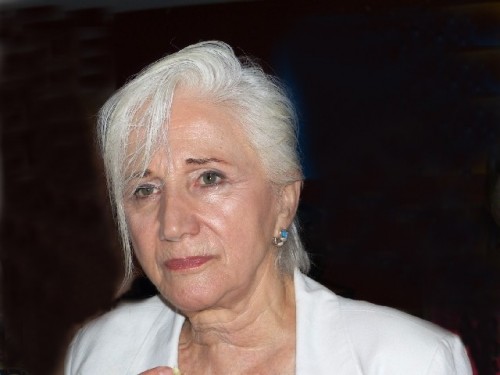 Olympia had a sold out run of The Tempest this summer. 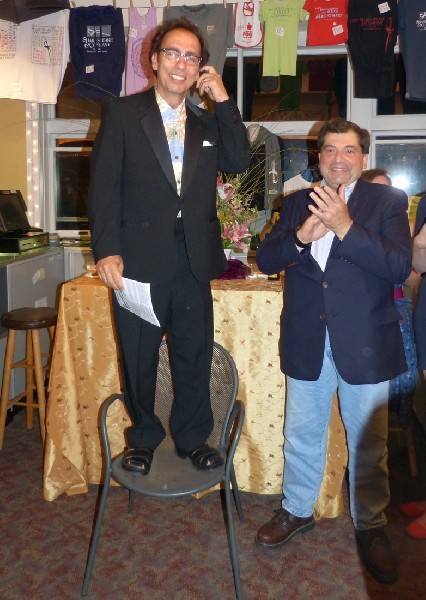 Tony and general manager Nick Puma have good news to shout out. 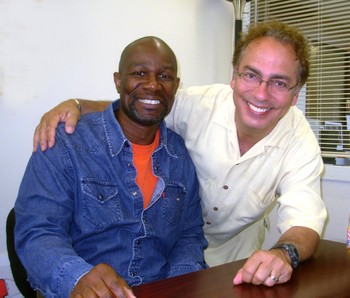 Tony with John Douglas Thompson who is performing Satchmo at the Waldorf this summer. 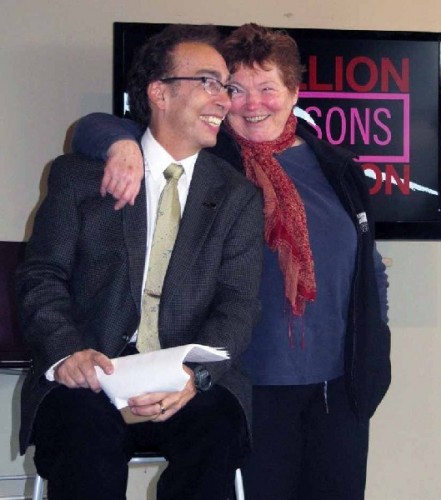 As Shakespeare & Company continues to celebrate its 35th Season of "Rebellion and Revolution" in the Berkshires, Artistic Director Tony Simotes and Managing Director Nicholas J. Puma, Jr. are pleased to announce that on Monday, August 6, the Company surpassed $1 million in ticket sales for the 2012-2013 performance season, the earliest date the Company has reached that figure in its 35 year history. This feat also puts the Company 22.5% ahead of its box office totals from last year’s performance season at this time.

“I’m so proud of what we’ve achieved this year,” says Simotes, “It’s a testament to our hard working staff, stellar artists, our terrific Board of Trustees and Board of Overseers, and the community, who have come out in full force to celebrate our 35th Season with us. When we first came to the Berkshires in 1978, our ambition was to do world-renowned work that profoundly affected a community. Thirty-five years later, amid this celebratory season, I have an overwhelming sense that we’ve achieved that. This benchmark reflects not only what happens on our property artistically, but the enthusiasm of our patrons who come from all over the county, region, and from all over the world to see our productions. This summer, we celebrate their enduring support.”

Now in its 14th week, Shakespeare & Company’s record-breaking summer continues at each of the Company’s theatre venues, where six shows are running in repertory, in addition to a number of special events, including new offerings such as the Studio Series and Author! Author! The season is headlined by Simotes’ production of The Tempest starring Academy Award winner Olympia Dukakis, which is enjoying a sold-out run at the newly renamed Tina Packer Playhouse.

“This season has truly been one of rebellion and revolution,” says Simotes, “We kicked off the season in May with Cassandra Speaks, a one-woman show about the revolutionary and rebellious journalist Dorothy Thompson. We honored Tina Packer, our revolutionary Founding Artistic Director, at our 35th Season Gala Celebration. We’ll wrap-up our summer performance season with Satchmo at the Waldorf, a new play about a man who unquestionably revolutionized jazz music: Louis Armstrong. We’re so proud of the work we’ve done and the productions we’ve mounted, and to have our patrons share in that enthusiasm is incredibly inspiring. We share in the growth of the arts here in the Berkshires and salute the other professional performance venues that help sustain the quality of the work that people are flocking to see."

Earlier in the summer, the Company announced that it had met the $6 million goal of the 35th Anniversary Season Campaign, which included $4 million in contributions that triggered the payment of a $2 million challenge grant by the late Elayne P. Bernstein. The $6 million raised by the 35th Anniversary Season Campaign will alleviate the Company’s short and long term debt, and also create a capital and operational reserve in the Tina Packer Fund for Shakespeare & Company.

"This year has been a game-changer for us," says Managing Director Nicholas J. Puma, Jr. "Coming into the season, we had a tremendous amount of momentum in a positive direction, and we've only picked up steam over the course of the summer. Our training and education programs continue to thrive, and our performances continue to thrill and inspire. To sustain and enhance the quality of our work in this tough economy is no small feat, and I credit Tony Simotes and our staff for their tireless work and enduring imagination. Financially, we are in a strong place going forward. I can confidently speak on behalf of the entire administrative staff when I say how excited we are about the future of this organization."

The momentum will continue into a busy fall and winter for the Company with three full productions planned after Satchmo at the Waldorf closes on September 16. In the fall, Company veteran Jonathan Croy will direct Elizabeth Aspenlieder, Jason Asprey, David Joseph, and Josh Aaron McCabe in The 39 Steps, the popular adaptation of the John Buchan novel that took Broadway by storm in 2008. In December, the Company's traditional revival of David Sedaris' irreverent Christmas memoir The Santaland Diaries will enjoy another run, this time with long-time Company member David Josef Hanson in the role of Crumpet the Elf. And finally, in March 2013, the contemporary and classic merge in David Ives' new adaptation of Pierre Corneille's famous farce, The Liar. Visit www.Shakespeare.org for tickets and more information about upcoming productions.