From Wicked to Cabaret 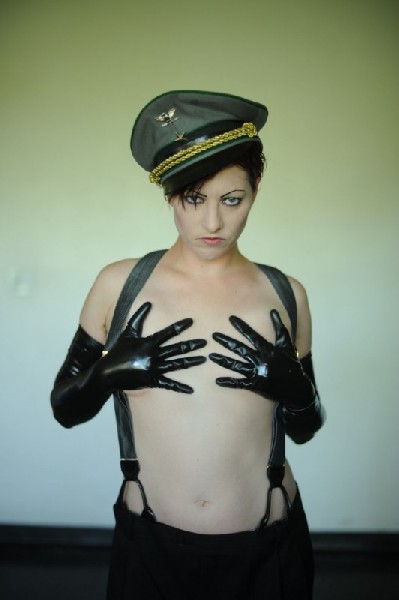 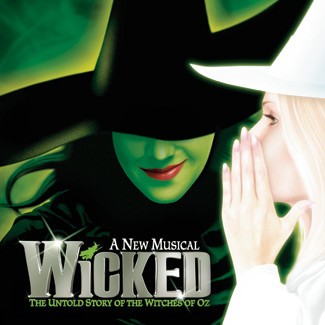 Wicked should be awesome.

The fall is always an exciting time for me. I can just feel the energy of the actors, musicians and dancers rehearsing for their opening performances.  All we have to do is support them all the while enriching our souls. Here are just some of the fall offerings.

WHAT: FIVE DOWN ONE ACROSS
WHERE: BOSTON PLAYWRIGHTS
WHEN: SEPTEMBER 30-OCTOBER 24
TICKETS: (617) 855-4111
INFO:  Boston Playwrights’ Theatre starts its 2010/2011 season close to home with Five Down, One Across, a comedy by recent Boston Playwrights’ Theatre alum Michael Towers.  In Five Down, One Across, Betty relocates her 85-year-old mother to her not-so-ordinary Brookline home, but now she’s got to tell the truth about her failed marriage, her mysterious pet, her prestigious career and her sixteen-year relationship with her “roommate” Sharon.  A serio-comic look at “coming out” in more ways than one.  Directed by Sidney Friedman and featuring Alice Duffy and Chloe Leamon.


WHAT: Boston Symphony Orchestra
WHERE: Symphony Hall
WHEN: 2010-2011 Season
TICKETS: 617-266-1492  or www.bso.org.
INFO:The Boston Symphony Orchestra’s 2010–11 season, October 2, 2010 - May 7, 2011, demonstrates an ongoing commitment to programming timeless masterpieces alongside compelling new works from notable living composers, while introducing twenty new guest artists and welcoming the return of instrumentalists, vocalists, and conductors who have become BSO audience favorites.  The Boston Symphony Orchestra’s 2010-11 season opens on Saturday, October 2, with Bryn Terfel joining James Levine and the orchestra in an all-Wagner program, including vocal excerpts from The Flying Dutchman, Die Walküre, and Die Meistersinger von Nürnburg on a program with favorite orchestral works including the Siegfried Idyll.  During the 2010-11 season, Music Director James Levine, in his seventh season with the BSO, continues the orchestra’s ongoing cycle of Mahler symphonies with performances of Nos. 2, 5, and 9, and conducts the first three symphonies of American composer John Harbison to begin a new two-year cycle of the complete set. The orchestra also reinstates its composer/conductor week by partnering with English composer/conductor Thomas Adès, who will make his BSO conducting debut in a program featuring his own violin concerto Concentric Paths and scenes from his opera The Tempest, as well as works by Tchaikovsky and Sibelius. In addition to the many musical highlights of the season, the orchestra also announces the introduction of a new Friday-evening series, with an early start time of 7p.m., designed to offer patrons an option for shorter and earlier concerts that also provide a post-concert social element to an evening out at Symphony. Two additional programs, both free to concert goers, include a series of six pre-concert digital music seminars; and BSO 101: Are You Listening?, a new adult education series to take place on four Wednesday evenings, and designed to offer patrons insights on how to enhance their listening ability, with a special focus on music to be performed during the BSO’s 2010-11 season.


WHAT: BOSTON MARRIAGE by DAVID MAMET
WHERE:NEW REP
WHEN: SEPTEMBER 13-OCTOBER 3
TICKETS: 17-923-8487 or buy online at www.newrep.org ASK FOR SENIOR DISCOUNT OF $7


INFO: The American Repertory Theater (A.R.T.) opens its 2010/11 Season with Kander and Ebb’s CABARET, directed by Steven Bogart, with musical direction by Lance Horne and Debra Barsha, and movement by Steven Mitchell Wright, starring Amanda Palmer as the Emcee. Set and costume design is by David Israel Reynoso,lighting design by Nick Vargelis, and sound design by Clive Goodwin.
Take your seat at the Kit Kat Klub, the perfectly marvelous cabaret where singer Sally Bowles meets writer Cliff Bradshaw. As the two pursue a life of pleasure in Weimar Berlin, the world outside the Klub begins to splinter. Presiding over it all is singer, songwriter, and former Dresden Doll Amanda Palmer as the Kit Kat Klub's magnetic Emcee, with Aly Trasher as Sally Bowles and Matt Wood as Cliff Bradshaw. The cast also includes Remo Airaldi as Herr Schultz, David Costa as Ernst Ludwig, Claire Davies as Fraulein Kost, Thomas Derrah as Fraulein Schneider, and Jeremy Geidt as Max, the Klub Owner; as well as Renee-Marie Brewster, Lucille Duncan, Tamara Hickey, Eric Johnson, Jordy Lievers, and Gaetano Pugliese as the Kit Kat Dancers, and Annika Franklin, Chris Thomas, and Edward Walsh as the Ensemble.


WHAT:HUNTINGTON THEATRE
WHERE: BU THEATRE
WHEN: September 17-October 17
TICKETS: (617) 266-0800
INFO: This year has an exciting season starting with William Inge’s BUS STOP directed by Nicholas Martin on the BU THEATRE MAINSTAGE . Later in the season Educating Rita, and Comedy of Errors so stay tuned.

WHAT:WICKED
WHERE: BOSTON OPERA HOUSE
WHEN:?September 1 - October 17, 2010?INFO:Entertainment Weekly calls Wicked "the best musical of the decade," and when it last played Boston it broke box office records and sold out in record time. Winner of 35 major awards, including a Grammy® and three Tony® Awards, Wicked is Broadway's biggest blockbuster, a cultural phenomenon, and was just named "the defining musical of the decade" by The New York Times.  Long before that girl from Kansas arrives in Munchkinland, two girls meet in the land of Oz. One - born with emerald green skin - is smart, fiery and misunderstood. The other is beautiful, ambitious and very popular. How these two grow to become the Wicked Witch of the West and Glinda the Good makes for "the most complete and completely satisfying new musical in a long time" (USA Today). Later in the season take the kids to see Mary Poppins. If you missed Jersey Boys, BAA is bringing it back to Boston. This show is like eating peanuts… you cant eat just one, and as for the Jersey Boys , you can’t see it just once.
See you in the theatre.