John Relyea and Lisette Oropesa Sublime with the Chicago Symphony 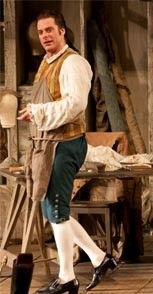 John Relyea was not in full costume, but he was certainly in full voice as Figaro. 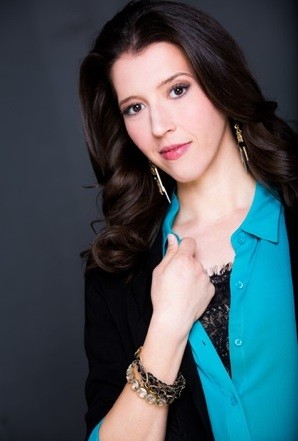 Singers say that when they need a fixer-up and refreshing they turn to Mozart.  This can work for an audience as well, and is perhaps the reason James Conlon has made Mozart operas perennials at the Ravinia Festival.

The Chicago Symphony was red hot when it embarked on the overture to Figaro.  They relished the challenge and it paid off for listeners.  One of the reasons that you can’t put a B cast to perform familiar music is that the audience knows the music so well.  The performance has to be perfect.  With Assistant concert master Stephanie Jeong leading, this Mozart was sublime.

Figaro, Susanna, Don Basilio and Marcellina were particularly good at taking up the colors and characterizations suggested by their music and providing us with full-fleshed personalities chock a block with emotions.  Characters are illuminated by Mozart’s music.  They inhabit a real world, enchanted by recognizable.

John Relyea, Figaro, was interviewed three years ago at Tanglewood and said this about Mozart: "I think there's something that lives and breathes in Mozart, no matter what. It's up to us to figure out, in our own minds and hearts, how we can achieve that…That's the pursuit of getting to the essence and the truth of the character, or the piece itself. I find that is the key with Mozart. And, the music is the thing you just can't get tired of. It's always alive. It's always saying something new. I've performed Figaro close to a hundred times, and every time something new jumps out at me, whether it's with my character, or the relationship between characters, or just something in the music. It's so well integrated-the spirit, the characters, and the music. That's what all of the composers who came after him have been trying to do. That's essentially what verismo means, too . . . it's an idea of capturing reality into the music.”  Relyea does.

The other singers contributed to the frolic, which centers on the medieval right of the Count to deflower young women.  Looking to the future, he has erased this right from the books before the opera begins.  Clearly he wants to reinstitute it to get access to his wife’s servant, Susanna, who is about to marry Figaro.

Stephane Degout as the Count exhibited a real passion for Susanna under his appropriately magisterial demeanor.   The Countess and Cherubino evolve from play acting and fall for each other as we listen. The sestet at the end of Act II, in which everyone reacts to the revelation of Figaro’s progenitors, was a marvel of variety woven into a crazy moment.

Mozart of course was the first composer to express character in music.  To this day he may be its finest proponent.  The singers took full advantage of the emotional context Mozart provides.

What is clearly a non opera moment and a very real one is when Figaro says to Susanna, disguised as the Countess, "I recognized your voice."  How can disguise work in opera when a character clearly knows the disguised person's voice?  Well, Figaro has a good enough ear not to be fooled.

Harry Silverstein’s job as director is difficult for a semi-staging of Figaro.  Everyone is hiding from everyone else.  Everyone is in disguise at one point or another.

Several touches made this Figaro come alive.  Noteworthy was Rodell Rosel, an EmoGoth Don Basilio with a tomahawk wave 'do.  He was a delicious punctuation mark every time he appeared.  Lisette Oropesa is a natural on stage.  Her lovely, light soprano fit Susanna perfectly.  Hers is the standard to which all opera acting should aspire.

Conlon is such a pleasure to listen to.  His Mozart was clear as a bell, passionate and beautifully shaped.  He supports the singers at every turn.  Brahms declared this opera sublime and at Ravinia it was.