Financial Crisis of the Berkshire Museum

What Do the Numbers Add Up To 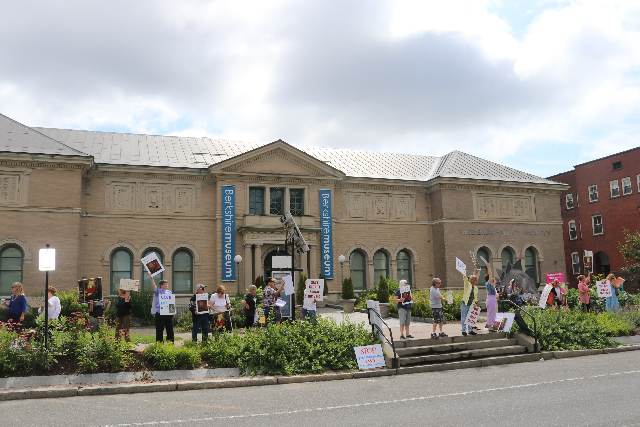 There are questions for the Berkshire Museum regarding its stated financial crisis leading to the sale of 40 paintings from the collection for endowment and renovation. This is of great concern as it is in clear violation of ethical guidelines for deaccessions as stated by the Association of American Museum Directors and other professional organizations.

The Federal tax information Form 990 for 2015 (obtained as a public document through Guidestar) showed total revenue of $4,258,774 and Net Income of $1,171,486. That compares with the claims made of losing over a million dollars a year in “structural annual deficit.”  This demands an explanation that is clear as to what are the various items of income and expense and how are they being categorized.  If the BM wishes to have any credibility in this community, they must release their full annual audited financial statements with footnotes.

The community also deserves and needs explanation of other items set forth on the return to evaluate the proposed course of action of selling the cream of the crop of the art and assets of the Museum based on the 2015 filing:

Contributions of $3,020,154. Does that include ticket sales? Membership income? Restricted gifts?

Net fundraising income of $71,971. How is that figure derived? Does that mean that they had total fundraising of a larger figure, and the net of funds raised was only $71,971? What was the expense to obtain that net figure? For example, did they raise $300,000 and had expenses of fundraising of about $228,000?

Sales of assets were $535,666. What was sold? Was it art? And were the proceeds allocated for art acquisitions as required by art museum association standards?

Net inventory sales of $54,516. What was sold? And what were the expenses associated with those sales and where are they reflected in the figures?

Total assets of $29,639,431 with total liabilities (which would include current obligations such as salaries owing and normal vendor amounts owed and not yet due) of only $2,242,493, and Net Assets of $18,396,938---does not look like an institution going bankrupt! And these figures certainly do not include the values of the millions of dollars of art they want to sell!

The Berkshire community deserves an explanation of how the board calculates a structural deficit! Until and unless the full financial statements, including current ones, are released for review, as demanded by a Berkshire Eagle editorial, there will be good reason to question the judgment of the board of directors.

“Despite repeated requests by The Eagle and other interested parties, they have declined to furnish the answers to important questions that would help inform public discourse. Among them:

“Why deny access to the museum's profit/loss statements for the past two years?

“What is the current location of the art in question?

“When and where are the auctions scheduled to take place?

“What are the museum's future financial projections?

“What are its attendance figures?

“Who are the 400 individuals consulted during the conception of this plan?

“Who attended the June 12 board of trustees meeting where the move was voted upon?

“Where is the actual physical report and study laying out the details of this plan?

“These are reasonable requests, and the proper response to them is not to hire yet another public relations consultant or trumpet wishful claims that the community overwhelmingly supports the selloff decision — both of which the museum has resorted to…”

Until these questions are answered, many people may conclude that the museum trustees and director and their PR people are misleading the public into believing it is necessary to sell the cream of the art collection of the Berkshire Museum.

Perhaps they could figure out how to imaginatively use the art in programming to increase attendance. Consideration could also be given to obtaining revenue from loans or other use of the art, as other museums have done, that would also increase recognition of the quality of the Berkshire Museum's great art collection.

It is of great concern to watch the current trustees destroy the reputation and historical commitment of the Berkshire Museum by selling the major works of art that are so relevant to our Berkshire community.

TRUSTEES OF THE BERKSHIRE MUSEUM

The IRS Form 990 is an annual information return that most organizations claiming federal tax-exempt status must file yearly. Read the IRS instructions for 990 forms.

If this organization has filed an amended return, it may not be reflected in the data below. Duplicated download links may be due to resubmissions or amendments to an organization's original return.

If you would like to download Form 990 document PDFs in bulk, the Internet Archive operates a mirror of the original bulk data.