Sequel To Phantom of the Opera 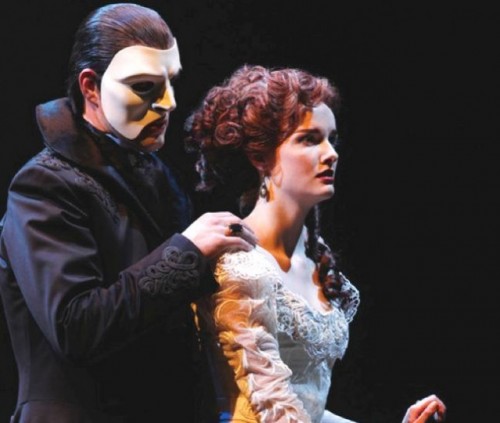 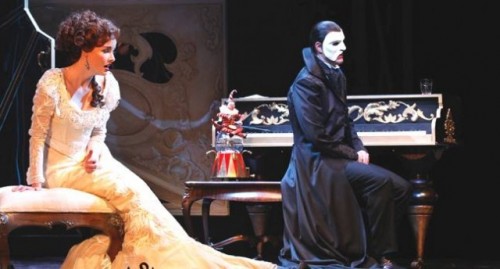 The couple at home enjoying a pensive moment. 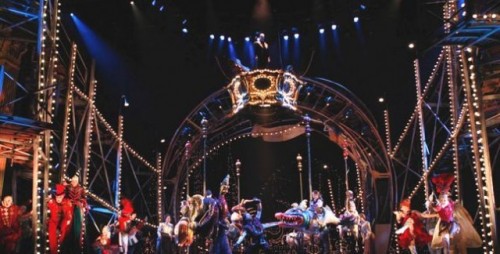 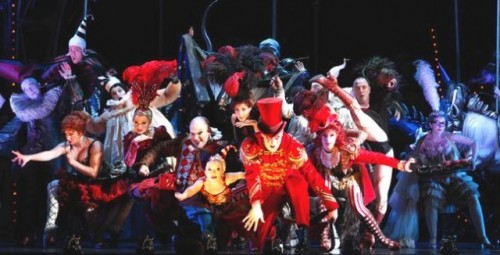 A colorful cast of characters.

It took Andrew Lloyd Webber twenty years to finally come up with a sequel he felt was worthy of his worldwide live theatrical blockbuster success – “Phantom of the Opera. His efforts to match the unbelievable box office grosses and popularity of “Phantom”, however, hit several bumps in the road along the way. Under orders from his Lordship, his creative team began writing, rewriting, producing small workshops, as well as ongoing staged readings of the play, all in an effort to reach the success of the original work but to no avail. The production simply was not up to the high standards Lloyd Webber set for the project and for himself. In short, a sequel was not produceable as a stage piece.

Lloyd Webber is a creative artist who doesn’t suffer set backs easily. It was back to the drawing board year after year in an effort to keep the team reworking the challenge. Eventually, the piece emerged not as a live theatre project but as a reincarnated live theatre/movie production effort that would “film” the “stage version”; releasing it as a film. It would employ movie techniques and elements in concert with live theatrical conventions. At last, Lloyd Webber felt his Phantom tale and its success was ready to move into the sequel phase of the original story.

In the sequel, the creative team has the Phantom escaping the burning the Paris Opera House and has him resurfacing ten years later in Coney Island, New York where he begins anew his obsession of possessing the beautiful Christine Daae. The story has added new characters for its American setting, as well. The sequel has the now famous, French singer Christine Daae, being invited to perform at Phantasma, a new attraction in Coney Island, by an anonymous impresario. With her husband Raoul and her son Gustave in tow, she journey’s to Brooklyn unaware that it is the Phantom who has arranged for her appearance. The surreal atmosphere of Phantasma, with its circus freak characters, becomes a fitting setting for the ultimate Phantom – Christine love story.

Drama, even melodrama, requires conflict within its love story. “Love Never Dies”, has love stories, revenge stories, jealously stories – it has the lot. With apologies to the film’s director Simon Phillips, I actually, for a moment, thought I was watching a movie directed by the famous Australian director Baz Luhrmann (remember “Moulin Rouge”?). The “Love Never Dies” film has a similar look and feel to it, and with the entire cast being Australian… well, it seemed to me a logical conclusion. Mea Culpa.

When the writers began to blend various creative elements into a formula with the idea they believed they addressed and solved their current Phantom storyline challenge, they ended up instead with a product that is neither a theatre piece nor a movie. In the case of “Love Never Dies”, the result became an unfulfilled melodramatic hybrid, albeit a visually stunning looking hybrid.

Filmed in Melbourne, Australia in the sumptuous Regent theatre, the theatrical “feel” of the original production is definitely present. A new musical score (with many reminiscent sounds) is performed by a twenty-one piece, orchestra from the pit of the Regent theatre. Even though the music score is beautifully performed by Ben Lewis as the Phantom, along with the beautiful young Soprano Anna O’Byrne as Christine, I for the life of me couldn’t remember a single tune to hum on the way home. A romantic musical without melodies and lyrics that doesn’t stay with an audience after the movie is over is bound to have box office problems. Blockbuster productions, be they theatrical or movie, need word of mouth buzz to keep the ticket sales up and the dollars rolling in.

The film’s creative team led by director Phillips, and the very talented Gabriela Tylesova’s marvelously creative sets and costumes, along with Nick Schliepers’ lighting designs, have delivered a visual delight for the eyes. However, I’m not that sure that the music and lyrics alone can trump the weak book and storyline of the sequel. “Phantom’s” die-hard fans of course, will embrace it, but it remains to be seen if regular movie audiences will take this production hybrid into their collective hearts.

Right now, “Love Never Dies” is limited to special screenings at selected cities around the country. I saw it at the Camelot Theatres in Palm Springs, California. Check you local art house theatre for future screenings and playdates.

Reposted with the permission of Jack Lyons and Desert Local News.