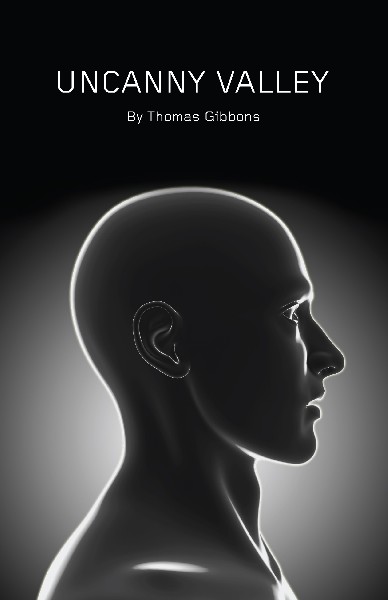 The season, which began on July 6, enjoyed audiences from over 35 states during its four-week schedule with total attendance to the repertory totaling 14,135 [a four percent (4%) increase over 2013; since 2010, CATF has experienced a 22% increase in attendance].

However, the Theater Festival is not quite done for the year. CATF has been invited to transfer its world premiere production of Uncanny Valley by Thomas Gibbons to New York City’s Off-Broadway venue 59E59 Theaters. Hailed as the Festival’s “most satisfying offering” by The Washington Post, Uncanny Valley will be presented by CATF for a four-week run beginning on October 2. While the Theater Festival has had numerous plays subsequently produced in New York and around the country (2012’s Gidion’s Knot by Johnna Adams had over 15 productions in various theaters during the 2013-14 season, for example), this marks the first time in the Festival’s 24 year history that it will move one of its Shepherdstown productions as-is—same cast, crew, set, costumes, etc—to a new venue.

Uncanny Valley, which was presented in the Festival’s 99-seat Studio 112, located in the Center for Contemporary Arts, is set in the near future and portrays the relationship between Julian (played by Alex Podulke), an artificial intelligence being, and Claire (Barbara Kingsley), a neuroscientist tasked with teaching him how to become “human.” Playwright Thomas Gibbons was inspired by Bina48—a sentient robot built by the Terasem Movement Foundation and which (who?) actually visited Shepherdstown this summer as part of the Festival’s lecture series—and advances in modern robotics.

The title of the play comes from the phenomenon felt in people when a robotic form becomes too “human-like” it creates a sensation of revulsion or discomfort. During the course of the production, the audience experiences Julian as he is built—first his head, then his torso, arms, and eventually legs—before them, and then must examine, along with Claire, what science and ingenuity have created (and the related ethical challenges and questions).

“We are thrilled to be taking Uncanny Valley to New York and could not be more proud of the Theater Festival’s role in launching this new American play,” said Producing Director Ed Herendeen. “From the moment we decided to produce this play back in December, it has been an extraordinary artistic process and journey working with Tom Gibbons, the creative team, and the cast on bringing this play, and these characters, to life. I am so looking forward to sharing it with the 59E59 Theaters audiences. It’s the perfect play with which to make our first foray into New York City and this unique opportunity marks a new, exciting chapter in the Festival’s history.”

59E59 Theaters, a nonprofit founded by the Elysabeth Kleinhans Theatrical Foundation (www.59E59.org), features three distinct theater spaces located at 59 East 59th Street in Manhattan. It is committed to providing Off-Broadway performance opportunities to regional theaters and productions. [Incidentally, running in a different space at 59E59 Theaters at the same time as Uncanny Valley is Walter Mosley’s Lift, which the Festival presented as a stage reading this summer with Mr. Mosley in attendance.]

Uncanny Valley will be presented October 2 – 26, 2014 in the venue’s “Theater B” and will have performances Tuesday-Sunday. Additional performance and special event details will be announced soon. Tickets are now available for purchase through the 59E59 Theaters website (www.59E59.org) or by calling TicketCentral at 212-279-4200. Uncanny Valley is produced in partnership with the National New Play Network, which is supporting this “rolling world premiere” that began with CATF and will later include productions at San Diego Repertory Theatre, InterAct Theatre Company (Philadelphia), and Capital Stage (Sacramento, CA).

In Shepherdstown, Uncanny Valley was performed 32 times (including three preview performances) before a total audience of 2,728 (89% capacity).

2014 SEASON: BEHIND THE NUMBERS

“Perhaps the most memorable character appears in Thomas Gibbons’s “Uncanny Valley” — the festival’s most satisfying offering — and happens to be a robot…The great pleasure of the production...is watching the marvelous (Alex) Podulke create a being who is first mechanized, but then increasingly and eerily human in gaze, movement and speech. By the play’s final scene, after a thriller-worthy plot twist has radically altered Julian’s identity, this piece of anthropomorphized technology is almost —but, creepily, not quite —like an ordinary mortal…An acting tour de force…But the real strength of Gibbons’s play is that it makes us think, not so much about science news, but about our own awareness and the mysteries of the mundane.” – Celia Wren, The Washington Post.

“In this drama, the author’s presentation, characters, and mind-bending human puzzles can awaken a latent intellect or a dormant reasoning capacity in a way we’ve rarely seen in any performing arts format form in recent memory…We can’t go further because it would spoil the emotion and brain-busting exhilaration and sadness that most will encounter if they choose to pick up a ticket for this extraordinary play.” – Terry Ponick, Communities Digital News.

“These dreamy, spacy scenes are so expertly staged and exquisitely acted, you are sucked right into the exclusive relationship between Julian and Claire. Podulke and Kingsley achieve such a perfect mother-son bond it is almost an intrusion when the outside world creeps in.” – DC Theatre Scene

“Uncanny Valley is the whole package, everything you want a new play to be but seldom see: unique, thought-provoking, designed to evoke extraordinary performances, and filled with the unexpected.” --Broadway World/Baltimore