More Stars Than There Are in Heaven Based on Tennessee Williams 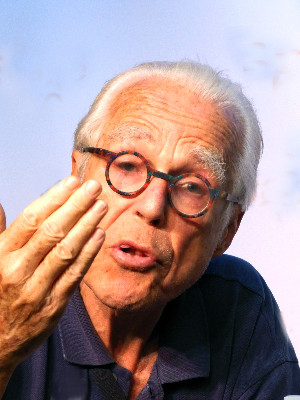 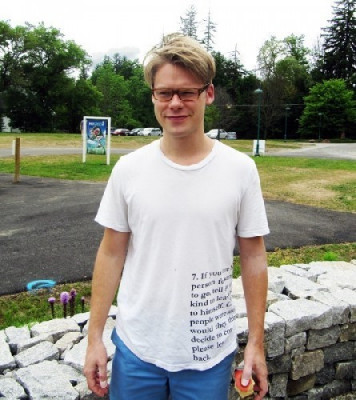 Actor Randy Harrison will participate in the reading. Giuliano photo.

This summer the playwright John Guare met with the Berkshire media to discuss his adaptation of the screwball comedy His Girl Friday. The vintage newspaper themed play is enjoying a successful run at Barrington Stage Company.

During the tenth annual Tennessee Williams Festival in Provincetown, September 24 to 27, there will be another staged reading of a work by Guare More Stars Than There Are in Heaven adapted from a short story by Williams.

Included in the cast will be Randy Harrison who has regularly performed for the Berkshire Theatre Festival.

What follows is the festival's press release.

David Kaplan, the curator of the Tennessee Williams Festival said, “This year, we are thrilled to have one of today’s great American playwright with us -- John Guare.  The world-renown author of Six Degrees of Separation and The House of Blue Leaves, is bringing a staged reading of his new laugh out-loud-play, More Stars Than There Are in Heaven, to our 10th Anniversary celebration of the life and work of Tennessee Williams.”

The play is an adaptation of Williams’ short story, "The Mattress by the Tomato Patch."  The story and the play expose a time in young Williams’ life when he was toiling for MGM and learning about life from his Marxist landlady.
The staged reading stars Randy Harrison, Lusia Strus, and Drena De Niro. The cast is rounded out with David Elyha, Natalie Tenenbaum, and Joseph W. Rodriguez. Harrison became well-known as the gay young teen in the groundbreaking TV series, “Queer as Folk,” and has since been appearing in regional theaters in starring roles in many plays including Equus and Amadeus.
Lucia Strus, noted for her eclectic character portrayals on stage and film, has been seen in the films “Restless,”  “Miss Congeniality 2,” and is unforgettable for her hilarious portrayal of Adam Sandler’s assistant in “50 First Dates.”
Director and actress Drena Di Niro won the Best Directorial Debut for a Documentary Award at the New York Independent Film and Video Festival in 2001, and has been acting in films and TV including “Hands of Stone,” On the Run,” and “Boardwalk Empire.”
“We’re very proud to have this rare chance to share in this developing work from one of the world's best-known playwrights,” Kaplan continued.   “John is a great admirer of Tennessee Williams.  He was with us at the beginning, speaking at our 2nd Annual Fest.  About Williams he said, "Williams has had a tremendous influence, not only on me, but on all of the American theatre.  He taught me never to write a flat line. Never. To make it a moral obligation to risk lines, to put emotion in them, to make them sing.”
The staged reading is produced by Playhouse Creatures Theatre Company in association with Provincetown Tennessee Williams Theater Festival.  Directed by Cosmin Chivu who directed a well-received production of The Mutilated with Mink Stole and Penny Arcade for the 2013 Festival, as well as a moving version of Something Cloudy, Something Clear, performed on a Provincetown beach in 2011.
Back to Front Page Section Home