Heather Fisch at the Mahaiwe 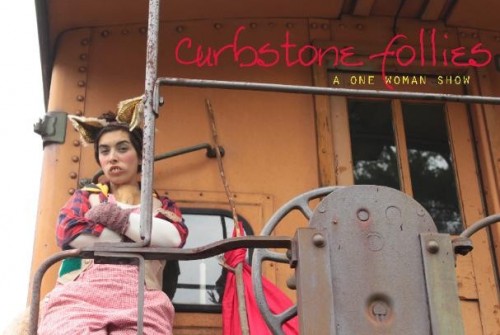 Curbstone Follies at the Mahaiwe. 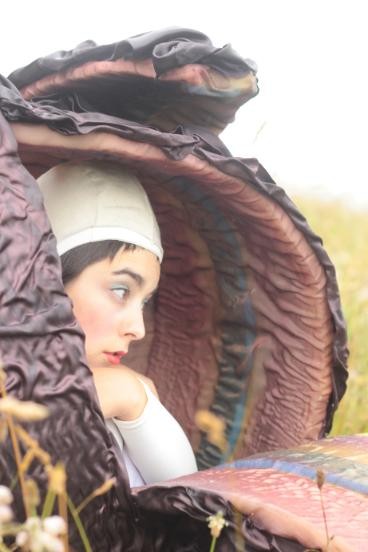 The audience enjoyed the one woman show.

Heather Fisch is the moon, the sun, five kinds of woman and a fox in her one woman show. Okay, she’s not everything but she plays everything and plays it all pretty well.

Here, I have to make a confession. I arrived to the Mahaiwe nearly half an hour late. Not to make excuses but people on vacation or new to the region, tend to assume that a few things are universal.

In live theatre, the curtain usually rises at 8:00 pm. That’s an assumption. Some of us are completely caught off-guard and off-balance by a play that starts at another time, like, for example, 7:00 pm.

That said, Heather Fisch was, for the most part delightful. We are not told “now I am happy” or “Now I am sad.” We are not given the flat facts of a person’s chronology, instead we proceed step by step with Fisch’s creation, Soppy, through the trials of her short life.

The show incorporates dance, storytelling, myth and music. It is by turns, hypnotic and hilarious as Soppy loses her fiance, her clothes, her soul - her way and finds it all again.

The piece is made up of short scenes broken up by film vignettes. They feature Soppy in her long silver coat and pink and white dress, cheeks glowing, eyes sparkling. She goes through every archetypal trial, including getting tied to the railroad tracks and rescued by a friendly fox who has himself been rescued by an angel after being shot on a boxcar.

Costumes are a standout. The colors and shapes of each costume define the character Fisch plays, from the fox himself, to a stripper to an earth goddess in white with the tools of creation hanging from around her waist, flowers growing from a turban and bells on her ankles. Colorful costumes and Fisch’s own dexterity with physical acting, play well against a minimalist set.

Particularly charming was a bit about Soppy as an inept burlesque dancer. She begins uncertainly and as her confidence rises, she plays to the audience with sheer joy but not much more skill - the result is completely endearing. We were all rooting for her.

In fact, the whole piece had the audience beguiled.

At the end of the performance, once the audience had settled, Fisch walked to the center of the stage and thanked everyone who had participated, from the stage hands to the audience. It was touching, unaffected and sincere. If you weren’t already a fan (and I suspect most of the audience already was) Curbstone Follies would be enough to make you interested in the rest of Fisch’s career and keep you watching for her next performance (which I strongly suggest you do)

Fisch is a performer to watch. Who knows how much longer she’ll be in the Berkshires, her talent and her love of the art will almost certainly take her to larger stages in bigger places. Places where the audience goes to supper before the show and the curtain always rises at 8:00 pm.