Charming Comedy in a Perfect Setting 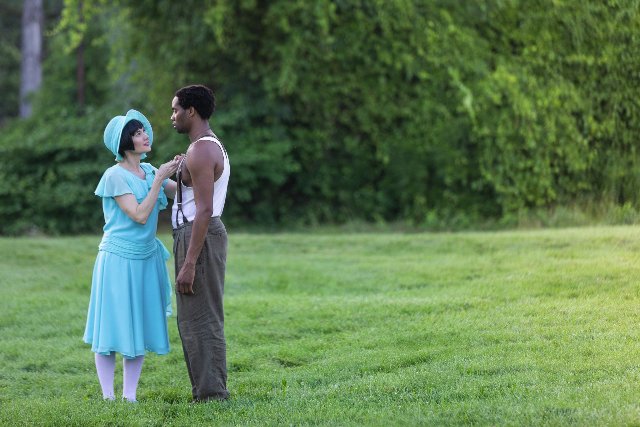 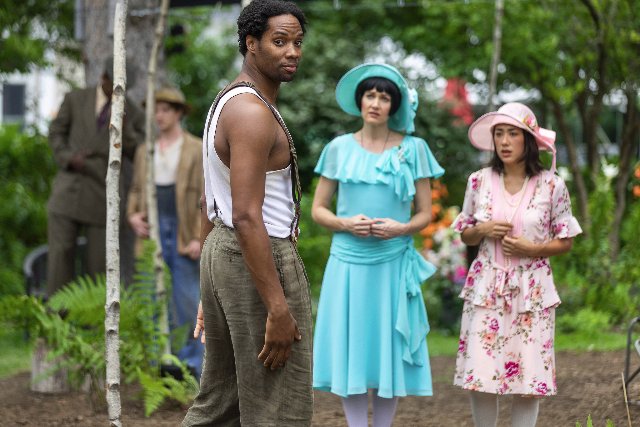 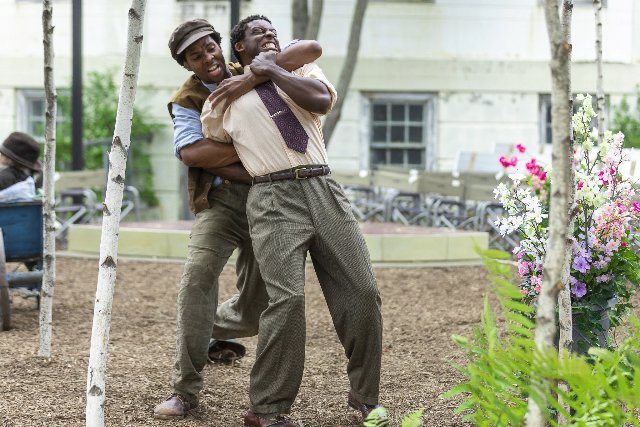 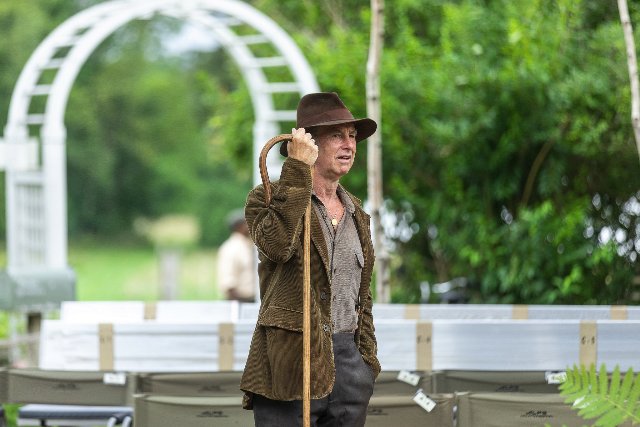 “All the world’s a stage, and all the men and women merely players.  They have their exits and their entrances.  And one man in his time plays many parts, his acts being seven ages.”

The most famous speech in As You Like It is the "Seven Ages of Man" in Act 2, Scene 7.

As You Like It is a play about romance and role-playing, a comedy that confuses gender roles and shows how bewildering and yet utterly wonderful life can be.  The plot can be confusing, and the role playing humorous, but the audience always senses all will turn out okay.

Duke Senior is forced into exile by his brother Duke Frederick and takes refuge in the Forest of Arden with a band of loyal lords. Rosalind, his daughter, remains at court as a companion to her cousin Celia, Frederick’s daughter.

Orlando de Boys, the youngest son of the late Sir Rowland de Boys, had been kept in poverty by his brother, Oliver, since their father’s death.  Orlando decides to wrestle for his fortune at Frederick’s Court.  Rosalind witnesses the match, and as often happens in a Shakespeare play, she falls instantly in love with Orlando, and he with her.

Duke Frederick banishes Rosalind because he perceives her to be a threat to his rule, and Celia refuses to be parted from her cousin. They devise a plan to visit Duke Ferdinand in the Forest and wear disguises.  Rosalind becomes the boy Ganymede and Celia his sister Aliena.  They bring along the fool Touchstone to accompany them.

Aimee Doherty is convincing as a love-sick Rosalind, and as Ganymede, a direct and confident male giving advice to Orlando on how to court his love. Zoe Laiz as her cousin Celia, portrays the faithful friend with grace and, sometimes, impatience.  And MaConnia Chesser dominates each time she is on stage as the foolish Touchstone, who also falls in love in the Forest of Arden.

Allyn Burrows’ direction keeps the action flowing and the setting of the Roaring 20s is well-served by the music and costumes, thanks to music director Gregory Boover (who charmingly sings and plays guitar as well) and costume designer, Govane Loohbauer.

How appropriate to choose the 20’s!  A time of bursting gender roles that fits so well with the message of this play.

The Roman Garden Theatre setting is perfect for this comedy, offering many entrance and exit points and bringing in the audience as witnesses to this wild series of role-playing.

To get back to the story, Orlando also flees to the Forest after hearing of a plot by his brother to kill him.  He posts love poems throughout the Forest and encounters Rosalind as Ganymede, and she persuades Orlando to prove his strength of love by wooing Ganymede as if he were Rosalind.

Love blooms elsewhere in the Forest. The shepherd Silvius suffers unrequited love for Phoebe, who has fallen for Ganymede, while Touchstone pursues the goat-herder Audrey.

While the mechanics of these loves, pairings and role playing get complicated, in the end all the love matches are made.  Out come the brides, in beautiful 20’s wedding dresses, and all ends with love.

The changes in these characters have been instantaneous and the transformations may be due to the magical and restorative effects of life in the forest.  And the love that conquers also makes changes in the rule of law, with more rightful ruler Duke Senior.

As You Like It posits people can and do change, and they can change for the better.

This pastoral play emphasizes the therapeutic value of the woods and yet Shakespeare reminds us that life in Arden is temporary. As the characters at the end of the play, paired in love, return to Court, there is a suggestion that there is a delicate balance to seek between the country and the stress of the city.