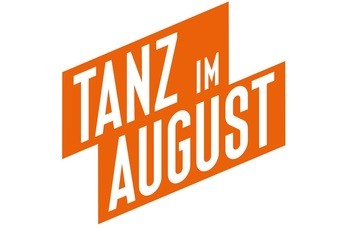 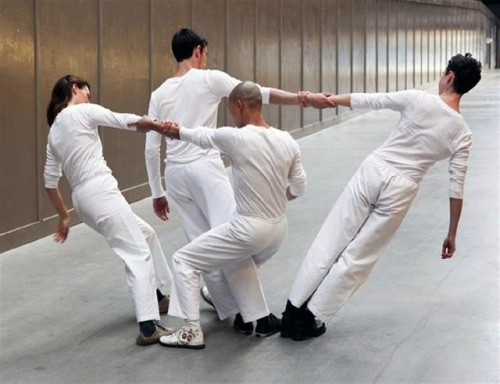 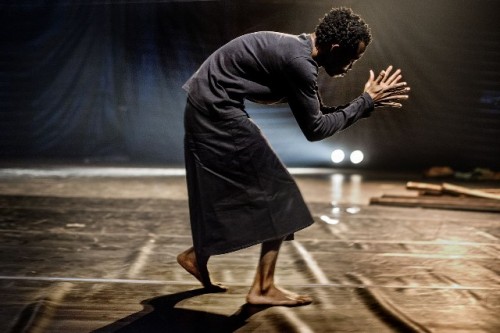 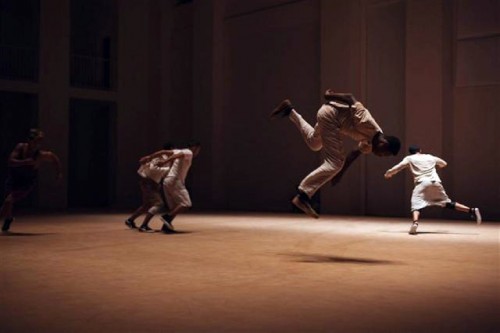 Germany’s most important contemporary dance festival “Tanz im August” celebrated its 25th anniversary from August 16th-31st 2013 with a spectacular program. Locations were at cultural centers of Berlin, mostly at the Hebbel am Ufer (HAU) theatres, Berliner Festspiele, the Sophiensaele, but also at unexpected venues such as the temple of contemporary art, Hamburger Bahnhof, and at Berlin’s most beautiful city square, the Gendarmenmarkt.

The curator Bettina Masuch brought back some of the important works of years past to investigate whether trends have faded or endured. Juxtaposed to these she introduced new players from the ever more globalized world of contemporary dance with an emphasis on the southern part of the globe like the African continent and Brazil but not to forget Asia. Where was contemporary dance 25 years ago and where is it going now? The festival offered a window into shifting patterns. Berlin gratefully acknowledged the task. The performances were sold out, artist talks frequented, and exhibitions and parties round out the festival.

It is exciting to be able to follow shifts and changes by comparing earlier performances with new developments. Opening day offered a perfect glimpse into the mechanisms of this year’s festival. New York’s Trisha Brown Dance Company delighted with early works from 1971-76. These minimal works, slow moving body sculptures really, were intriguing as ever. They reiterated the importance of this then epicenter of contemporary dance and created an elegant entrée to David Michalek’s more recent “Slow Dancing” on the following day. His gigantic open-air video installation on Gendarmenmarkt stunned onlookers for the entire course of the festival.  Arranged as triptych, the American Michalek presented 54 dancers in 10-minute sequences in slow motion, social sculptures so to speak, creating almost mystical trances and a contemplative dialogue to Trisha Browns early work.

Then, in the evening of opening day the shift towards new forms of expression from the “southern spheres” were elucidated. Faustin Linyekula from the Congo investigated in the 2013 work “Drums and Digging” the problems of his homeland. The plea to remembering the history of his people and the search for a new beginning, a new dream became the focus in this narrative dance work. This much sought after choreographer convincingly matched message with performance.

However, when choreographers get too polemic and too focused on events in their countries, alien to Westerners, as in “The Inkomati (dis)cord” by Boyzie Cekwana from South Africa and Panaibra Canda from Mozambique, they loose the public. The attempt to shed light on some of  the political machinations of their countries is received as too convoluted, when dance scenes of handicapped, long monologues, or the play with misunderstandings is pressed into one work.

One of the premieres of the festival, Jochen Roller’s “Trachtenbummler” is perfect for preparing Oktoberfest, but the assessment of folklore dances throughout Germany was not as interesting as expected. Totally exciting though is the work of Philippino choreographer and pole dancer Eisa Jocson  “Macho Dancer.” She used the club scene entertainment of male dancers to transgress gender concepts and points to flaws in weak and strong patterns attributed to each sex.

Sexual, in a very self–indulging way, and using the premise of light-heartedly dancing through forms of 20th Century modern dance, is Tino Sehgals’ “Untitled” from 2000.  It was danced in 3 performances by 3 different dancers, with Boris Charmatz dancing the last performance.  Since Sehgals became well known for his choreographed situations performed in museums, a “museum of dance made flesh” as it is touted, it fit perfectly into one of the festival’s  focal points – the dialogue between dance and the visual arts.

New York based choreographer Trajal Harrell fits into the same focal point with his postmodern work including Voguing and having the irritatingly long title  “Judson Church is Ringing in Harlem (Made-To Measure/Twenty Looks or Paris is Burning at The Judson Church (M2M).”  Here dance and visual art did not quite come together.

It was one of the strengths of this festival to have made selections that combine aspects of dance, visual displays and musical and oral dialogues into elucidating cultural peculiarities. Perfect adherence to dance formulas is no longer the goal, but functions almost as side product to the message.

Two of the most stunning presentations of these new “Gesamtkunstwerke”  (Complete art works), though much different from each other, were Iztok Kova? and his En-Knap company with “Ottetto”  and Cecilia Bengolea and François Chaignaud’s production of “altered natives’ Say Yes to Another Excess – TWERK.”  The Slovenian Kova? impressed with a work where his five dancers move to absolute perfection to Stravinsky’s “Octet” and to orchestrated light phantasies. The Brazilian Bengolea and the French Chaignaud’s work  presented an absolute indulgence in frenzied sound, dance, neon lights and costumes.

Bruno Beltrão, another Brazilian choreographer, intrigued the audience with “CRACKz (Dança morta).” He fused hip-hop aspects with appropriations from information technologies into a powerful convolute of bodies in constant move and constant transformation.

Actually, the 25th “Tanz im August” may be called the dance festival of transformation – to look back on past accomplishments, integrate them and go on to a globalized, inclusive approach that does include dance into a more comprehensive mode of expressions. The next 25 years should tell us more.