A 500-year-old Urban Jewel in the Caribbean 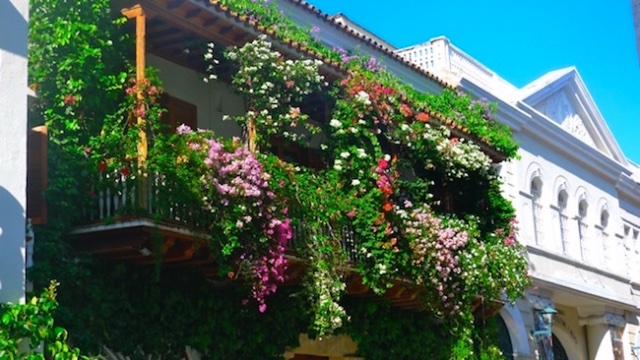 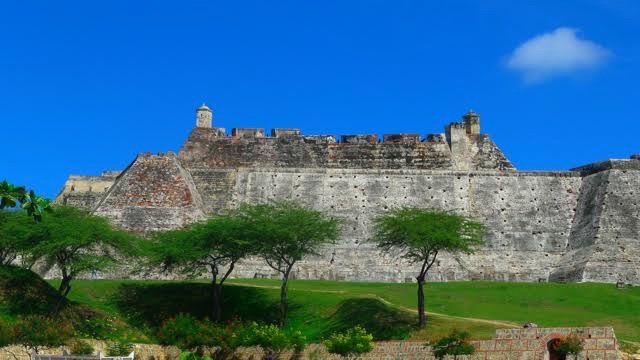 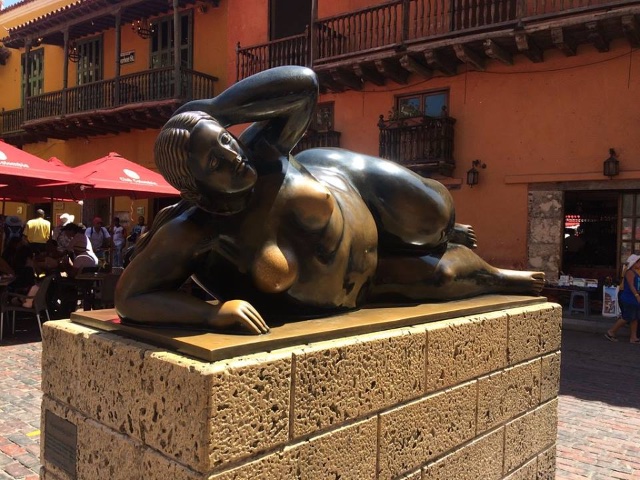 La Gorda Gertrudis is a large bronze sculpture by the famous Colombian artist Fernando Botero. Set in the center of Cartagena's Plaza Santo Domingo, it is a great photo op.

A wonderful and nationally famous expressionist mural in the Cartagena, Columbia visually vibrant, beloved Getsemani Neighborhood. Cartagena is a city appreciated for its history and tradition.

Urban planning is the formulating of a strategy for design and regulation of the uses of space in a city, town, or metropolitan region. The profession focuses on the physical form, economic functions, and social impacts of the urban environment, as well as on the specific location of different activities within the city space. Urban planning draws on engineering, architecture, and landscape architecture, as well as economic, social, and political concerns. Thus it is a technical profession that depends on political will and public participation — in order for it to succeed development must be regulated.

Urban planning concerns itself with both the development of open spaces and the revitalization and sometimes restoration of existing areas around the city. Juggling goal-setting, data collection, analysis, forecasting, design, strategic thinking ,and public consultation, the urban planner is in part a tinker, tailor, soldier, sailor, rich man, poor man, beggar man; but rather than a thief, he or she is a borrower who is often making due with limited resources.

Over the last quarter of century, town planners have morphed from serving as reactive functionaries to active innovators of programs and policies. This has inevitably led to the creation of a more dynamic civic atmosphere. Though there are limits to how politically progressive town planners can be.  In the early 21st century, the somewhat overused term sustainable development represents an ideal, though in reality it serves as a rather vague outcome for urban planning goals.

The romantic and culturally rich city of Cartagena, Columbia is a marvelous example of strategic urban planning at the service of preserving the past. Located on the coast of the western side of the Caribbean, the metropolis has a nearly 500-year old history that — against huge odds — has been physically and architecturally maintained.

Founded in 1533 by the Spanish, Cartagena was named after Cartagena, Spain which itself was named after Carthage in Tunisia. The walled Old Town (el Centro Historico), was built between the 16th and 18th centuries and it contains charming public squares, a maze of narrow, cobblestone streets, cascades of bougainvillea, intricately decorated architecture and multi-colored colonial facades. Sprinkled in between are shops, open air cafes, chic bars.

Over the centuries, far-seeing governors and mayors have protected the integrity of the Old Town, preserving its 3.5 mile wall, which projects (and protects) an extraordinary sense of place. The historic wall is the largest in the Americas. San Juan, Puerto Rico only has a vestige of its old defensive city wall left, while Havana, Cuba tore its walls completely down for reuse in contemporary buildings. Cartagena’s colonial walled city and fortress were designated a UNESCO World Heritage Site in 1984.

Cartagena is strategically located between the Magdalena and Sinú Rivers; it became the main port for trade between Spain and its overseas empire by the early 1540s. Because its walls and fort  during the colonial period were effective defenses against pirate and enemy nations’ attacks, it was a key port for the export of Peruvian silver, Columbian emeralds, and various South American goods. It was also a center for the importation of African slaves. Today, with a population of nearly a million, Cartagena is the the fifth-largest urban area in the country. White sand beaches surround the city. Major economic activities include maritime and petrochemicals industries, as well as tourism.

For the past 15 years, the Director of Heritage and Culture of the city of Cartagena has been the impressively knowledgeable Alfonso Cabrera Cruz. He oversees architectural heritage projects, including restorations and additional building on historic structures throughout the Old Town (el Centro Historico) as well as the other neighborhoods in Cartagena. Fortunately, he is also a restoration architect who has a masters in heritage management and a doctorate in architectural history.

Cabrera’s mandated mission is to conserve the tangible and intangible cultural heritage of the District of Cartagena de Indias (its official name) in its broadest dimension. He does this through a number of ways, via research, identification, documentation, recovery, protection, conservation, promotion, dissemination,  sustainability, and evolving processes of sensitive control

His responsibilities are wide-ranging, from approving the size of commercial signage and the placement of public murals (highly restrictive in terms of locations)  to advocating procedures for the mitigation of climate change and rising water levels. Like New Orleans, Venice, Miami, and even Boston, Cartagena is among the low lying costal cities that will be greatly effected by rising sea levels and serious flooding. Cabrera is highly involved in creating a plan to stem the encroaching problem of the rising ocean as soon as possible. Cartagena’s heritage must not drown.

As a developing country, Colombia has had considerable problems with corruption, ranging from federal government officials to Cartagena’s mayors. This situation adds to the challenges of coming up with long-term strategic civic planning and preservation oversight.

Cabrera is very precise, which means he is strict. Besides having to grapple with “normal” (and often outrageous) developer threats, curses, and “official” business owner complaints, he must regulate and adjudicate the aesthetics of el Centro Historico and other historic or culturally significant neighborhoods. He finds himself having to educate government officials, including mayors and their staffs, about rising sea levels. His major obstacle is the inconsistency of personnel; the mayoral position has become a revolving door. Once Cabrera properly mentors one administration, it is often forced out after just 12 to 18 months. Strategic planning is inevitably hogtied; it is amazing that he has accomplished what he has.

While on a recent visit to Cartagena, I often noted the beautiful flowers and plantings on the first and second floor exteriors of many of the houses and hospitality structures throughout the Old Town. I learned from people in the neighborhood that the flowers on display are often different colors, depending upon the time of year. Two separate life-long residents of the city told me that, previously, there had been an annual civic competition to choose the best arrangement of flowers on houses in the Old Town. The winner would pay no taxes for the following year. Both of my informants insisted that this competition had been discontinued in the recent past.

However, when I asked Cabrera about the competition, he said he had never heard of the contest. If it had ever existed, surely his office would have overseen it. In other words, the Cartagena flowers competition is an urban myth, just the kind of misinformation that an urban planner has to combat.