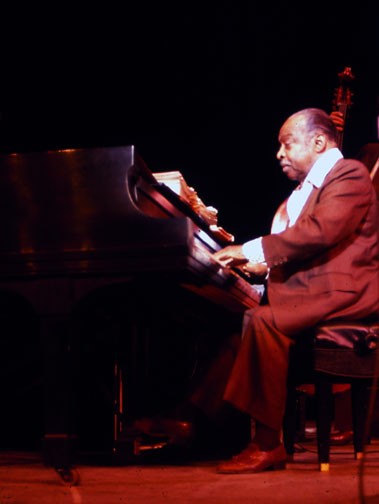 Count Basie at the piano. Vintage images by Charles Giuliano. 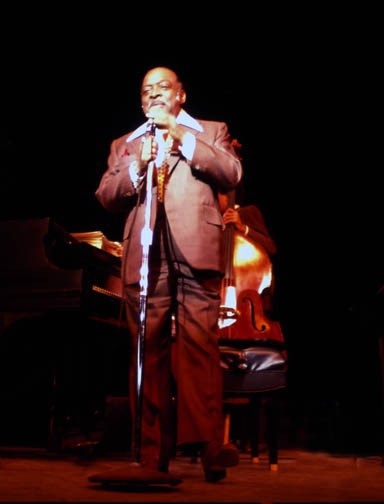 Basie made some remarks. 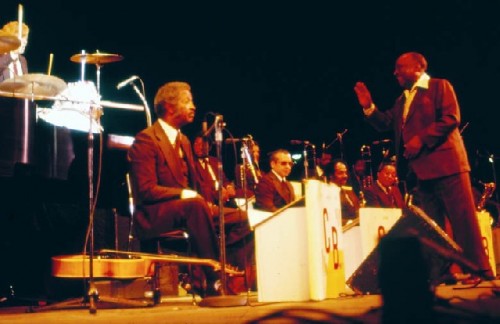 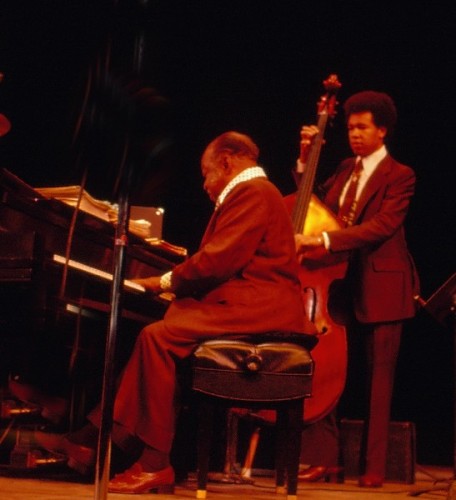 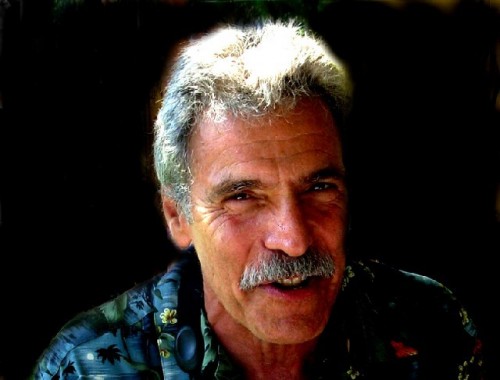 Eddie Daniels is a favorite at Tanglewood. Giuliano photo. 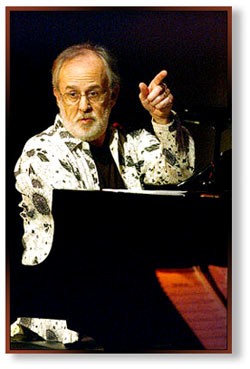 What a difference a day makes. Just 24 little hours.

After the iffy weather and showers of Saturday, with a blustery evening, there was a cool but clear Sunday afternoon. It brought out a throng of picnickers setting up camp around the open end of Ozawa Hall. Inside there was a full house.

There was a perfect ambiance to get down and groove with the top billed Legendary Count Basie Orchestra. While Basie passed on in 1984 the band has continued to tour. Yesterday, Bill Hughes led the band but will be passing on the baton in just a couple of weeks to a younger leader.

In making introductory remarks Ed Bride, the artistic director of the Pittsfield Jazz Festival which will return in October, sketched in the era of the Big Bands. He evoked visions of the 1970s when the Big Bands regularly toured with appearances in the Berkshires.

His comments particularly resonated with me as I first saw the Duke Ellington band as teenager at George Wein’s old club in Copley Square, Storyville. Later, I got to interview the Duke which was strange and memorable indeed. I hung out a lot with Stan Kenton during his gigs in Boston. And regularly chatted with Buddy Rich at Lennies on the Turnpike. I got a wiggy response from Maynard Ferguson when I asked him about dropping acid with Tim Leary. For this article I dug into the photo file to come up with vintage images of Basie. I drove Woody Herman from a gig at Sandy’s in Beverly to a hotel in Boston. That was a drive I never wanted to end.

As Ed put it “and then there was one.” The Big Band era is now reduced to just the touring Basic band. In a way it is fitting. As one of the first, and most important of the bands it is apt that the music of Bill “Count” Basie survives.

In fact it’s a fluke. Basie (1904-1984) joined the Bennie Moten band in Kansas City.  Just before Moten (1894-1935) was set for a tour he was scheduled for a tonsillectomy. The night before the procedure he was out drinking with his physician. There was a slip up and Moten died on the table.

In the confusion that followed Basie took over leadership of the band. It became unique for its head arrangement and many side men who formed the bop style based in blues forms and improvisation. Compared to the elaborate arrangements of Ellington, the Basie style allowed for a lot of freedom, and improvisation. At the piano Basie was known for his minimalist runs and blocks of chords. Rarely did he call attention to himself. But the band became a haven for musicians and arrangers. They all put their stamp on the sound.

John Hammond, who was a Yale grad, jazz fan, and fledgling producer for the pop division of Columbia records, allegedly picked up a live broadcast from Kansas City while driving around in his car late at night. He checked it out and found a treasure trove of music. Before he could bring Basie to Columbia Count signed a contract with Decca. It took a long time to get out of that contract and ironically the Best of Basie is all on Decca. What incredible sides. Hammond brought Billie Holiday to Basie. As he had, briefly, to his brother in law, Benny Goodman. Hammond was the producer for the last of the Bessie Smith sessions. He is also credited with signing Bob Dylan and Bruce Springsteen to Columbia.

Because of its simplicity and ability to swing the blues the Basie band was always know for great vocalists. It started with Jimmy Rushing and Helen Humes. Later Joe Williams and memorable sessions with Lambert, Hendricks and Ross, Tony Bennett, and Frank Sinatra to mention but a few. You check out those Decca tracks for vintage Lester Young and Buck Clayton. But the legendary Hot Lips Page left for his own recording career and is not on those early Basie sides.

There were many phases and I particularly love the Frank Foster arrangements. Last night they performed his standard “Shiny Stockings.” But they passed, how disappointing, on the Wild Bill Davis charts for “April in Paris.”

In fact many of the selections performed were from the obscure aspects of the Basie library. Nevertheless, the Basie band swung the daylights out of every number.

We were put on notice immediately. There was a soft intro from the rhythm section on the ballad “All of Me.” Then on the chorus a full blast from the band that blew the audience away. There were shock waves that reverberated out on the lawn and over the hill. After that we just settled into a groove.

As a front man it was hard to follow the overly soft spoken and rigid Bill Hughes. Only after the applause died down was it possible to hear his brief introductions. The band followed with an obscure but tasty version of “Sixteen Men Swinging.” Then a bluesy arrangement from Frank Foster another tune, the title of which, Hughes just mumbled.

The sounds of “Shiny Stockings” came through loud and clear followed by the melancholy “Lil’ Darling.” It almost brought me to tears thinking about John Hendricks and Joe Williams. They followed with “Things Ain’t What They Used to Be” and “Good Times Blues.”

Hughes departed introducing Carmen Bradford as guest singer. It seems she toured with Basie for nine years and was the last vocalist he hired. She sent an air kiss to John Williams, the baritone sax player, who was with Basie during his final days. As was Hughes.

Brushing back tears Bradford sang “My Shining Hour” “Young and Foolish” and “I Love Being Here with You.” Hughes returned to close the set with the Basie theme song “One O’Clock Jump.”

The afternoon opened with a set by Eddie Daniels on clarinet as well as a bit of tenor sax. He paired up with long time partner Bob James on piano. They are both adept classical as well as jazz musicians. One might describe their music as chamber jazz with fierce improvisation.

Daniels is a Tanglewood favorite whom we last heard in 2008.

He asked the audience to listen carefully and see if they recognized the tune. It was a James arrangement of the standard “Making Whoopie.” Most of the audience caught the changes and found it just delightful.

It seems that Daniels will soon be visiting Argentina to perform in a jazz arrangement for symphony orchestra. For the occasion he has written a tango. But he informed us he knows nothing about the tango and an Argentine composer told him it sounded more like Bossa Nova which is primarily Brazilian. So he has titled the composition “Tango Nova.” Whatever, it was a musical treat.

It was a great afternoon at Tanglewood. And a wonderful way to wind down an incredible season of music in Lenox.