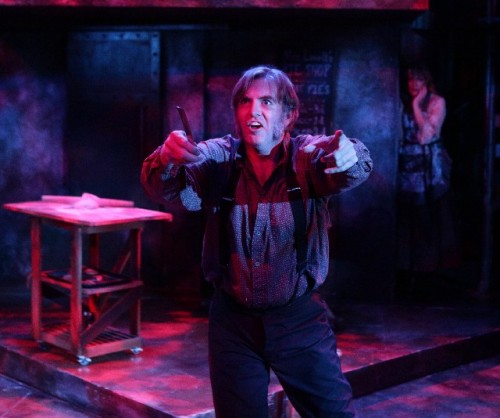 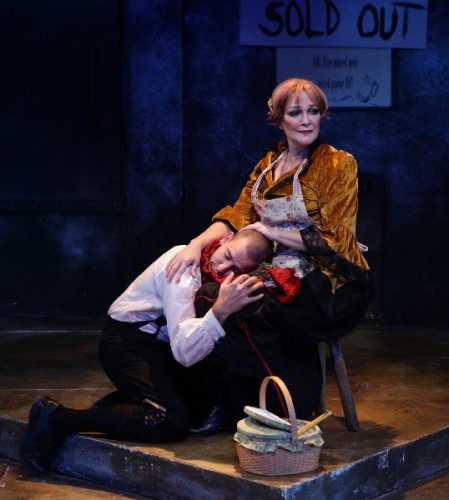 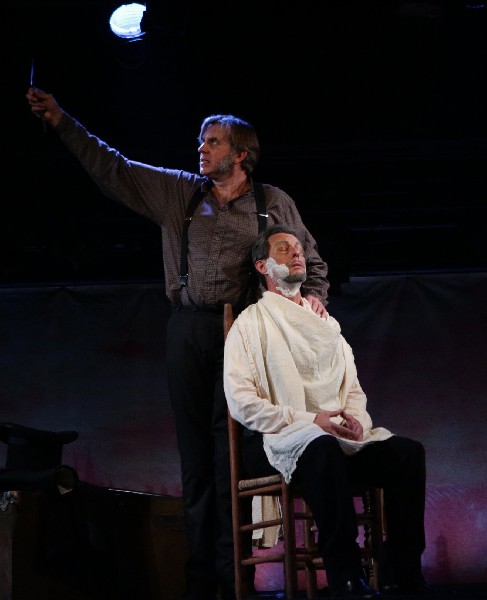 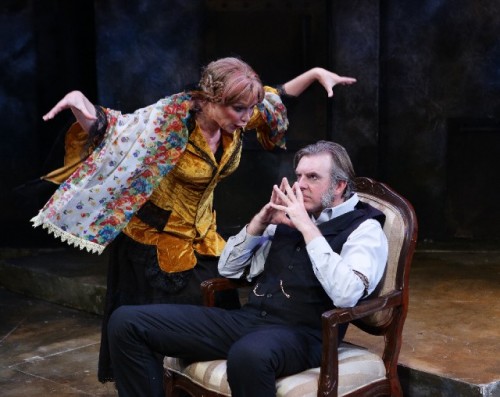 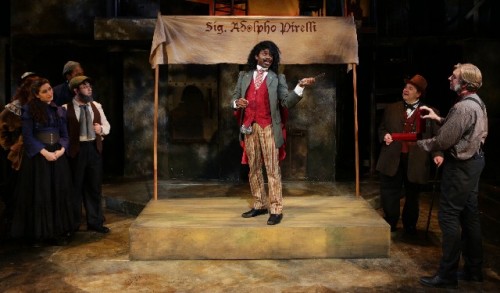 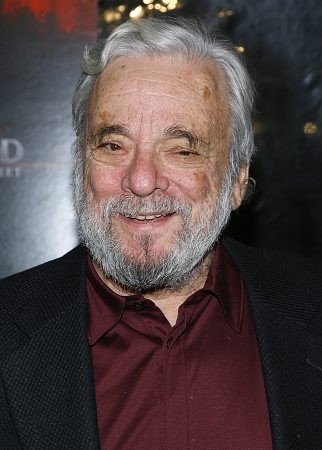 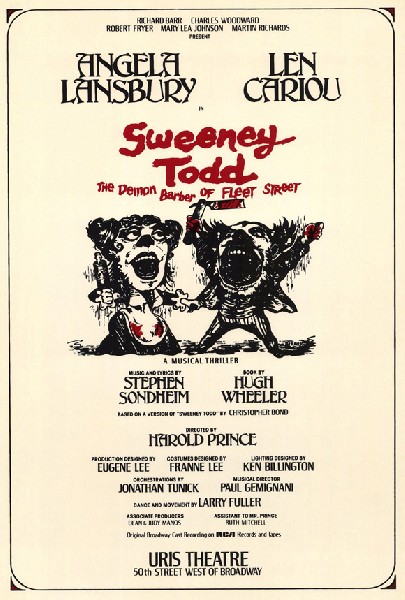 Set in a creepy corner of 19th Century London, the LyricStage has opened its 2014-15 season with a magnificent presentation of Stephen Sondheim's 1979 musical thriller. The musical tells the cleverly witty horror story of Benjamin Barker, aka Sweeney Todd, who returns to England after 15 years from imprisonment exile on trumped up charges to reek revenge on the corrupt judge that improperly banished him.

Everyone seems to know the story. Sweeney Todd is a barber. But instead of just giving a haircut and clean shave, he slits the throats of his customers working his way to the judge who ruined him and his factotum Beadle, a police official. A solution to the growing body count is to grind up the corpses for meat pies sold by his landlady Mrs. Lovett. The pies are quickly a culinary hit.

Eventually, Sweeney locates his lost daughter and kills his enemies. All evil doers are punished in the end. For these and other reasons, the show is much more a tragic opera than conventional happy ending musical.

The lilting music and moody orchestration along with the exacting choreographed movement in the rather confined space add brilliantly to the sound, fill and vision of the theatrical experience.

Adding to the fine bones (pun intended) of this production is a vibrancy and cohesiveness that qualitatively fleshes out (oops!) this wonderful show. The tendons and ligaments of the show--the direction, the sets, the costumes to outstanding performances, give it graceful structure and form. If not a body electric, this musical is a completely electrifying body of work.

All of the stagecraft is noteworthy. Janie E. Howland's Scenic Design is 19th century gritty Dickensian London, and Rafael Jaen's costume design seems period perfect. Both Howland and Jaen have thoughtfully and creatively drawn inspiration from the show’s lyrics and historical period.

The rest of the cast/ensemble are all quite fine in voice and action. The musicians are glorious.

It is easy to see that the direction and staging were a labor of theatrical love by Spiro Veloudos. Restraint rather than bombast punctuates the production. Blood is more often implied rather than shown. Throughout, Veloudos demonstrates in his artistic direction an affectionate vitality and a theatrical and musical devotion to the now 35 year old classic.

A theatrical event, Sweeney Todd is about crimes-- committed and otherwise. It is a story of injustice and vengeance crafted around flawed individuals trying to love and live in a harsh, hard unforgiving environment.

With its brilliant jewel-like faceted music and characters, this show speaks to the darker side of our humanity while celebrating familial and romantic love. Reaching up to the formidable heights of its music and Tony and Olivier Award winning history, this Lyric Stage Company production of Sweeney Todd is a wonderful tour de force of stagecraft, direction and performances.