PBS uses the Public Airwaves to Pump The Met 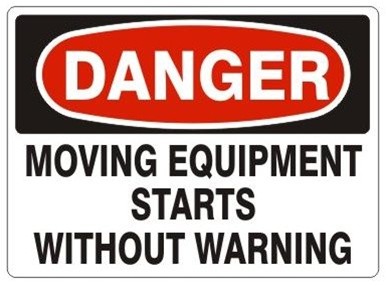 The difficulties and dangers of the machine’s rake and falling planks are minimized.

PBS to air infomercial for the Metropolitan Opera.

Metropolitan Opera General Manager Peter Gelb's repeated efforts to control negative media reports have been widely reported. Still it comes as a surprise to find an infomerical, financed by the Met, being run on the public airwaves.

Snippets have been broadcast to tease over the past two weeks.  We will be able to see them on September 10th.

These are the public's airwaves.  As citizens, we finance this latest manipulation by the Met. It is clearly an effort to disguise the universal story on this Ring production, aptly summarized by Alex Ross of the New Yorker:  "the most witless and wasteful production in modern operatic history."

PBS emailed their guidelines, which preclude exactly this kind of broadcast.

"A show should not be funded with revenues from the corporate parent and answerable in some way to the parent, is considered to have the same business or other interests as the parent corporation.”

Other red flags raised by stated policy positions: “…blatantly commercial or self-congratulatory” funding arrangements should be avoided.The program should be “responsive solely to the perceived needs of the public which it serves.” Programs should not be “so self-serving or self-congratulatory that a reasonable public could conclude that the program is on public television solely or principally because it promotes the funder’s products, services or other business interests.”

PBS quickly removed a sponsor’s olive oil from a Lidia Bastianich cooking show. How could PBS possibly remove the 90,000 pound machine at the center of the Ring?  But surely the machine is the Metropolitan Opera’s snake oil. (PBS did not respond when I sent the Met's position and asked them to conform it to their standards.)

The Met, in an email, admitted to financing the program, called Wagner's Dream. "The costs of Wagner's Dream, which was initially financed by the Met (italics mine), were covered through revenues from PBS and other planned television distribution."   PBS paid to broadcast the infomercial.

The Met representative also stated that the producer/director had editorial freedom. Director Susan Froemke, an award winning documentarian whose career has been enhanced by opportunities provided by Gelb, admits that Gelb had his hand in the selection of the title for the film.  “Pursuing Wagner’s Dream" would have been better, but it was copyrighted,” Froemke stated in a phone interview.   I pointed out that titles can not be copyrighted. The chosen title Wagner's Dream suggests an inappropriate equation between Richard Wagner and Gelb/Robert LePage, the director of this new mounting of The Ring.

Questions arise watching the documentary. Why is the weakest and most inappropriate cast member, Deborah Voight, featured in the puff piece?   Why are important singers like Stephanie Blythe, Jonas Kaufman and Gerhard Siegel ignored?  Why were ninety-five percent of the reservations of an articulate opera critic cut out, and only his mildly enthusiastic remark left in?  (Froemke said she had neither the time nor the room for these additional comments.)

Jay Hunter Morris, who stepped in as Siegfried at the last minute, gets prime play.  He is charming and helps us understand the character's draw, but Morris is not a heldentenor.  He is the object of Voight's pitter-pattering heart, a touch probably added by Gelb who thinks that faux sex among fifty year olds draws a new, younger audience.

Reservations expressed by audience and important critics are nowhere to be seen on the PBS presentation.  Long gone are the days when John Kenneth Galbraith's opinions were counterpoised with Milton Friedman's.

This one-sided view would be innocent enough if the documentary did not drive traffic to the Met's Box office where tickets can cost $662.50.   How much should you pay for at best a yawn?  And, more importantly, should the public pay to promote the Metropolitan Opera?