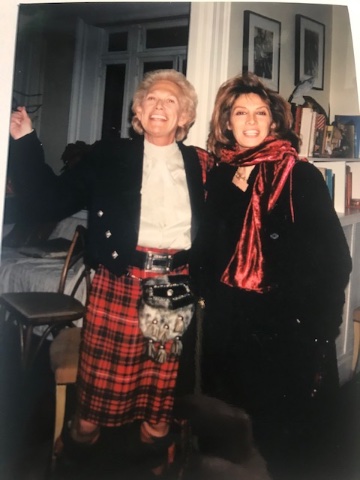 Iris Love and the author 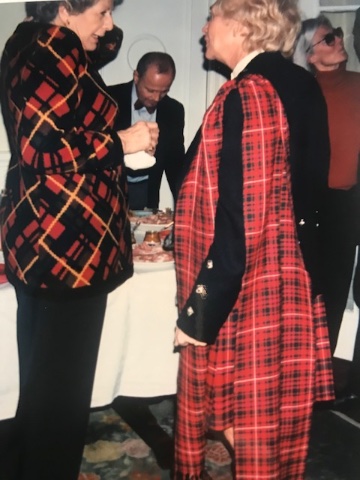 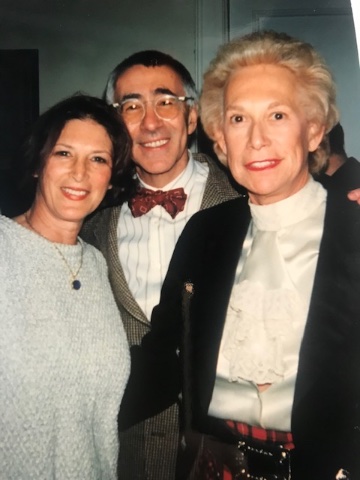 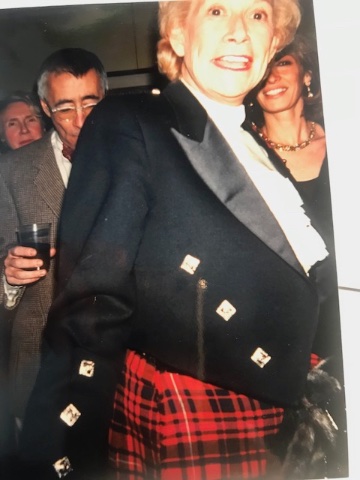 The doorbell rang. I was in bed. It was about 9pm and I was a little hung-over from the birthday party I’d hosted the night before. Who could it be?

Wearing nothing but a t-shirt and underwear, I opened the door just enough to see who it was.

In one hand she held an elaborately gift-wrapped package, in the other, a bottle of wine.

“Iris, What are you doing here?” I asked, truly startled.

“The birthday party, “ she responded. “But that was last night,” I replied.

Surprised, but unabashed, she stood there in the partially open doorway and began chatting with me.

Oh my God, she was not leaving.

She looked at me standing there in my underwear. She was amused. I was sheepish. I had no choice.  I invited her in. Two hours and two bottles of wine later, we said goodnight.

We used to call it “Iris Love time,” meaning when inviting her to dinner everyone knew to tell Iris to come an hour earlier than the rest of the guests, knowing full well she would be an hour, or two, late. But twenty-four hours surely was a record.

Iris was of course larger than life. In fact, she WAS life.

I’d met Love sometime in the late 1970s through Art Historians Diane Kelder and Barbara Rose. Iris was an archeologist. Not just an archeologist, but a famous one. In 1969 she graced the New York Times’ Magazine cover with her discovery of the temple  of Aphrodite in Knidos, Turkey. By the time I actually met  Love, she was more famous as a socialite and the partner of gossip columnist Liz Smith than as a classical archeologist. Her digging days were behind her, traded in for the glamour of celebrity fame. (As the great, great-granddaughter of Solomon Guggenheim,  and cousin of Peggy Guggenheim, she was no stranger to fame.)

I got to know Love the first time when we spied one another at Studio 54. This was no ordinary evening (though no evening at the world’s hippest nightclub was ever “ordinary.”)  The occasion was Bianca Jagger’s 30th birthday bash.  She was still married to Mick Jagger. The club was awash in celebrities.

For the birthday party, as a lark, Bianca was led around the club by a naked giant covered in gold glitter while she sat astride a gorgeous white horse. Who had ever seen a white horse inside a disco? No one. It was magical!

Iris and I chatted above the music, while she was constantly greeted by all the superstars  floating around.

The time that most stands out in my memory of  Iris was when I was a guest in her house in Vermont. I’d been invited by her and Liz to join a small group of friends. We were going skiing. I had only been on skies about four times in my life. Iris took us to Mad River Glen. Founded in 1948, it is the only ski area in the nation in the National Register of Historic Places. It is also home to some of the most challenging skiing in the East, known for its legendary bumps, narrow trails and steep slopes marked by deep cliff drops. Real skiers find it exhilarating. I did not. To calm my nerves Iris handed me a flask filled with whiskey.  It was 11 in the morning.

I managed to get down the slope in one piece. I never skied again.

For me the best part of that weekend included Iris teaching me how to do a very aerobic Russian folk  dance. At least that’s what I think it was. She was so agile with her amazing squat-bending and kicks in the air movements.

I never did that again either.

The last time I saw Iris was in 2016 at the legendary Chelsea Hotel. She came for a screening of my documentary. By that time she was far from agile, indeed, she was quite fragile and dependent on a walker. She was only about two hours late.