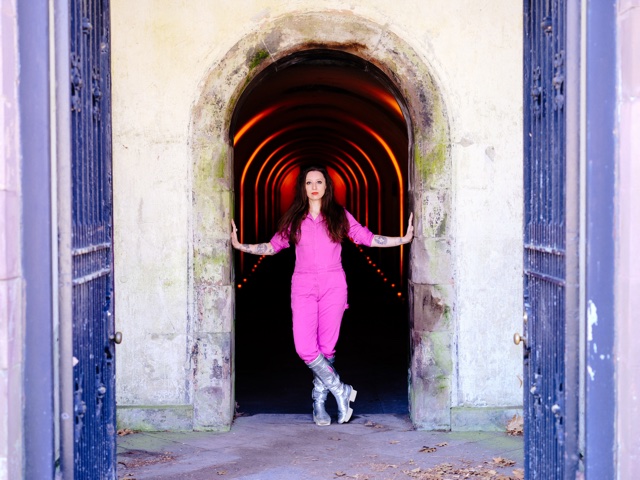 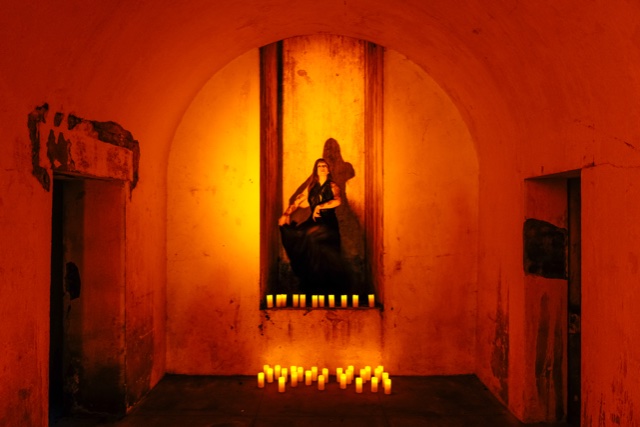 Daisy Press Bathed in Light at the Catacombs 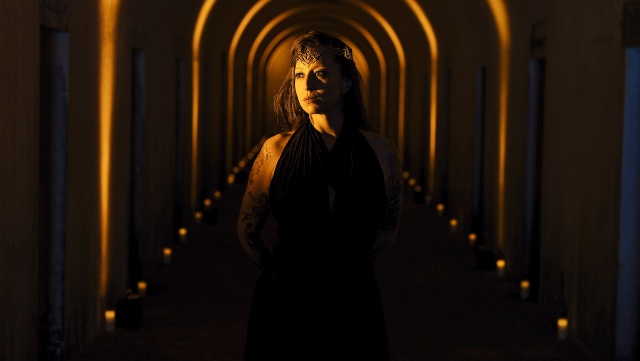 Daisy Press Brings a 12th century nun to the present.

You Are the Flower - Music from Hildegard von Bingen

Death of Classical keeps classical music alive in unusual and inviting locations and attracts the curious who often are unfamiliar with this form of music. Collaborating with the Green-Wood Cemetery in the Angel’s Share series, the audience walked through the beautiful Brooklyn graveyard to its Catacombs for a mesmerizing presentation of songs by a twelfth century composer, herbalist and politician. Hildegard Von Bingen was never elevated to sainthood.  Yet she has been a saint for many feminists and holisttic practionners.

Daisy Press, an iconic Brooklyn figure, sang eight of von Bingen chants. Press was bathed in pink and lavender lights.  Another Brooklyn fixture, Hybrid Movement, created  images which swept across the narrow, long ceiling of the Catacombs until they blended with the stage lights.  Sometimes they seemed to be swallowed  up by ceiling holes which dot the area at regular intervals.

Daisy Press tells best of her selection of songs;  “This evening’s performance…conjures, in this small sacred space, various forms of the Feminine present in Hildegard’s consciousness.  Favus Distillans and Spiritui Sancto are haunting, sensuous medications on the martyr St. Ursula and her miraculous, tragic sea voyages while she is flanked by 11,000 companions.  In Karitas Habundat, Hildegard personifies charity or kindness, as the one true force that stretches underneath the deepest depth of reality, to the other side of the stars.  Laus Trinitati praises an unusual re-casting of the characters in the Trinity: the Sound, the Life and the Creative Force, and hints in wonder at our human blindness to the Universes’s most darkly shining secrets.  Finally in Clarissima Mater and Ave Maria, Hildegard spins out into her own highest states of melismatic ecstasy, proclaiming Mary to be the one North Star; the Creator of Life.”

The performance is serene, intense and measured.  Press sings in pure tones which match various messages.  She accompanies herself with unusual instruments: wind chimes, crystal singing bowls and shrui boxes.

We enter this world in our imagination and sense in the end no matter what rules society lays down for women, or anyone, ways can be found to go forward on one’s own terms.

This is the invitation of the evening, delivered with a special grace and beauty. A time out to be treasured.